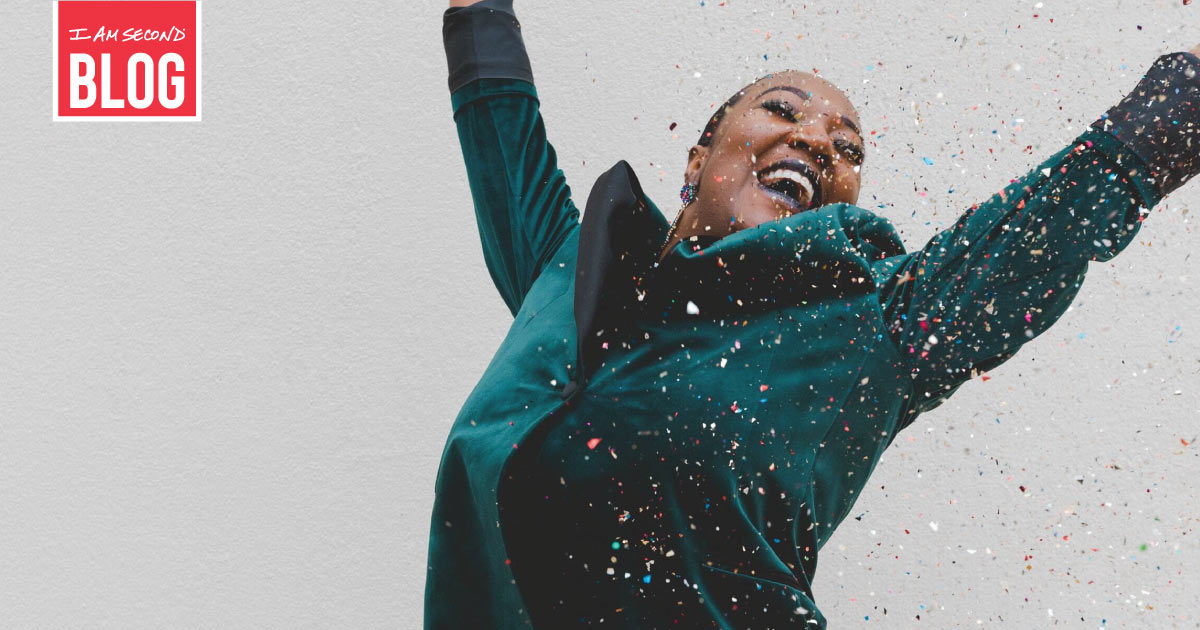 We’re coming up on the end of 2020. For many of us, that’s some of the best news we’ve heard in a while. This year has been a bitter goulash of pain, frustration, heartache, and disappointment all thrown together in a giant pot simmering on low for nine months. So when it comes to the year’s end, there’s a temptation to want to gloss over everything that’s happened and forget about it, to treat it as some sort of terrible time capsule that’s best buried and forgotten.

But I’m here to tell you that if you do that you’re missing out. Instead of dismissing and ignoring this year, we need to take a little time to bask in the past, to reflect and learn — especially from the difficulties. How do I know? Because doing that has helped me realize how much the course of my life has changed not despite my difficulties, but because of them. And more importantly because by doing so we realize that in our struggles, pains, and difficulties God doesn’t leave us alone: He’s right there with us, and many times that’s hard to see in the moment.

Here’s where I tell you that reflection isn’t always a linear process, where you look back in sequential order and everything falls into place nicely. No, sometimes it can be like a memory web, where this thing leads to that thing, and that thing leads to another thing, and before you know it you’re several memories (and sometimes years) deep.

That’s what happened to me. As I forced myself to think about the past year, I actually started thinking about past years (plural). Those winding mental detours led me to almost five years ago and right back here, to this blog. But before I tell you where I was, let me tell you where I am.

In about nine months from now my life will become an open book. Literally. In the fall of 2021, I’ll be publishing over 60,000 words about my struggles with anxiety, OCD, and depression. I’ll be sharing things I’ve never shared before, and I’ll be opening up about times and areas in my life that, while hard, have helped me see God’s faithfulness in new and important ways. It’s incredible to think about.

But I didn’t get there overnight. I didn’t go from sharing nothing to sharing everything. No, what I realized by looking back recently is how the book that’s coming out actually has its origins in a scary time in my life — a time when I decided to come clean and open up about some of my deepest struggles. That happened in January 2016, when — while working as editor-in-chief here at I Am Second — I told the world something I had been hiding. I told the world about my struggles with anxiety, OCD, and depression.

What resulted was the most real and raw article I had ever produced called, “It’s time to tell the world my secret.”

That piece led to another, where people responded in an incredible way. (You can read those reactions here.) One guy told me that he’s alive today because of it. And with each reaction it solidified the importance of talking about my struggles, about being open about my issues, about shining a light in the darkness.

That openness led to more articles, more interviews, more conversations, until eventually — almost five years later — it has turned into a book. A book that has since turned into an incredible experience. But you know what? The book is actually the result of a lot of looking back and realizing that even in the years where I felt confused before I was able to get help, God was still writing my story. He was still there. Listen, I know that the poem “Footprints in the Sand” is a little cheesy, but it’s message never goes out of style: When we think we’re alone, God is holding us. (Read it here if you’ve never seen it.)

Here’s the other thing: the book took me most of 2020 to write. You know why that’s significant? Because if anyone has an excuse to want to simply forget about 2020, it’s me. See, my step-dad, who raised me, died unexpectedly of a stroke in April. My family has been dealing with the fallout ever since, the grief, and there are still times that the lack of a proper funeral because of COVID has proven to be difficult.

And yet this time reflecting back hasn’t been dominated by sorrow. Instead, it’s been marked by gratitude. Because during it I have been reminded of God’s faithfulness. I think that’s because by looking back, we’re so often forced to look up. By reflecting on our difficulty, we’re often pushed toward the one who holds our destiny; the one who can show us how our struggles and our pains and our hurts are actually being redeemed and used for good.

Listen, we have a tendency during our difficulties to feel like God is absent. How many of you have felt that this year? But there’s something that happens the further away we get from those dark periods: it actually becomes clearer how much God has been present, how he has actually been faithful. It’s like when you put a book one inch from your face and can’t make out a single word, but when you move it back everything comes into focus.

Friends, whatever struggles you have encountered this year, don’t let them cloud God’s goodness. Don’t be in such a rush to reach 2020’s final chapter that you miss the book that’s been, or is being, written. Remember, God is at work. He’s at work in the mess, and he’s faithful to use all of this for your good and his glory. Trust me, he used my mess, even though that was a little scary at the time. That may be hard for you to see at this very minute, but take a step back and I think you’ll see what I mean. In fact, you may just see that what you think has been such a mess is actually God’s masterpiece.