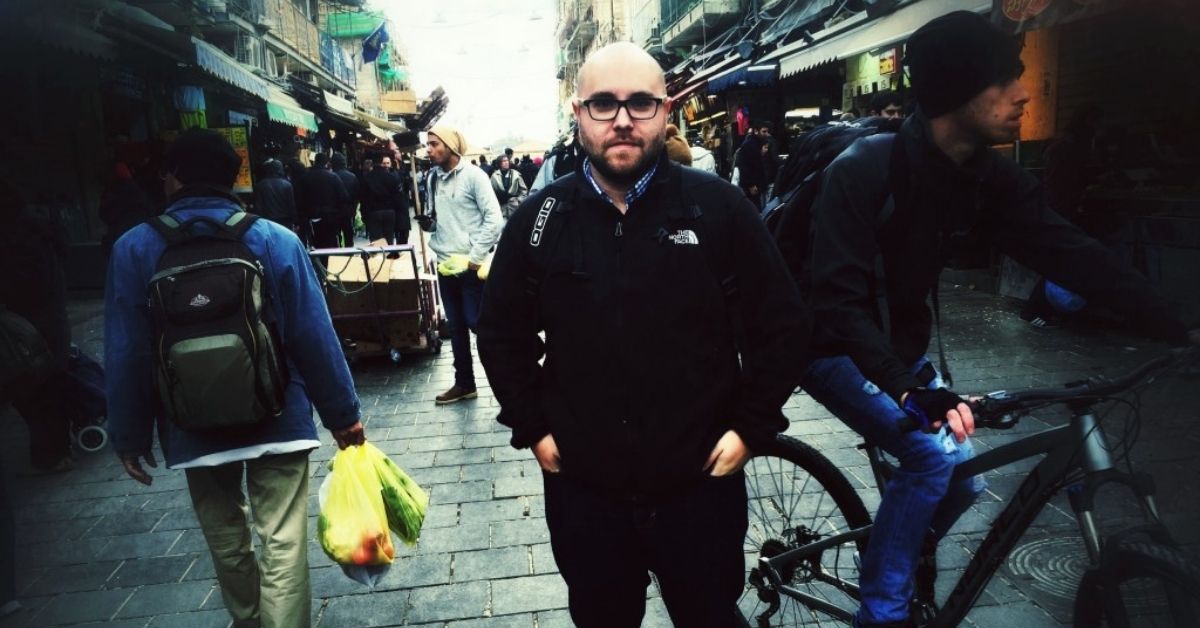 We talk a lot about being real, raw, and relatable around the I Am Second office. I’m about to be more real and raw than I planned on being when I first started working here.

As I sit here writing this, I’m a little tired. Not because It’s 3:15 in the afternoon, but because I took my medication at lunch. My medication makes me tired. That’s why I usually try to take it at night. And that’s part of the reason there are days I go to bed at 7:30 p.m. (I say “part” of the reason because the truth is I also have an 8-month-old daughter that likes to get up anywhere from 4:30—5:30 a.m.)

See, I have a secret that I’ve kept from a lot of people. I’ve told close friends and family. But I still have a fear about coworkers, bosses, and others knowing. I think the big reason is I don’t want anyone to ever use the excuse, “Oh, that’s just the ____ talking,” or, “Oh, you’re acting that way/feel that way because of the ______ .”

But something has been happening lately. Karis Rogerson has been taking space on this blog to be vulnerable about her struggles. She’s incredible. She’s inspiring. She’s challenged us to talk about our problems so that they can’t control us. And I thought it time to follow her lead. Likewise, the newest member of the I Am Second team, Caitlin McCoy, vowed to get really vulnerable with you. I respect that. A lot. And what better way to hold her to that than to put myself out there, too?

So want to know what medication I take? It’s called Fluoxetine. You probably know it as its name-brand equivalent: Prozac. It’s a popular anti-depressant. I don’t struggle with depression. (In fact, a lot of people say I’m one of the most joyful person they’ve met.) But Fluoxetine can also be used to treat some other things. Those “other things” include anxiety and obsessive-compulsive disorder.

I have been diagnosed with anxiety and OCD.

This isn’t the ho-hum OCD that we all joke about (which, by the way, doesn’t offend me). But it isn’t the type that forces me to wash my hands an excessive amount of times. Mine is a mild form (that’s what my doctor says, at least), but even that has been life-altering. The stories I’m about to tell you aren’t exaggerations. They are my reality.

There’s one story that finally made me get help. About two years ago, my wife and I were living in a loft in downtown Dallas. The bottom floor included a hipster coffee shop that we frequented. I like Sweet & Low in my coffee, not real sugar. The coffee shop had some, but not on a regular basis. It was more of a Splenda place. Gross.

On this day, my wife took care of getting the coffee while I ran to the bathroom. I told her I wanted Sweet & Low in it. When I returned, I took a sip of the coffee. It was Splenda.

I can’t describe what happened in my brain. I didn’t get enraged and lose it. But a rush of anger, disappointment, and “Why couldn’t you do this one simple thing?” flooded over me. I didn’t want to feel that way. I remember even telling myself, “This is not a big deal!” But it was.

My wife told me to get over myself. That just made it worse, and started a bad cycle. Our day was ruined. Seriously. For the rest of the day I couldn’t get over her putting the wrong sweetener in my coffee and then telling me to get over it.

The next morning, I finally told her I needed to get help. I knew this wasn’t normal. I called my sister who I knew had struggled with OCD and had seen a psychiatrist. I explained what was going on. She chuckled.

“Oh, Jonny, you definitely have it. Don’t you know it runs in the family?” No, I didn’t. She proceeded to rattle off all the names. It was an epiphany moment — so much made sense now! I hung up and scheduled a doctor’s appointment.

In philosophy, it’s understood that naming something gives you power over it. This is me naming my struggle. This is me proclaiming, to all of you, that I’ve named it.

My doctor tells me a little OCD is a good thing. It really can motivate you. It can make you detail-oriented. That’s true. I tend to be thorough. I go above-and-beyond. I don’t like leaving tasks unfinished. I really push for clarity and don’t like leaving things unsaid. Those kinds of things.

Those are the days it “wins.”

But guess what: Since I’ve started being more open about it, since I’ve forgiven the church denomination I grew up in for classifying it as a “lack of faith” problem, and since I’ve been letting people into my battle who constantly remind of what is really true and what really matters, the disease is losing its power. There are more days where I win.

In philosophy, it’s understood that naming something gives you power over it. We see it as far back as Genesis. I think that’s part of what this whole post is about. This is me naming my struggle. This is me proclaiming, to all of you, that I’ve named it.

I’m Jon and I have anxiety and OCD. It’s not the other way around.

Why you need to be more focused on gifts this year