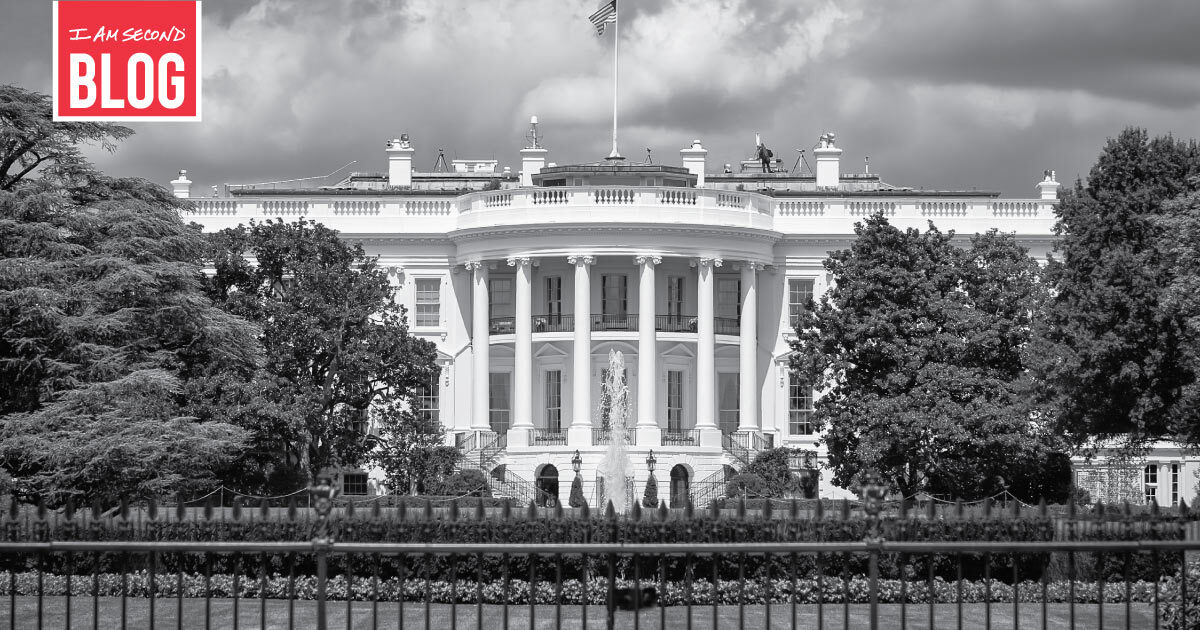 We’ve all heard it said, “Do not mix politics and religion.” But what do you do if your religious leader gives himself a political title, lists out a set of laws, and calls his followers to serve in his kingdom? Jesus did all this and more. So is following Jesus a political act as well as a religious one? And should any who wish to follow Jesus  understand they are placing their loyalty in a king and not a president? However you feel about the election results, remember that if you follow Jesus your hope and, therefore, your peace depends not on America, democracy, or a president, but on a king and a kingdom. Here’s why:

First, it can be helpful to remember Jesus’ title. We usually just say, “Jesus,” but in reality, He claimed the titles of “Lord” and “King.” These are political terms and thus they reveal that King Jesus had and continues to have a political agenda and not just a religious one. Our hope and sense of peace do not need to be disturbed if one person or another wins an election. Why? Because those that follow Jesus already have a political leader and his name is King Jesus. No one here is suggesting that we institute a religious oligarchy in America. Giving the same person or group of persons both religious and government authority has proven dangerous over the centuries. Instead, I suggest that Jesus has already laid claim to these powers. He is both the Son of God and the King of Kings. And following him means a person has signed onto not just his religious agenda but his political agenda as well.

What is the King's Agenda?

Laws, policies, and government leaders all affect and help regulate the relationships and interactions of individuals within a society. In other words, every government action is basically a rule dictating what is acceptable or unacceptable behavior towards our neighbors. But it is precisely in the area of the treatment of neighbors that Jesus has so much to say. He has a simple but all encompassing agenda on this topic: Love one another. The Bible says things like, “Be at peace with one another,” “Don’t grumble against one another,” “Accept one another.” These are moral statements, but they are also political statements in that they are the laws of Jesus’ kingdom. They are Jesus' “policy proposals” on how we interact with others. We encourage people to vote in elections. But also remember Jesus is neither Republican nor Democrat.

Jesus is Neither and Both Parties

Jesus used the term “Kingdom” with intention. He came to earth in the era of kings and kingdoms. He came proclaiming a kingdom as a way to create contrast between his agenda and the agenda of human government. He constantly reminded his followers to be agents of change, to spread his message and agenda, and to implement his ideals wherever they found themselves. Why? Because no other political party, system, or leader is going to 100% reflect Jesus’ Kingdom. Too often we play partisan politics with the wrong party. If you follow Jesus, your political party is Jesus. All other parties will have some parts of their agenda that reflect Jesus and other parts that don’t. If you allow yourself to be confused on this, you will be disappointed and disheartened. Jesus is his own party.

The Role of Kingdom Citizens in a Democracy

If you are a spokesperson for a political party it is your job to highlight all the good of your party and the bad in the other, and in that way get your party elected. Likewise, those who speak for the party of Jesus should do the same. It is unhelpful then to say, “Democrats are the answer,” or “Republicans are the best,” because neither is the correct party. If you are a spokesperson for Jesus, then highlight him in your speech, actions, and social media posts. Your critiques of Democrats and Republicans alike should demonstrate how they differ from the standard of Jesus. That doesn’t mean you can’t also highlight where the various parties align with Jesus, or even suggest which one aligns more closely with Jesus, but rather that your job is to make Jesus shine first. In this way, when election season comes around every four years, you won’t face the debilitating fear, hopelessness, or depression of having “lost an election,” because “your guy” is still on the throne.

It's Hard to be a Foreign Agent

Jesus was quite clear in saying that he does not allow dual-citizenship in his kingdom. He said, “No one can serve two masters at the same time. You will hate one of them and love the other. Or you will be faithful to one and dislike the other…. Seek first the Kingdom of God.” He was also clear as to our mission here on earth (see above point). That means we are agents of the Kingdom operating in a foreign context. Countries tend to dislike foreign agents on their soil. Which is why if you are representing Jesus you will find people disliking you. You will inevitably find yourself at one time or another throwing shade on every party or leader because none fully represents Jesus. That means the Left and the Right (not to mention the Center) will post some nasty comments about you or wonder if you are really “American.” But take heart. You are in good company. The world did not like Jesus either. Just remember that though our role is to be truth-tellers, we are to speak the truth in love. In other words, you can speak truth without being a jerk, (read this for tips on how not to be a jerk online).

If you lean on a political party or government here on earth, you will eventually be disappointed and disillusioned. None of them will live up to the ultimate standard. You will eventually come down with symptoms of hopelessness. If you find yourself reverting to dim words and language or losing your ability to articulate hope for the future, beware! You’ve got symptoms of misplaced hope. If anxiety or weariness follows you to bed, wakes up with you in the morning, and chases you on your way to work or school, watch out! You may have come down with misplaced hope. If you find yourself constantly pulled into political conversations online, endless streams of news articles, and wonder how you’re time flew away, look out! You are revealing that your trust may be in something other than Jesus.

Finally, I’ll leave you with this: Jesus has already won. Whoever you voted for and however that turned out for you, remember there is only one winner in the end. And that winner is neither Democrat nor Republican. Jesus himself said this, “I have said these things to you, that in me you may have peace. In the world you will have trouble. But take heart; I have overcome the world.”

If you have never really signed up to follow Jesus and are now realizing you need to place your hope in a king rather than anything this world or its governments can offer then check this short video out. Here you’ll learn the basic story of Jesus, how to join his kingdom, and what it means to work in his campaign.

Is That Voice in Your Head God?