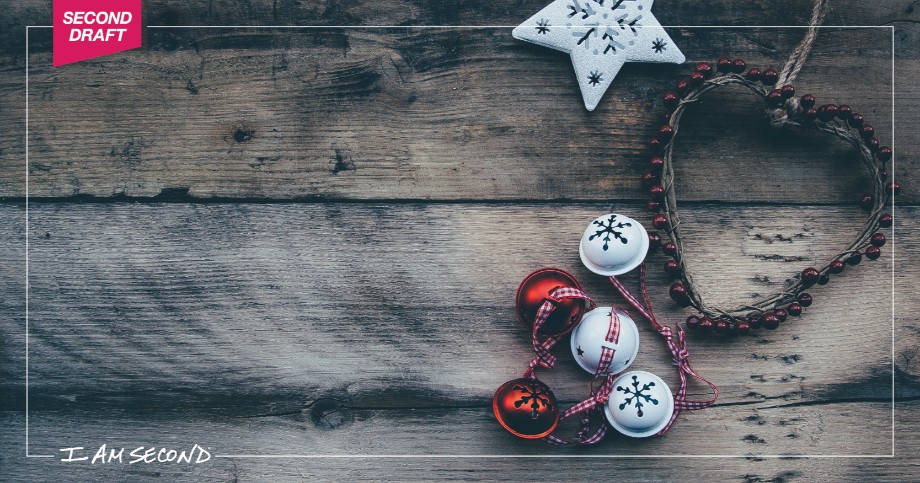 Then pealed the bells more loud and deep:
"God is not dead, nor does he sleep,
The wrong shall fail, the right prevail,
With peace on earth, good will to men."

This month on the blog, we've talked a lot about hope. We've set goals and told stories and made playlists. We've talked about living with hope through big transitions, difficult seasons and hard choices. We watched Korn guitarist Brian "Head" Welch and his daughter Jennea tell their own story of hope, and listened as Kathie Lee Gifford announced her departure from the Today Show with so much anticipation and excitement for the future.

Sometimes hopelessness looks like sitting in a doctor's office after a fourth round of IVF, and being told you're not pregnant.

Sometimes, it looks like holding the hand of someone you love as their body is ravaged by disease or addiction.

Sometimes, it looks like loneliness as deep and debilitating as chronic pain.

Sometimes, hopelessness is invisible – hidden behind success or ambition or achievement.

Sometimes, it looks like bowing our head in despair because we see hate so strong in the world around us that peace on earth and good will toward men feel out of reach.

In the Bible, there was a King of Israel named David who knew something about despair, loneliness and what it felt like to be surrounded by hate on all sides. In response, he wrote songs about hope – enough to fill a book. In one of his psalms, he wrote, "the Lord is close to the brokenhearted; he rescues those whose spirits are crushed."

He wrote, "God places the lonely in families. He sets prisoners free and gives them joy."

He wrote, "Praise the Lord...for each day, he carries us in his arms."

In the middle of all kinds of hopelessness, sometimes hope looks like King David writing his psalms.  It looks like speaking words of hope out loud, and holding them in our hearts even when everything around us feels bleak. Maybe our own songs and prayers are less poetic, but they are no less powerful.

Christmas day is a day of hope because we celebrate love – for our family, for our friends, and especially from God who is Himself love, and who knows us, sees us, hears our songs of hope, and meets us right where we are to lead us out of hopelessness and toward goodness and justice and peace.

Killing the Noise and Finding Jesus