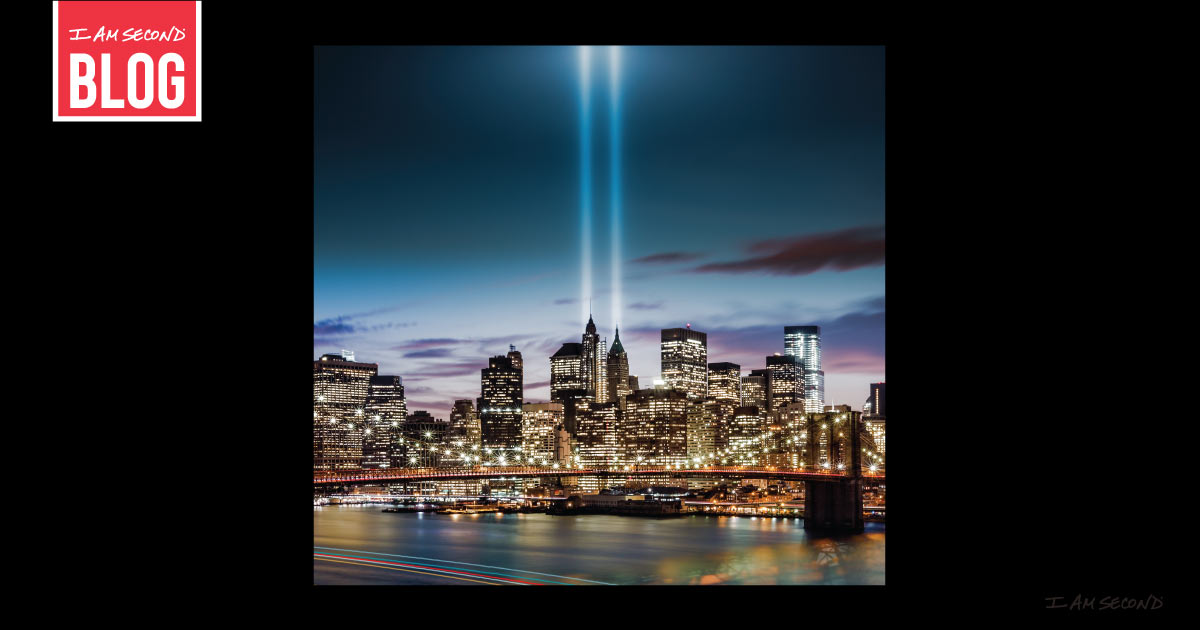 Sujo John grew up in Calcutta, India. He studied business. Got his bachelors and then an MBA. He fell in love with a girl, married her, and a month later moved to America. He landed in New York City with two suitcases and $50 to his name. Three weeks later, he and his wife both found jobs in the World Trade Center. His job took him to the 81st floor of the North Tower and his wife to the 71st floor of the South Tower.

On the morning of September 11, 2001, Sujo found himself in exactly that spot. He turned on his computer and sent an email to several people in his church. He had recently picked up a book called The Prayer of Jabez. The book speaks about asking God to increase your influence, not for your own sake, but so that God’s influence increases through you.

“God what is my purpose?” Sujo began asking. “Is it all about the success and fame that I can find in this country? Or is there something more?”

Sujo had always been a Christian by name but he didn’t talk about his faith or aim his life towards the things God really cared about. He lived much the same as anyone else in the world. But this book had challenged him to rethink this path.

“Something’s happening to me this morning,” Sujo wrote in his email. It was 8:05 in the morning when he hit the send button. He could feel God’s heart leaning on his own, making him want something more than money and success in this world. But what does God really care about? What is it that he wants for this world?

8:52am comes. He is standing next to a fax machine trying to send some documents to an office in Philadelphia. He hears and feels a massive explosion.

“The building started shaking violently,” he remembers. “Walls are beginning to cave down. I start seeing things fall all over. Jet fuel made its way to our floor. Fire breaks out all around us.”

He and other people on the floor scramble to the stairwell that leads 81 floors down towards the ground.

“The fear of death is written on the face of everyone,” he remembers. “Then we hear another explosion. This is the second plane crashing into the second tower.”

He tries calling his wife, but his phone isn’t working. He borrows the phones of those around him, but nothing works, nothing goes through. Finally, he makes it to the ground floor and then to the plaza.

“But this place of life, has now been turned to a place of death,” he recalls. “I see hundreds of bodies of people that jumped out of the buildings.”

He starts towards the South Tower, where his wife works. Both buildings are on fire, smoke billowing.

“I’m 15 or 20 feet from this building when the ground I’m standing on is shaking. I felt like I was being sucked into some kind of vacuum. I hear another incredible roar, thought it was a bomb. The building I’d approached, the South Tower, was imploding and going down.”

In his mind, he could see his wife, his pregnant wife, falling to her death. He is surrounded by the rubble and dust and ash. Fire leaping out on all sides.

“I looked around and there’s 15 or 20 people around me,” he says. “We had huddled together. This thought comes to my mind. Facing death, I feel this boldness to speak up for Jesus. I started crying out to Jesus and I call out to those people to call upon the name of the Lord. Not one tried to argue or debate with me. In unison, I could hear these people cry Jesus with me for a few minutes.”

All of these people are later crushed to death by the shifting rubble. Sujo is surprised he’s still alive. He’s plastered with soot and glass, struggling to breath. Soot and ash are filling his lungs. He decides to crawl and feel his way out.

“God they just called upon your name! How come they don’t make it?” he questioned. But he felt God speaking back.

“Sujo, they made their peace with me in their dying moments. They’re resting with me in my presence.”

Then he sees a red light flash through the soot and through the smoke. The light leads him out of the pit and he begins running out of Ground Zero. He turns back hearing another roar and watches the North Tower collapse to the ground.

He’s wandering down the street now, both towers have collapsed. He goes into a store where a young girl finds hims. She starts removing glass from his hair.

“Let me call your family for you,” she says.

He explains that his family is dead, his pregnant wife went down with the first tower. But as the girl is scrolling through his contacts, the phone rings. His wife’s caller ID comes up.

“I’m thinking it’s someone else calling me with the news that my wife is dead,” he recalls. “I picked up that call with a lot of fear. But when I said, ‘Hello,’ it was my wife on the other side.”

She had planned on going early to the office that morning, but got delayed. That delay saved her life.

“God, I am done,” he prays later that evening. “I am done chasing things that’s been on my heart. I’ve been chasing success, fame, financial security, but from now on, I want to be chasing that which is in your heart.”

He had always struggled with how there could be a loving God that allows such pain and suffering in the world. But in experiencing the most poignant disaster of our age, Sujo learned something new. He thought back to that group of people who died under the rubble. God wasn’t blind to their suffering or indifferent to their pain, he rescued them from it. He loved those people and he gave them rest. He was there with them in the pain and in the suffering. The entire path of Sujo’s path had wound from a childhood in Calcutta to the towers of New York so that in that moment, at that time, he would be there to help these people get right with their Creator. God had arranged it all.

“I’m convinced that all that’s in your heart is people,” Sujo continued to prayer, now realizing the true passion of God. “People are on your heart, people from all over the world, many of them who have never heard your name even once.”

Right then and there, Sujo John gave his life to God. He had been a Christian, a believer in a sense, but he’d never given God his life like this.

“I want to be a proclaimer of the good news of Jesus Christ,” he prayed. “I want to redeem my time. So God, here is a surrendered life. Would you rewrite the story of my life?”

Post 9/11 Sujo John transitioned from the business world into inspirational speaking where his story became the platform for him to share the good news of Jesus.

In 2010 Sujo felt the deep urgency to make the good news of Jesus seen rather than just proclaim it. That quest to make the invisible visible, the infinite finite, led him to the red light districts of the world. As he witnessed first-hand the horror of modern slavery, he could identify with the women who were trapped. He heard a whisper from heaven, “This is where I want you to make the good news seen and tangible.” This launched YouCanFreeUs, an international human rights organization that is fighting modern slavery around the world through advocacy, rescue and rehabilitation. YouCanFreeUs Foundation is a non-profit, 501(c)(3) in the United States and registered as a public charity in India, the UK, Canada, Poland and Norway.

Modern Slavery has 41 million people in slavery. The mission of Jesus was to set the captives free. They are waiting on us for their freedom.

For more information, go to youcanfree.us or watch Sujo's full story in his White Chair Film.