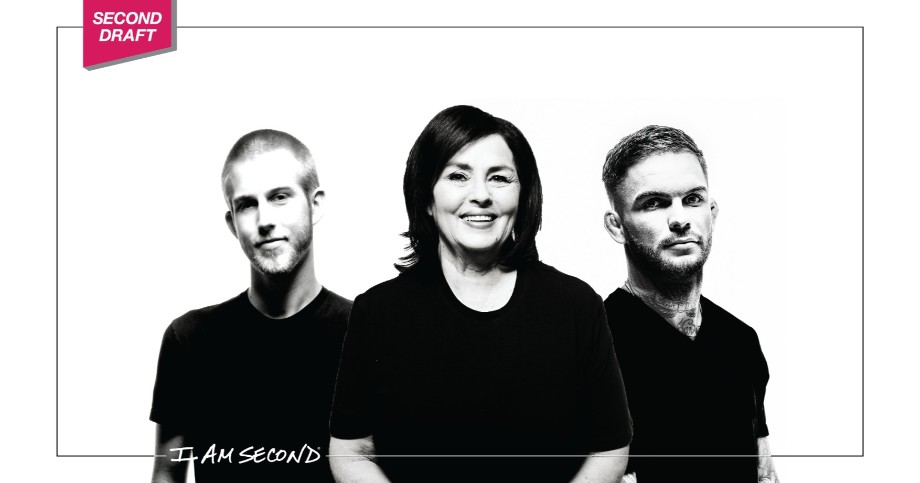 What does a grandmother from Duck Dynasty, an MMA champion fighter, and a high school student have in common? Read on and discover the dream they each had to fight for:

“Mamma always said, ‘You’re gonna have to fight for your marriage.’ But I told her it’s going to be like all the books. I’m going to have four kids and live happily ever after.”

“[Phil] started carousing around on me. I knew, but I didn’t want to believe it. I had to stay with him because that’s what Mamma had told me--one man for one life. I understood now why my grandmother said you have to fight for your marriage, but I never thought it would be like this.”

“I put my faith in Jesus…. My life was changing. But it was still hard. I had a drunk husband. Phil grew more and more unhappy with me and the boys and our new life. Finally, he kicked us all out. He said he couldn’t stand my talking to the boys about God and my holy-roller life.”

“I prayed for a complete family. I had a big hole in my heart without Phil. The boys were devastated. They missed their dad. I had everybody praying.”

Watch Miss Kay tell the rest of the story and how Phil went from “commode-hugging drunk, leading a life of misery, to meeting Jesus.”

“People knew not to mess with the Garbrandt boys. They called us crazy. [My brother] is the reason I’m so tough. My work ethic, that drive comes from knowing there was always someone better than me. Zach was that person. You can see in pictures that we even fought as babies when he would steal my bottles.”

“It’s the most primal state we have as human beings, fighting another man for a better life. We all have stories and backgrounds that have led us into this octagon to fight each other. We have signed a contract. We each want to win the prize. And that other guy--that’s the man trying to steal a dream from me.”

“Surrender is on the last page of the dictionary for a fighter. It’s on your dying page, in the last chapter at the end of the book. That’s the warrior’s way. You go to battle with your shield, and you get carried out of the battle on it. There’s no giving up.”

“But there’s a time and a place when you need to surrender to a higher power. It’s God’s plan; his way that works. Once you give it up to God, everything’s going to be okay.”

Cody Garbrandt eventually fought his way to be UFC bantamweight champion, but he found victory in life comes in surrendering to God. Hear his story in his own words in this short film.

“I come from a city where most of the moms drive Lexus’ and most of the kids get new cars on their sixteenth birthday. For Homecoming there’s this competition where whoever has the biggest mum gets announced at the Pep Rally. It turned into this status thing where people are trying to out-buy each other.”

“I’m sitting with a friend at lunch and we were looking around at just the mums and the garters. We could totally use this tradition for something way way cool. We were like what if we had somebody just donate the money they would have used to buy a mum or garter and they bought a button that just said, “I sent my mum to Africa.” What if our middle-class high school could do something with this excessive tradition to give people in the Sudan clean water?”

“I don’t think it matters whether you have a lot of money or not a lot of money, every human being somewhere deep in their soul is looking for something more than what they see. What Jesus is to me is that ultimate thirst quencher, the ultimate contentment for me.”

Blake Mankin turned an excessive high-school tradition into clean water that people in Africa are still able to drink today. Hear the rest of his story here.

Kay Robertson of Duck Dynasty fame thought she would have a fairy-tale marriage but learned a good marriage comes to those willing to fight for it. MMA fighting champion, Cody Garbrandt, found his experience in the octagon taught him the power of surrendering to God. And high schooler, Blake Mankin, fought poverty while convincing his schoolmates to forgo a lavish tradition. They each had to learn that when God gives you a dream, you’re going to have to fight for it. Difficulty doesn’t mean you give up, it means look up.

How to Turn Negative Thinking Into Peace

How Not to Be a Jerk Online