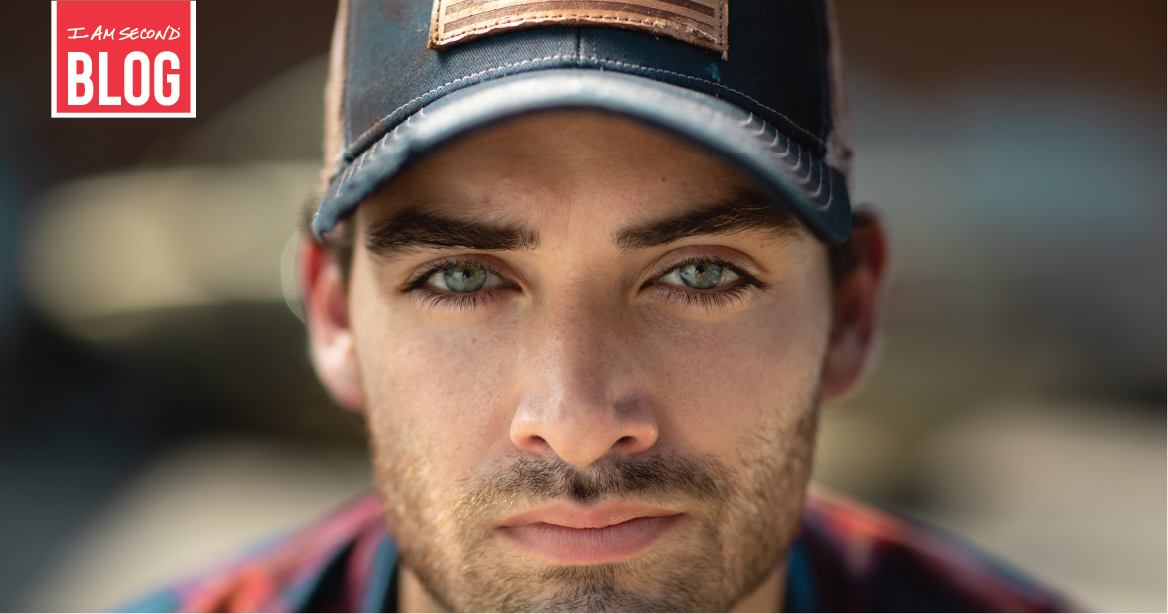 Have you ever had one of those conversations that changes the way you think? It’s the kind of conversion that just feels right, the kind that leaves you saying, “Wow, that was good.” Earlier this month I had one of those conversations with a mentor-like friend and I need to unpack it with you, because what he said altered my thinking in a big way.

This man is someone I respect immensely. He’s a great father, a devoted husband, an active church member, and someone I trust. He’s kind and gentle. He’s also someone who has struggled with an unhealthy relationship with alcohol. In fact, that relationship became so unhealthy that a few years back he gave it up completely. Cold turkey. Hasn’t touched it since.

As we sat at breakfast and he told me his story, I was so encouraged. Actually, maybe that’s not the right word. It’s better to say I was relieved. I have my own struggles, my own unhealthy relationships with [fill in the blank], and here was someone who I consider not just a strong person but a strong Christian being vulnerable with me about what he’s gone through. He was being open and honest in a way that I haven’t seen many grown men be.

When he finished, I threw out a question I thought I already knew the answer to: “So, would you consider yourself an alcoholic?”

His response surprised me. “No. The truth is I don’t really like that term at all,” he said.

“Why is that?” I asked, a little confused. I had never heard someone who was so open about their struggle with alcohol be so quick to shun that label — especially someone who had attended Alcoholics Anonymous meetings where they introduce themselves with, “I’m an alcoholic.”

“Because sometimes I think by labeling ourselves in relation to our sins and our struggles, we begin to let them define us,” he explained. “We start finding our identity not in Christ or what he’s done for us, but rather in what’s most wrong with us.”

That hit me in the face like a puff of air in the eye at the optometrist. It was surprising, quick, simple, and it opened my eyes.

But before I go any further, let me make something clear: I’m not here to get into the weeds of what does or doesn’t qualify someone as an alcoholic or an addict. In the end, if you’re struggling with something, you need to admit it and get help. That’s what this man did. Would some people call him an alcoholic? I’m sure. But what he was saying — and the heart behind it — is important. He isn’t trying to hide by running away from a label. He has no fear about being known, or having his struggles put on display. What he’s trying to do instead is actually be more fully known by giving a more complete picture of who he is.

See, so many times we treat ourselves as the sum of our mistakes, as if we’re just a walking compilation of our worst decisions. But you are not your struggles. You are so much more than that. Is it healthy to admit your mistakes? Of course! But I think in a rush to admit we’re not OK we’ve lost sight of why doing so is important, and that is this: We bring our struggles to light so that they don’t have power over us and so that we can move past them, not dwell on them.

I have anxiety and OCD. I have struggled with depression. I’ve written a book about all that. It is most definitely part of who I am. And yet I have to be cautious about making sure that those don’t become my most prominent labels. By using our toughest struggles or moments to dominate our identity, in some ways we are refusing the identity that Jesus secured for us when he died on the cross.

Let me put it like this. If I met you and told you, “I’m Jon; I struggle with anxiety, OCD, and depression. I take medication and I have to actively guard against turning to cheap fixes to treat them,” you would get a picture of who I am. But you wouldn't get the whole picture. In fact, it is so incomplete that you might actually get the wrong picture.

Instead, what would be better is if I said, “I’m Jon; I am an imperfect person who has a lot of struggles, including anxiety, OCD, depression, and running after cheap fulfillment. But by the grace of God I have found peace and rest through Jesus Christ. And because of that I am able to be a husband, father, brother, and friend in a way that I would never be able to if I didn’t have him. I have a hope that is unexplainable because I am not defined by my struggles, but by my savior.”

The problem that my friend helped me see is that so often we let descriptors become definers. And in so doing we let those mistakes and struggles become who we are. They have us instead of us having them.

So here’s my question to you: What are you going to do to strip your struggles of their power over you and remember where your true identity lies? Maybe that looks like getting back to reminding yourself of the basics of who you are and whose you are. Maybe that involves rethinking how you describe yourself and your story. It could even mean digging more into the topic with one of our own Seconds, Esther Fleece, who has literally written the book on labels (check it out here).

Whatever you do, I challenge you to think about how your identity is either rightly or wrongly wrapped up in your identifiers. Take an inventory. If they still fit, fine. But if they don’t, don’t be afraid to move on from them and take hold of something better. Something bigger.

Or better yet, even someone bigger.

I “Followed My Heart” And It Led Me Wrong

Your Pain Has a Purpose