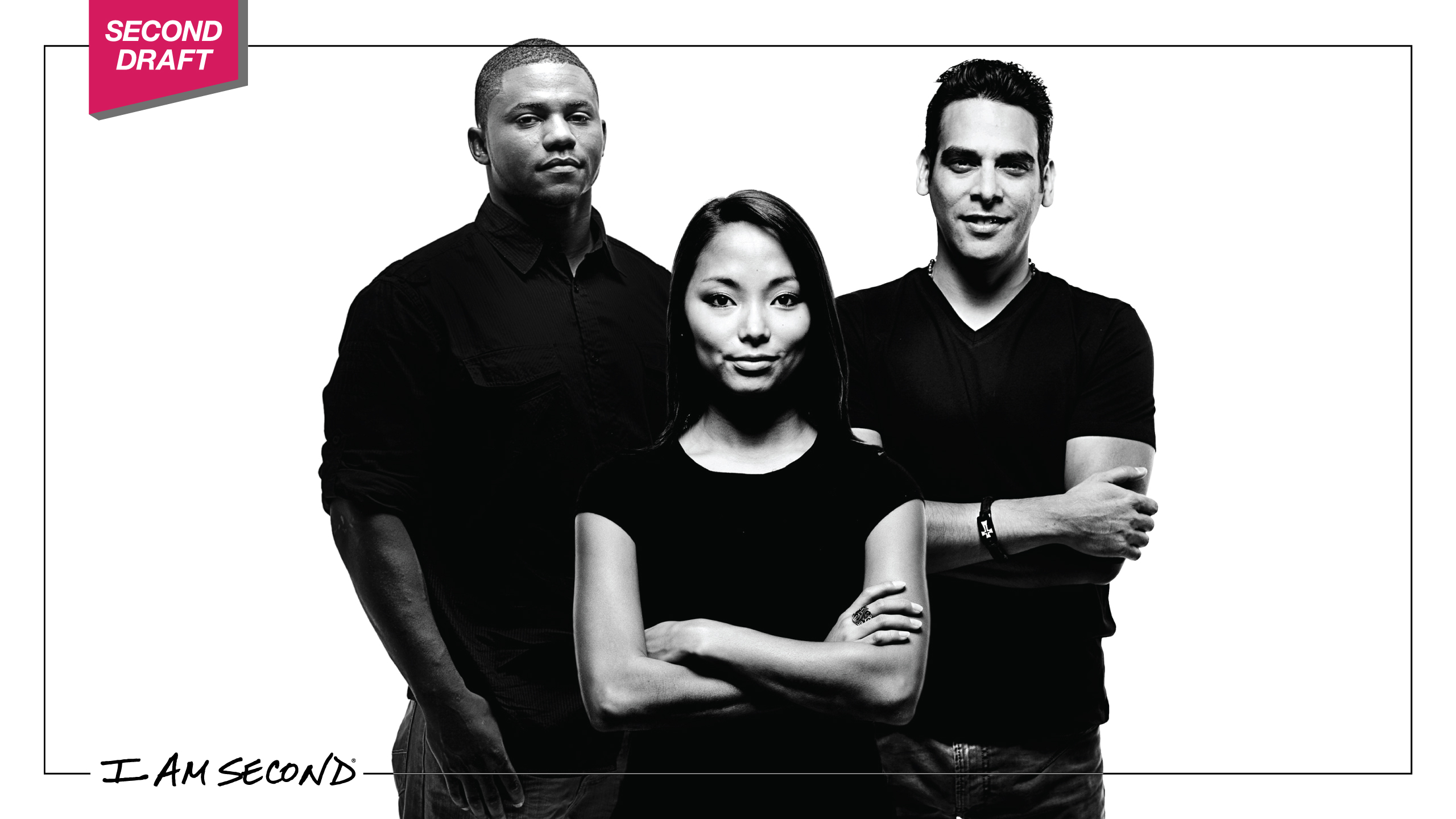 This month, we're sharing stories about identity. Stories about asking who we are and who we want to be. Stories about sorting through all the words, people, and circumstances that try to define us and tell us what we're worth.  Stories about lives that have been transformed and redefined by a love that is greater than any of those things.

To kick things off, we have three of our favorite Seconds weighing in on the topic...

"If you're a thousand steps away from God – which I was – God will take nine hundred and ninety nine steps just so you'll take that one. October 18, 2006. I'm blocking a linebacker in team drills, and someone just rolls on my ankle, and like that, I'm just down."

"My identity was gone. God had taken my identity and the person who I said I was, which was a college athlete, and took it from me...Two guys that I didn't really talk to much on the team, came to me and said, 'Baron, God has a plan for you.'"

"It started small. I started with baby steps...but slowly, things started to change in my life...I have two scars on my ankle – on the left and right side – and I think that God gives us scars sometimes to remind us where we've been and more importantly, that he's healed us."

Baron Batch retired from the NFL in 2013, and is now the creative director of Studio AM, an art gallery, agency and event space for creative collaboration. You can watch Baron's full film with I Am Second here.

"I was born in South Korea. I'm not exactly sure where...I grew up in a predominantly white community, so being this little Asian girl, I wasn't exactly the norm. It's really hard growing up in a situation where you know you're different than everyone else."

"A good way into my freshman year [of college], I met a guy, and it got pretty serious, pretty quick. Definitely more serious than it should've been."

"He basically told me that his family didn't approve of me because I wasn't white...It made me secretly hate myself for the way that I was. I don't think I've ever felt more bad about myself at any other point in my life."

"God completely lifted up my spirit. It took a while, but he mended my heart of any anger or resentment. If anything, he filled it more and more with love. After this experience was really the first time that I was thankful for being unique. He's so proud that I am the way I am and I look the way I look, and there is no one else out there like me."

You can watch Christine's full film with I Am Second here.

"I was born to a teen mom, and I was abandoned by my dad before I was even born...Guys that would accept me – guys that were street thugs, street gangs, the gang bangers breaking into cars and stealing stuff – that's kind of the group that made me feel like I belonged, made me feel like I was good enough."

"When I looked in the mirror, I was pleased. I wasn't trying to live up to something that was not accepted or lacking or not wanted. I was loved by myself, and I was loved by God."

You can watch Gabe's full film with I Am Second here.