The Strength of Weakness 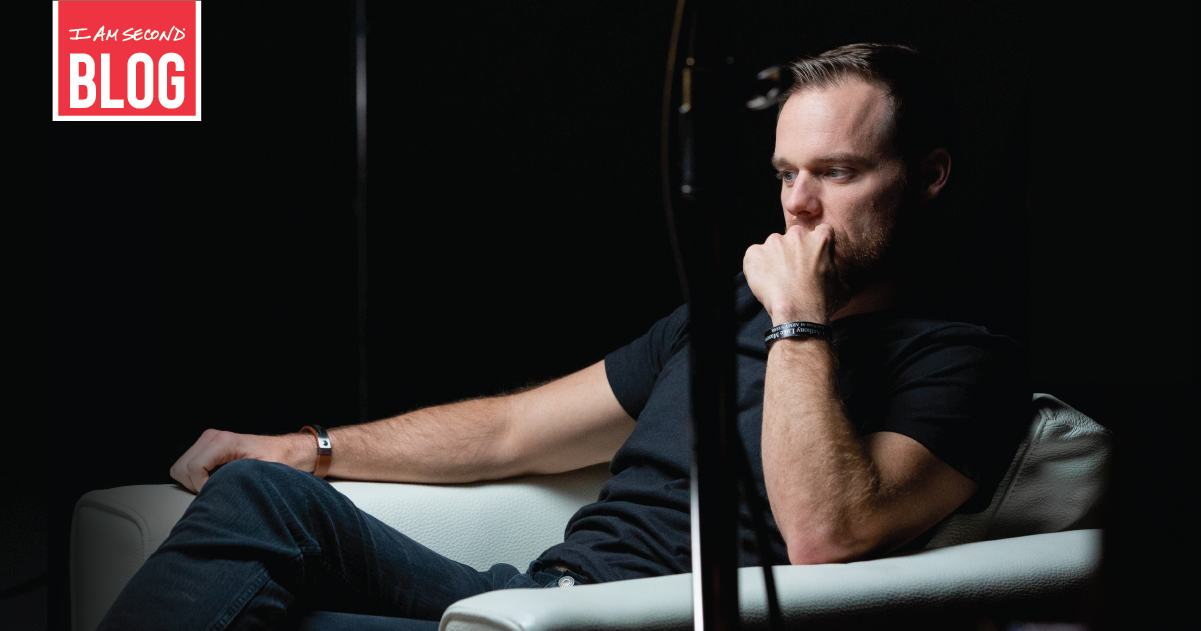 Let me ask you a question. What comes to mind when you hear the word “strength”?

I’m going to venture that whatever came to mind, it had to do with power. And I think in general I’ve been the same way. But after watching Ben Peterson’s new I Am Second film, I was reminded of the strength of weakness.

Yes, the strength of weakness.

If you haven’t seen the film, then go check it out. But here’s a quick synopsis: Ben found himself on the cusp of becoming a special forces soldier, only to fail the colorblind test and end up as a chaplain’s assistant. In that role, he witnessed and experienced unspeakable evil, tragedy, and pain. He lost his friends, he saw children become casualties of war, and he was rattled.

Not surprisingly, that led to PTSD, and as is so common these days,  PTSD led to a battle with suicide.

He tried to gut it out with alcohol. He tried to make sense of it on his own. And he ended up staring down at a handgun with way more questions and no sense of purpose.

Hear this: It takes strength to admit weakness.

I know that’s been true in my life. My biggest struggles are worsened by me trying to fix them all on my own, and the results are always disastrous. Think about your own life. I bet it’s the same for you. It was true for Ben.

We don’t like to admit our weaknesses, though. We’re inundated with messages like, “you are enough.” But while those look good on a coffee cup, they look awful when put into practice. You are not enough. I am not enough. And the more we try to convince ourselves of that the more pain we actually create for ourselves.

Do you want to know why it shouldn’t surprise us that there’s actually strength in weakness? Because it’s exactly what the Bible talks about. The most popular book of all time is riddled with the idea that when we admit our weaknesses and lean on Jesus, that’s where true strength is found.

Let me put it like this. There are a lot of people who say that faith and especially Christianity are a crutch for the weak. You know what? They’re absolutely right! Christianity is a crutch. You know why? Because we are weak! The problem is that too many people don’t realize they’re crippled, and they struggle for too long to walk on their own instead of using the crutch that Jesus has provided.

I once heard a preacher, Matt Chandler, put it like this:

One of the things I’ve heard the world say, and I just want to agree with . . . They’re trying to slam us, but it’s true.

“Christianity is a crutch.”

I’m like, “Absolutely, because my legs are broken. My legs are busted. I need that crutch.”

“It’s for the weak-minded.”

Ultimately, is Christianity a crutch? Yes. Are we crippled? Absolutely.

Friend, you’re broken. I’m broken. Ben is broken. And we will never be able to stand until we admit that and accept that the only one who can ever help us get anywhere is Jesus Christ.

To admit that takes strength. But when we do admit it, we find true, lasting freedom and strength.

I like how the Bible verse above explains how that turns into something to be proud of. Think of a child who has a physically strong dad, and boasts to his classmates after they make fun of him, “Yeah, well my dad can beat up your dad.”

It’s an elementary example, but it’s one that really fits here. Friend, you have a very strong father when you turn to Jesus. A father that can beat up anything you are facing. And while that doesn’t mean you will never struggle (a good father allows us to go through tough times to refine you and redefine us), it does mean that you’ll be able to stand and face whatever difficulty you are going through and will go through.

The only thing it requires of you is to admit that you're weak, that you can’t do it on your own, and that you need someone bigger and more powerful than yourself to get through it.

Ben learned that, and it forever changed his life. I pray the same thing for you.

If you want to know what it looks like to admit you’re weak and turn to the ultimate source of strength, then you can check out this link.