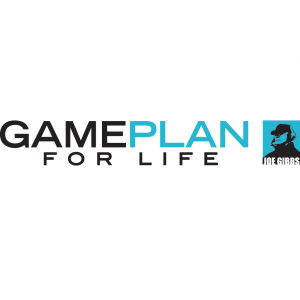 In his book, Wild at Heart, John Eldredge writes, “A man must know he is powerful; he must know he has what it takes.  A man has to know where he comes from and what he’s made of.“

Since his years in the NFL, showing men their true identity has been a central part of Joe Gibbs’ life.  But his investment in younger guys started long before his retirement.  Derrick Crawford, former Director of Team Administration for the Washington Redskins, remembers the former coach’s demeanor well.

Derrick met Gibbs in 2004 when the coach joined the team in a second stint as head coach of the Washington Redskins. But Gibbs wasn’t your typical football coach and Derrick admired that about him. While other coaches yelled at their players for hours on end, Gibbs gave out awards every week, acknowledging those who gave their best on the field. He believed in empowering his players, not beating them down. The respect he showed them birthed a team bond that could not be broken.

“When you respect your coach that much you will run through a brick wall for him,” Derrick remarked.

After his retirement from the Redskins in 2008, Gibbs wrote Game Plan for Life and launched a new organization by the same name.  Both the book and the organization delve into different areas of success and seek to empower men with inspiration coaching and community.  Gibbs and his team do this through men’s breakfasts, outreach events, and assemblies in schools.  All of these initiatives build mentoring relationships with men where they can find support and encouragement.

“We are trying to get men off the sidelines and into the game,” Derrick commented.

Derrick’s involvement with Game Plan for Life came at a critical time.  After months of unemployment, he could barely keep his head above water.  It was a taxing time for him and his family.

“I was getting food stamps, helping a buddy flip houses, and helping another buddy organize his life. I did whatever I could so I could pay the bills every month.”

That’s when he received a crucial call from Gibbs inviting him to become his new Executive Director. The mission of Game Plan for Life changes thousands of men’s lives around the country. And now Derrick’s life has changed too.

“It helped me to have faith and know that God is in control,” Derrick shared.

Currently, Gibbs and Derrick have launched a new online series, Average Joes, that tells the stories of men who have experienced success despite terrible circumstances and failures.

Helping men know what they are made of has been Joe Gibbs’ passion from the beginning.  From coaching on the football field to creating Game Plan for Life, he and his team continue to empower men all across the country. Click here to learn more about Game Plan for Life and their new Average Joes series.

Former NFL Star, Bradie James Gets Down to Business

To Serve a Nation: A Veteran’s Take on Second