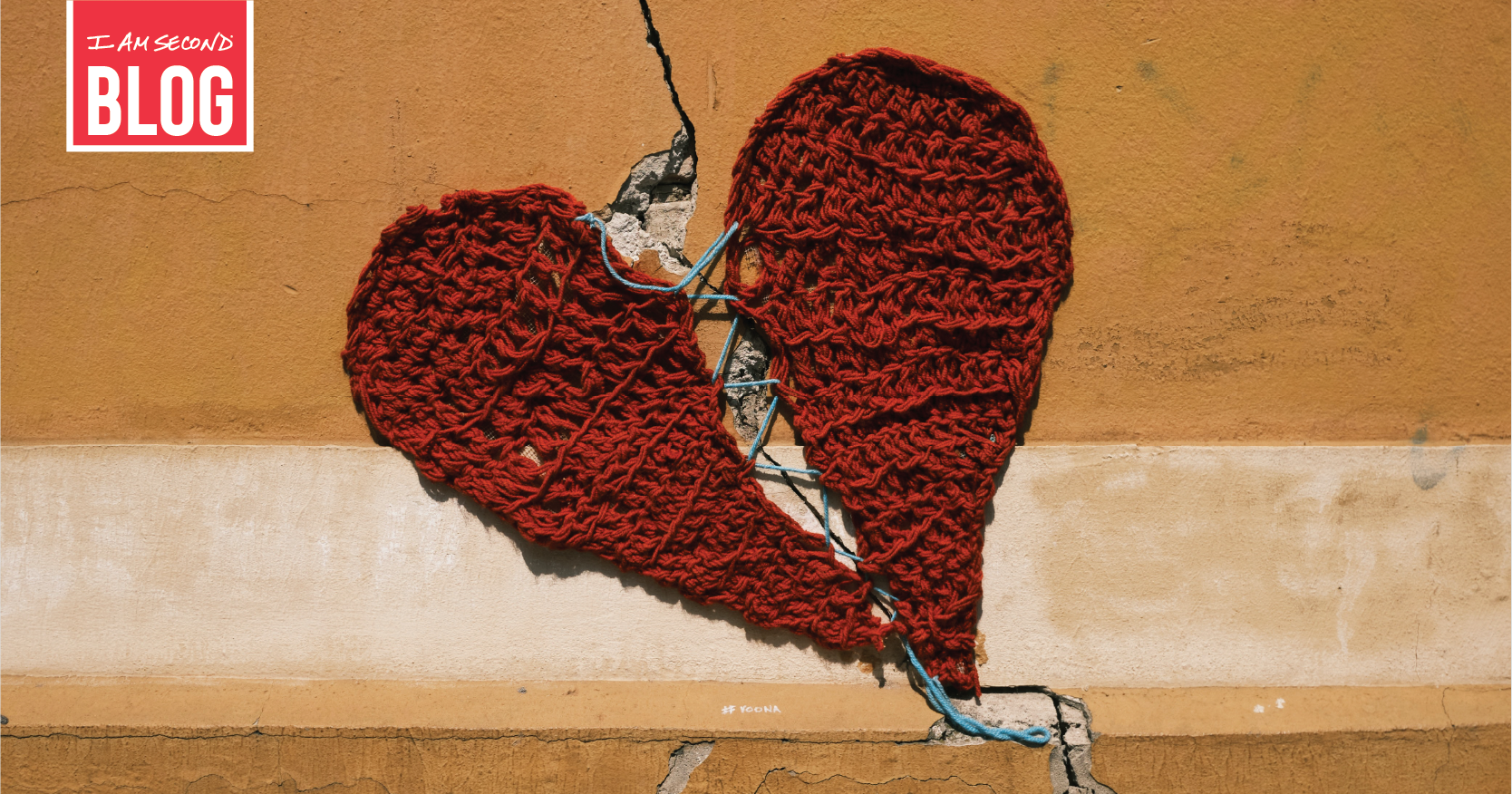 I want to talk today to the downtrodden. The desperate. The despondent. The depressed. The disillusioned. The person who sees no light at the end of the tunnel. The person who has lost hope.

The tired. The weary. The wrecked.

I have one message for you: this isn’t for nothing. There’s a point. There’s a purpose. God is redeeming it because at the core of who is, is redeemer. And here’s how I know.

I’m a Christian. I follow Jesus. I believe in God. In all honesty, it’s the only reason that any of this crazy world makes sense. I have struggled my entire life with anxiety and OCD. And God’s redemptive work is the only reason any of those struggles make sense.

In the Bible, the Christian’s guide to life, there’s this concept of redemption. Redemption is the idea that God is taking what’s broken and making it whole. That he takes the shattered pieces and remakes them into something more beautiful. That he takes our inherent brokenness and saves us from the effects of it.

Let me explain with a story.

In that same Bible there’s a story about a guy named Job. In fact, there’s an entire book devoted to him.

The book of Job is forty-two chapters long and sits right before one of the most popular books of the entire Bible, Psalms. As a quick overview, it follows the story of a man named Job who is described as “blameless and upright, one who feared God and turned away from evil” (Job 1:1)

Talk about an intro.

You can’t get any better than that, right? I mean, basically the guy is everything you ever want to be. That’s what makes the story so powerful. Despite the fact that Job was such a great guy, his world was rocked by all sorts of tragedy. He had ten kids—they all died. He had three thousand camels, five hundred cattle, and five hundred donkeys—they all died. He was a healthy man—and he almost died.

A big part of the book is Job and his friends trying to figure out why this is all happening to him. Job’s friends take a position that was so eerily familiar to me. They tell Job that he needs to repent because he must have done something wrong to cause all his pain and suffering. (Spoiler: they were wrong.) Job isn’t experiencing tragedy because of anything he did. He wasn’t living in sin. He wasn’t hiding something. He wasn’t unrepentant.

In fact, the book tells us that Job lost almost everything and was on his deathbed not because he was responsible for any of it but because God had a plan. See, God allowed all these things to happen to Job because He wanted to prove something to the devil. The devil told God that Job only worshipped Him when, and because, things were going well, and if He took away all of Job’s wealth, family, and livelihood, Job would curse God.

God took the bet. While He didn’t directly cause Job’s suffering (He didn’t author it, the devil did), He allowed it to happen. He let the devil do whatever he wanted to Job, as long as he didn’t kill him. And while Job was confused and distressed, he never cursed God, just like God knew he wouldn’t.

But even though Job didn’t curse God, he still got upset. He asked questions, like where God was during all of this. Those questions— along with the fact that he raised them—are crucial, because how God responded gives us one of the most beautiful, poetic, and stirring explanations of why tragedy is not a simple cause-and-effect relationship and why we can’t always understand His ways.

Let me sum up that response in my own words: Job, I’m God. What I do, what I allow, isn’t always going to make sense to you. But you can trust me. I’m at work.

Job rested in that answer. Why? Because he realized his struggles were being used by God to grow him. To shape him. And ultimately to draw him into a deeper relationship with God, which is what our souls crave.

As I read the book, and reread it numerous times, not only did it blow my mind but it also felt like a cold glass of water on a scorching hot day. It was refreshing, life-giving, and sustaining. It was my aha moment. My faith made so much more sense. My view of God radically changed, and it was almost euphoric.

Why? Because I realized that nothing is wasted with God. My own struggles with anxiety and OCD aren’t wasted. My hurts are not wasted. This season you’re in will not be wasted. God redeems them.

Listen, one of the effects of living in a fallen world is that tragedy happens. Yet, all of that still happens under the watchful eye of a loving God. Could He stop every evil thing from happening? Could He abate all tragedy? Of course He could. But He doesn’t. Some He allows. Why? Because it brings us closer to him.

That’s the beauty of what happened with Job. Even though he was blameless (Job 1:1), he still had room to grow closer to his Creator, and his struggles made sure that happened. Likewise, our tragedies have a way of forcing us to Christ, creating a deeper relationship between Him and us.

Sometimes God allows us to be knocked down in order for us to realize that only by reaching up for Him can we ever stand again, and to help us understand that God is God and we need to approach Him not for what He can give us, but because we can never fully be whole and complete unless we rest in Him.

Our trials have a way of making us realize how small we are, how big God is, and how desperately we need Him.

But here’s the best news. It’s not that only your struggles are being redeemed. No, the best news is that YOU are redeemed. If you’re honest with yourself, you know that you cannot be perfect. There’s nothing you can do to nail it every single moment of every single day for your entire life. You’re a failure. I’m a failure. We’re all failures. The brokenness we experience is the result of a failed world.

But God has given us a way to be perfect. That way is Jesus Christ. He’s redeeming our brokenness, yes, but he’s redeemed our broken selves by offering us Jesus.

God is a redeemer. It’s in his nature. He’s redeeming your broken life, yes, but he’s also redeeming the broken you. That’s not only good news, it’s great news.

In fact, it’s the best news ever.

If you’d like to know more about what it means to put your trust in Jesus, check out this short video or connect with one of our Live Second Coaches.

The article is based on an excerpt from Jonathon M. Seidl’s new #1 bestselling book, “Finding Rest: A Survivor’s Guide to Navigating the Valleys of Anxiety, Faith, and Life.” It’s available now wherever books are sold.