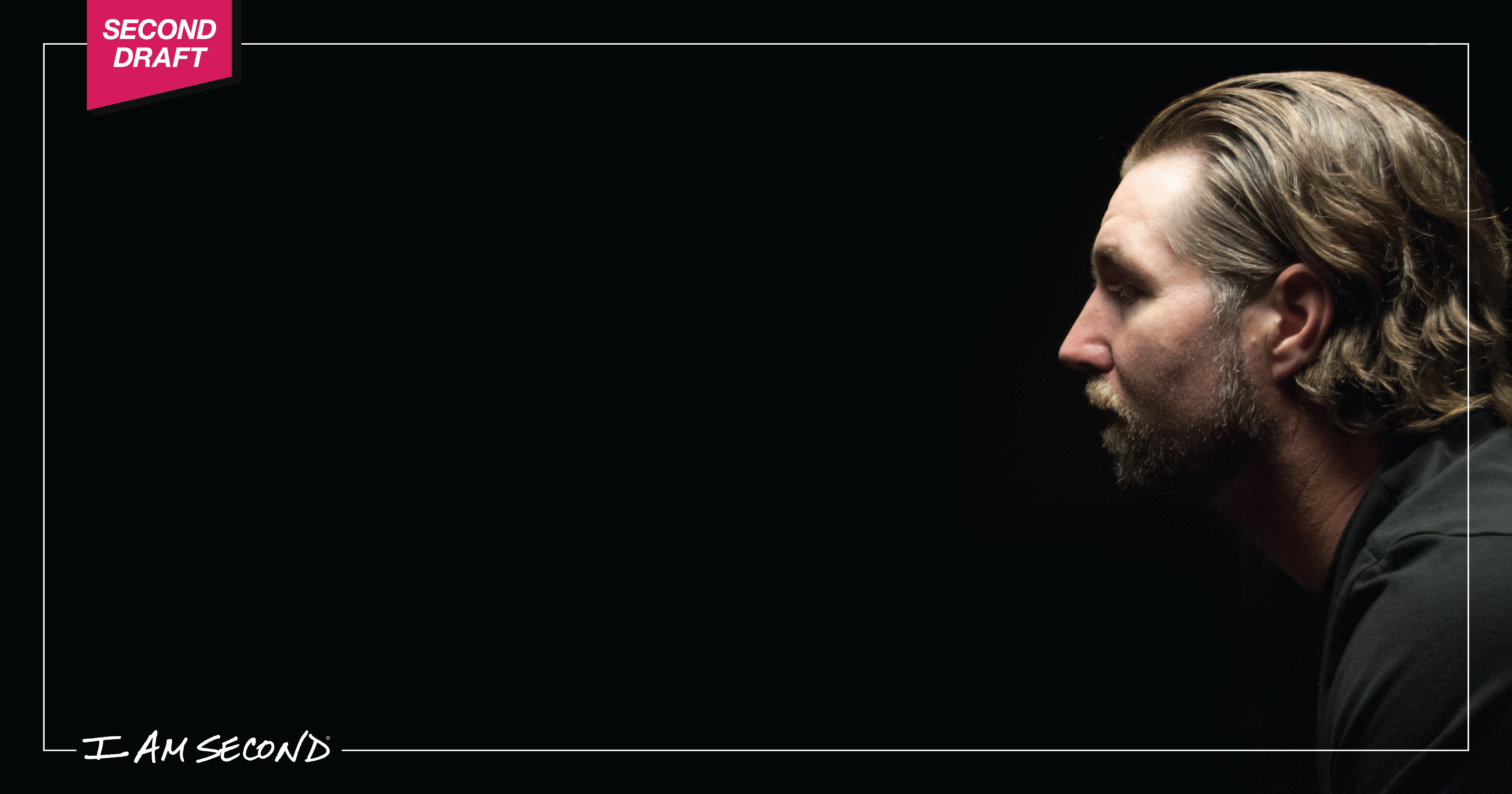 The following is an excerpt of the brand new book from I Am Second and author, Doug Bender, I Choose Peace. Pre-order your copy today to get three advance release chapters at IChoosePeaceBook.com.

What would it be like to swim across the Missouri River? R.A. Dickey thought as he stood on the river’s banks in Omaha, Nebraska. How legendary would it be to do that in front of my teammates?

He’d need to cross nearly seven hundred feet of the world’s fourth-longest river. The Missouri drains more than five hundred thousand square miles of land and gathers its silty contents to stretch over some twenty-three hundred miles. It’s a pretty spectacular river, and swimming across it would be legendary indeed.

That would go down in history, he thought.

R. A. Dickey had something to prove. He’d already spent years bouncing in and out of baseball’s major leagues, good enough to make in but not good enough to stay. He was a power pitcher on the tail end of a long but disappointing professional career. His pitches were falling in speed, squarely in the realm of mediocrity. His arm took longer and longer to recover after each game. He now stood on the banks of the Missouri, knowing that if he had to prove himself, it wouldn’t be with a baseball. Maybe a river would do?

I was really searching for some validation,” R. A. says. “If I’m not going to be a good baseball player, at least I can validate myself by taking this risk and achieving this thing.”

Word spread among the team that R. A. I was going to swim across the Missouri. The team’s hotel sat right on the bank of the river. Teammates gathered at the shore and peered from their room windows.

They’re going to tell this story forever, R. A. thought.

He stripped down and dove into the water to the cheers and guffaws of his teammates. He put his head down and started to stroke toward the opposite shore. After swimming awhile he decided to pull up and check his progress.

“I was about a quarter of the way out,” he says. “I couldn’t see anybody. The current was so fast that it had taken me several hundred yards downriver.”

Even as R. A. treaded water, he found himself sliding farther downstream. The river’s undertow pulled at his legs, sucking him down and forcing ever more exertion to stay afloat. But he decided to keep going. He stretched out and continued across the river, head down and arms stroking one after the other.

“I’m starting to get really fatigued,” he remembers, “I poke up again to see where I am, and I’m almost to the halfway point. I think to myself there is no way I can get to the other side.”

Panic set in. He wasn’t even halfway across and was already struggling to keep his head above water.

“It was either keep pressing on and die trying or swallow my pride and try and make it back to shore and survive,” he says. “After treading water for a few seconds, I decided to go back to the bank that I started from...if I could.”

But it quickly became apparent that even this goal might be impossible to achieve. Less than one hundred feet from the shore, he started to sink.

“I didn’t have anything left,” he remembers. “My muscles were burning. The lactic acid was building up in my joints. I could hardly lift my arm to stroke.”

He would take a stroke and then bob under the water. He’d force himself back to the surface, take another stroke, and then dip back under. “I’d try to swim underwater for a few seconds and then come to the top. But I couldn’t continue to do even that. So I finally surrendered to the river. That was it. I was going to die.”

Regret and memories filled his mind. Thoughts of his wife and three kids overwhelmed him.

Much had happened to bring him to this moment. A man who needs to prove himself is a man carrying a weight. And in this case, the weight was shame that began in his childhood after a series of confusing and painful events.

This harrowing event in the life of R. A. Dickey forced him to reflect on the pain and baggage he’d carried with him all his life. Abused and raped as a child, R. A. Dickey had kept it secret from everyone but the secret ate him. Could he bring himself to actually face his past? What would his wife say, if he revealed such a dark past?

Watch R. A. Dickey tell the rest of his story in his own words HERE.

Why I Kissed God-is-a-Set-of-Rules Goodbye

“Does God Give a S---?” How Ben Affleck’s Newest Movie Answers the World’s Most Important Question