When God Says No 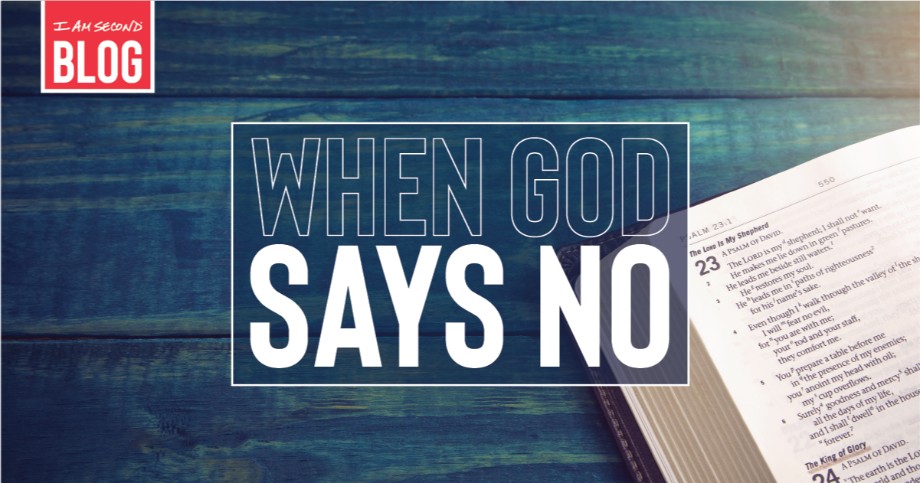 He traveled for a living. In the morning he’d set up shop along the downtown streets of whatever city he happened to be at. There he’d hawk his goods to any pedestrian whose eyes caught his. As the afternoon sun grew hot, he’d retreat under his awning to craft his wares and fulfill any orders he succeeded in garnering earlier in the day.

But today he’d pack up early. That would mean less money for food and less money for traveling to the next city. He tried not to worry. This also meant he would have to call in sick for his other job, too. He worked that job on nights and weekends. Sometimes it paid, sometimes it didn’t. But that was the job he really loved.

Thankfully he had a friend who was a doctor. At least he wouldn’t have to worry about that bill. Hopefully, today, his friend would be able to help.

On multiple occasions he had begged God to help him. He believed that God could heal. He knew people who had been healed. He even once met a guy who was raised from the dead. He had seen some really crazy stuff.

But God always told him no.

Three different times, he’d gone to God to petition him with all his might and begged him to do what God had done for so many other people. And all three times God refused.

He struggled with this reality for some time. Had he done something wrong? Was this punishment for his old life, all the mistakes he made back then? If it was, he deserved it, he always thought.

But it was in watching his friend, the doctor, that he heard a deeper truth from God. His friend had certainly seen his fair share of suffering, pain, and even death. He too believed in God. He too had asked God to heal. He told his patients to trust God, but many times God would say no.

But sickness and struggles of all sorts had a clarifying effect on these people. When life was good, they would brag about all that they could accomplish and do. But when difficulty came, they could see how weak and small human life really is and as a result how much a person really needs the mercy and presence of God. In that way, the difficulties of this life would lead to faith in a God who promised a perfect and forever existence in heaven.

So today he’d hope once more that his friend, the doctor, would be able to heal him or at least manage some of his symptoms. But no matter the result, he was thankful. Thankful that this difficulty humbled him and clarified his goals in life, his need for God, and his ability to see all the kindness and mercy that God had already given him.

If you’ve never heard this story, you may be surprised to learn that this man is actually quite famous. (Read it in his own words here). Like many history-changing people, he wasn’t fully recognized in his time. He even later would die doing that job he really loved and the one that would make him so famous.

His name is Paul. It was this man who introduced the message of Jesus to the non-Jewish world and to Europeans in particular. He would go on to write a large portion of what we now call the New Testament. His friend, the doctor, also known as Luke, would contribute two books to the New Testament as well.

Both of these men learned the value of uncertainty. Most of us don’t know what school is going to look like in the fall. Jobs, if we still have them, are equally unsure. Even our health is something that we now think and worry about in ways we never have in the past. Our schedules, social connections, finances, and health are all uncertain in new and profound ways.

Clarity brings strength of mind and soul, even if the body is suffering. He could believe this because it is when things were difficult that he could most clearly see the power of God. When life stopped working right, it was then he could see how right God is. Paul tells us that it is in those moments that Jesus’ “power can rest on me.”

So in these uncertain times, remember that God is still certain. He has not changed. He is still there, still in love with you, and still full of mercy. These uncertainties can wash away a lot of what we build in this life, but God hasn’t changed.

What has the recent uncertainties made clear to you about God? Share with us in the comments below your new perspectives, insights, or stories about God.

Doug Bender is the blog editor for I Am Second and best selling author of I Am Second: Real Stories Changing Lives, Live Second: 365 Ways to Make Jesus First, and I Choose Peace.