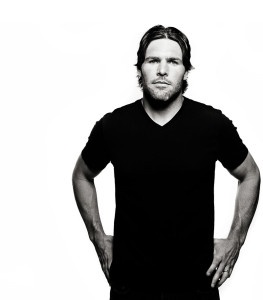 I have never followed professional hockey in my life. I grew up in the Panhandle of Texas, and I’m not sure that there was even a single hockey rink in those hundreds of square miles. No one talked about hockey when I was a kid. Baseball was even kind of an afterthought. Football was, and is, king. Basketball just got us through the winter.

Though certain sports, hockey included, aren’t part of my DNA, I’ve learned to watch and enjoy them over the years, especially when the team is doing well, which is the case for this year’s Nashville Predators.

Sometimes I’m more drawn to the players themselves than I am the game that they play. That’s one of the things that makes sports so compelling - knowing the individual stories of the athletes. Watching them overcome adversity, whether in their childhood years or after they achieved some level of success.

Mike Fisher, captain of the Nashville Predators, is one of those people.  And right now, he and the Predators are going after the biggest prize in all of professional hockey - the Stanley Cup.

So, the big question is: what does it mean to be second when you’re pursuing the position of Number 1? Can you still be second to God and others when the goal is to be the very best in your chosen field of endeavor? I want to do the best I can be in my job. I want to be the best father I can be. Deep down, I want to be first. First, while being second.  Seems like an oxymoron, right?  Well, not really.

We have all desired to be number one at something. Whether it was finishing a race as a child or your place in line when the new iPhone came out. First feels good! First is first for crying out loud!  What did Ricky Bobby say? “If you ain’t first you’re last!” And the general consensus is that the late Dale Earnhardt is responsible for letting us all know that second is the first loser.

Well, you can actually live second and finish first. That is what Mike Fisher of the Nashville Predators is trying to do right now. They won some very tough games in the playoffs, and now they’re right in the middle of pursuing the biggest prize in professional hockey - the Stanley Cup.  Knowing what we know about Mike, I am confident that he is giving 100%.

But it does acknowledge that the people in our lives are ours to serve and love and support.  And that God wants each of us to put our pride and ambitions aside if those things are damaging to others. Living second is a win/win. It puts a balance in our lives that can’t be achieved through the constant pursuit of ‘self’.

As the Predators continue to win in their pursuit to be the best in the world, I think it’s safe to say that their Captain understands that winning in life, through living second, is the sweetest victory of all.

And that’s the main reason I’m watching. Mike Fisher brought me to hockey.  I was a fan of his story and his character before I knew anything about his sport. If you haven’t heard his story check it out here. I know enough about him to know that he understands that there are more important things in life than winning. How we treat people while we’re on this earth, and the legacy that we leave behind in the small things transcends any victory that we might achieve in our professions.

So, when the remaining games in this Stanley Cup final are on television, you know where I’ll be - cheering on the Preds, knowing that whether they win or lose the most important things have already been won. This small town boy from the flat, arid lands of Texas, where a hockey rink is less common than a UFO sighting, is a fan for life.

Stan Fletcher’s day job is showing people around Lieper’s Fork Distillery as a tour guide.  He writes music, plays the guitar, and performs weekly at various spots around Nashville.  He has been involved in various aspects of I Am Second since the beginning of 2016.  Stan was a pastor in Seattle and Scottsdale for 13 years.