5 Huge Life Truths from the New Mike and Carrie Series 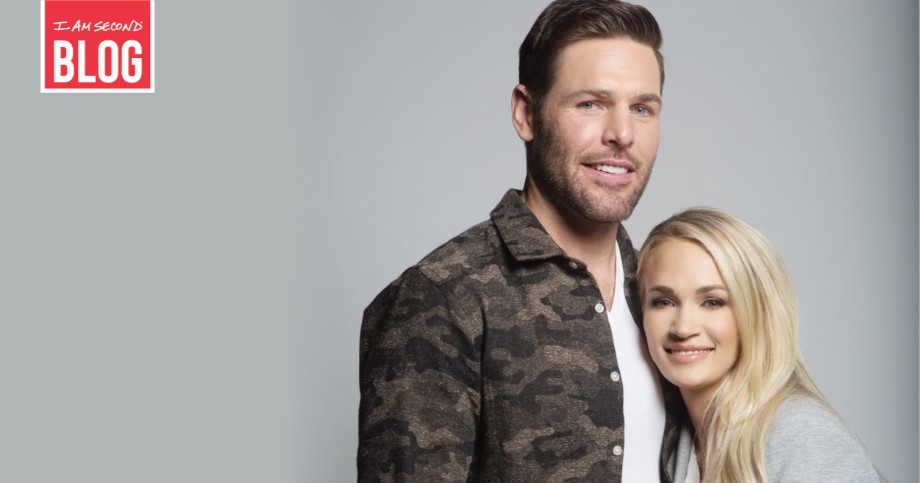 NHL Veteran, Mike Fisher, first shared his story with us in 2014. He’s back with his wife and country music star, Carrie Underwood, to share even more about the huge life lessons that God has been showing them. Mike and Carrie: God & Country premiered this week on iamsecond.com. Here’s a few of our favorite quotes from Episode 1: “I Cry Easy” of this 4 part series.

“When I first realized my goal at age 19, that was probably the emptiest I’d been as a person but it should have been the most [fulfilling], but it wasn’t.” -Mike Fisher

Mike grew up on the ice, dreaming of going pro. Like most kids in his hometown of Peterborough, Ontario, hockey captured his heart and imagination. He always hoped to make it to the NHL. When he actually made it at the young age of 19, it didn’t fill any of the parts of his heart he thought it would. He had the dream job and all the money he could hope for, but it didn’t give him satisfaction or peace. It left him empty instead. Maybe hockey isn’t your dream. But if your dream is attached to this world, you’ll end up in the same place as Mike Fisher. The Bible tells us that God “set eternity in the human heart.” That means non-eternal things, insert anything from this world, can’t complete or fulfill us. We are designed for something more, or more specifically, someone more. It was only through Jesus that Mike found that completeness.

Jesus Doesn’t Erase Our Differences, He Puts Them in Perspective

“That is where our faith comes in. It gives us a center ground where that is the most important thing in anything and then in your differences there’s always a way.” -Mike Fisher

It turns out that when two people get together they don’t agree on everything. Big news, right? Well, Mike and Carrie are no different. He loves to hunt. She doesn’t eat meat. They each came into the relationship thinking the other would be swayed to their side. But when you love another person, it doesn’t mean everything about you suddenly changes. Even for two people who follow Jesus, having different viewpoints and beliefs is normal and healthy. What Jesus does is give you a true center, a unifying starting point from which your differences lose their ability to divide.

Everyone’s Got a Past. Jesus Loves You Anyways

This has taken me a long time to learn myself. Mike was one of those good kids from a good family. But even the best of us have made mistakes that leave us with regret and guilt. The really scary part comes when you start thinking that God’s love for you depends on your goodness. I could quote a verse from the Bible here, but just think for a moment. In what healthy relationship is love dependent on good behavior? Do you love your child only when they are good? Do you love your girlfriend/boyfriend or spouse, only if they do something nice for you? Not in a healthy relationship. Why then would you think that God is worse at love that you and I? Love always has forgiveness wrapped inside it. God’s love is no different.

Human Relationships Can Teach You about God

“It was one of the greatest gifts ever. It made me realize how much God loves us and the sacrifice he made.” - Mike Fisher

After the birth of their son, Mike and Carrie both fell instantly and uncontrollably in love. It’s something so many parents can attest to. Having this instinctual love for a child is an experience that can reveal truths about God’s love for us. In the same way that loving your child is built into your DNA, God’s love for you is built into his very nature. The Bible tells us that “God is love.” It’s who he is. And his instinctual reaction to seeing you is exactly that: love. Watch this film to learn more about what it means to have a relationship with God.

“The greatest thing I want for my son is a relationship with God and in that moment it became real.” - Mike Fisher

Mike didn’t say this just because he thought it would be the right answer. He lived it. He grew up being taught about God, but pouring his life into something else. He found emptiness and pain in that path. He wants to raise his sons to know and hold to what he’s learned without having to take the hard road he took to learn it. As one of Mike’s favorite Bible passages says, “What good is it for someone to gain the whole world, yet forfeit their soul?” That doesn’t mean you can’t aim for big things in this life. Mike Fisher spent nearly two decades playing in the NHL proving otherwise. But just don’t forget that what is big in this life, is quite often not all that important in the end.

If you want to learn more from the new series, Mike and Carrie: God & Country, you can download the film discussion guide to glean even more from their inspiring story.

Family | I Am Second

Entrepreneur Ayesha Curry Answers: Why She's Not a Basketball Wife