Duck Dynasty Star Reveals He Has a Daughter 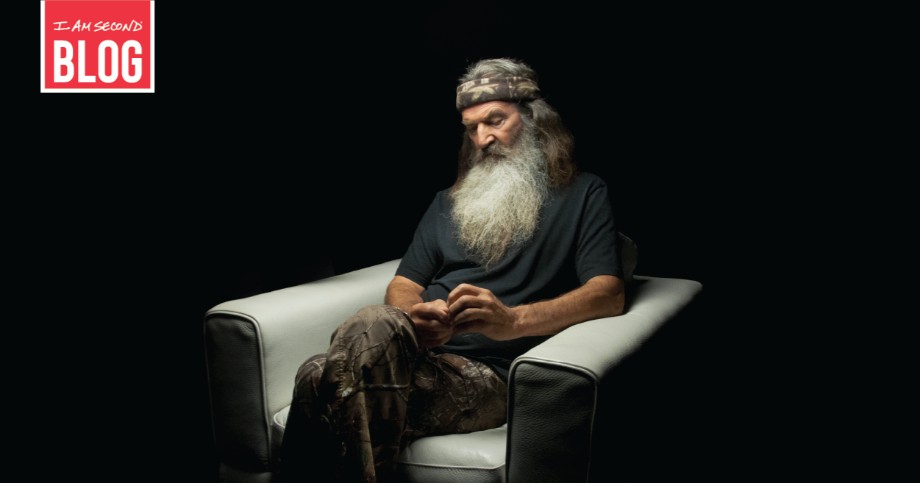 Phil Robertson, star of Duck Dynasty, revealed in May of 2020 that he had a daughter from an extra-marital relationship from 45 years ago. He introduced fans to Phyllis on his podcast “Unashamed with Phil Robertson.” Just months before in November of 2019, Phyllis had learned that the man who had raised her was not her biological father. According to a blog shared by the Robertson family, she says “this set off a chain of events that led me to a new and wonderful family and the most positive outcome one could imagine.”

Phil has made no secret of his wild past. In numerous books and interviews, including this one from I Am Second, he has said, “My parents were godly people, but as soon as I got old enough sin sprang to life. I went on a rebellious run until I was 28. Trust me there was a lot of error.”

Phil and his wife, Miss Kay, as she is known, have been together since they were young teenagers. But their early years were strained by his drinking and partying. “Then he started carousing around on me,” Miss Kay says. “I knew but I didn’t want to believe it.”

This continued for many years. “It was hard,” Miss Kay says. “I had a drunk husband. Phil grew more and more unhappy with me. Finally, he kicked us out.”

The final straw proved to be Miss Kay’s growing faith in Jesus. For many years Miss Kay had pinned her hope on earning credit with God by putting up with an unfaithful husband. Then, a pastor friend told her that “everyone had done wrong and fallen away from God” and that the answer was trusting in Jesus rather than trying to earn something from Jesus. When she chose to do exactly that her life began to change and Phil wanted nothing to do with her new life direction. It would take Phil longer to have his own moment with God.

“I grew up in church,” Phil says. “I don’t know how I had missed it. I was blown away when I finally understood that Jesus died for me.”

When he realized that God loved him and had sent his Son to die for him, he decided to change his life, too. He says, “I went from getting commode-bugging drunk and a life of misery, to meeting Jesus. Since I was baptized, I came out thinking I’m going to be as wide open for good and for God as I was for the evil one and living this sinful lifestyle.”

It’s been 45 years since he made this life change and he never looked back. Until now.

“Up until [Phyllis] showed up,” Phil said on his podcast, “I had nothing good to say about what happened before I repented. I just walled it off. But I did tell [Phyllis], pretty quickly, ‘Girl, you’re the best thing that ever came out of my past.”

Phyllis would later explain that she had no idea that Phil Robertson was her father until recently. Her son took a DNA test and discovered his DNA didn’t match with the family history he had been told. Phyllis decided to take a test as well. After some more research, she eventually discovered she had a match in the Robertson family. She reached out to the Robertsons saying she didn’t want to disrupt what they had as a family and so gave Phil the choice of whether he wanted a relationship with her.

Phil and the rest of the family has welcomed her with open arms.

“God is a God that restores broken people,” Phil says. “I was a broken mess, a slave to my desire. God redeemed me 45 years ago, but he didn’t stop there. God is continuing to restore me and has brought me to my long-lost daughter, and I love her.”

The Bible quote that keeps coming to mind for Phil is this one: “We know that in all things God works for the good of those who love him, who have been called according to his purpose.” He has learned God was able to bring something amazing, a daughter he never knew he had, from his wild past.

13 Reasons Why NOT: an open letter to my friend who committed suicide

A Hitchhiker's Guide to Easter

Is That Voice in Your Head God?