If Paul Walker were a Pastor, He'd be Like This Guy 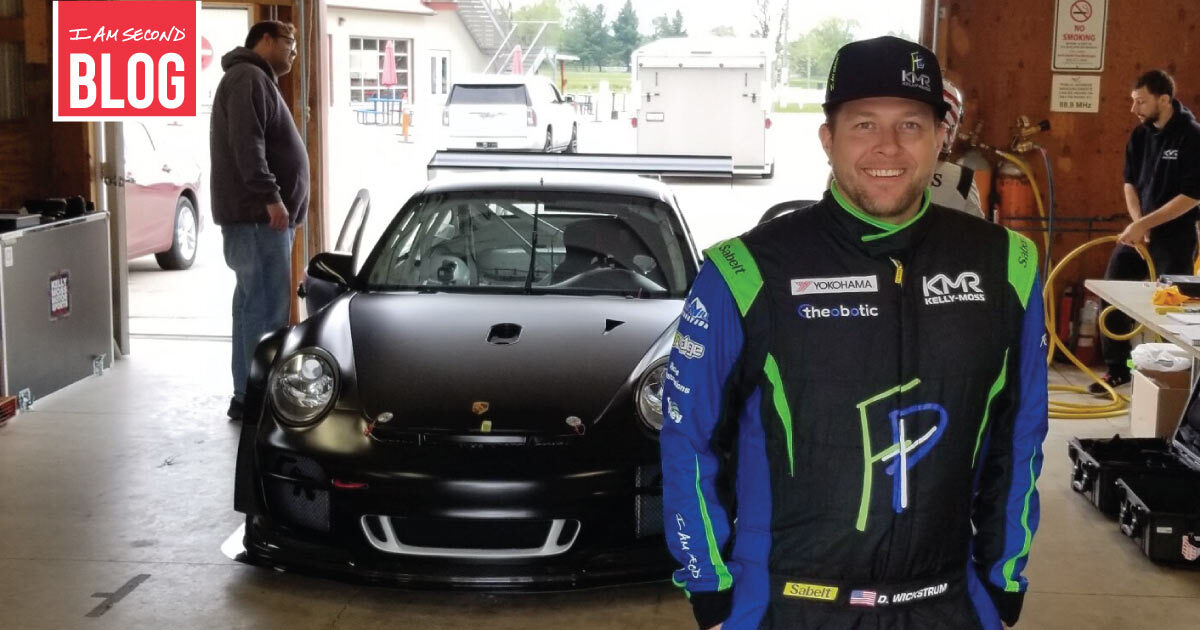 He’s known simply as Pastor Don. But he’s not what you might expect from someone who goes by such a title. He certainly has a passion for sharing Jesus with people (hence “pastor”) but his first love was of cars and racing.

“My first memory is of watching a 1968 Ford Mustang rolling through our neighborhood,” Pastor Don says. He was just two and half years old at the time. It so happens to be the exact same car that’s always been on my dream list. However for Don, the sight of such a beautiful machine sparked a lifelong hobby and now career. Though his start in the sport began on the less-than-legal side of things.

“I did drag-racing on the road,” he says. “It’s illegal racing, but it’s all that I could afford. We would make money and that would give us enough to upgrade the car.”

He says it wasn’t exactly Paul Walker’s The Fast and The Furious. “It’s really a bunch of teenagers and middle-aged men getting together scared out of their minds that [the police] would come get you.”

But those early experiences led him to eventually attempt the legitimate and seriously challenging Pikes Peak International Hill Climb. The race draws some of the most daring drivers on the planet and is known as The Race to the Clouds. The track measures just shy of 12.5 miles to the top of Pikes Peak in Colorado. The finish line is 10,000 feet and 156 turns above the starting line, a very steep climb.

“I was diagnosed with cancer when a friend of mine suggested I get something off my bucket list,” he says. “Pikes Peak was one of the top things on that list. I’ve admired the race since I was 8 years old. I only intended on doing it one year. My goal was to make it up the mountain.”

He ended up crashing before he could complete the climb on his first attempt. Just days before his second attempt, which was this year, we were scheduled to talk for an interview when I got this text from him:

“I wrecked today. I was ambulance to the hospital, by the good grace of God (and doctors unbelief) i have nothing broke, nor fractured, no internally bleeding. [My car] Bernice is scrap. Doug i will have to reschedule our call i am very sorry.”

So he’s yet to tick this one off his bucket list.

But no matter his health and now racing challenges, Pastor Don is about the most upbeat and hope-filled guy you can meet. I asked him why.

“That’s not a real short story,” he says. “But when I was younger, I went out to prove the world’s religions wrong. Most of them were really easy. Just historically, I was able to shoot a lot of holes in them very quickly. But then I went on to Christianity and I thought it would be a slam-dunk. I looked around me and I saw a lot of hypocrites and I thought it’d be no problem. But two years later, I hadn’t proved the Bible wrong yet. Everything I had been told about Christianity that was supposed to be a lie, I couldn’t back it up. I was angry and didn’t want to come to terms with that.”

Pastor Don is the engineer type; the kind of guy who can tear down and rebuild a race car. He felt frustrated and even angry that he hadn’t been able to tear down the last option in religion. All his mental might hadn’t been able to scratch Jesus off the list. Then this very logical, resistant, and angry person felt God reach out to him.

“I can remember there was this pre-heater oven we put these big molds in,” he says. “When you open it up, 850 degrees would hit you in the face. It was like 2:00 or 3:00 in the morning. I had opened it up, the heat came and blasted me in the face, and I heard God say, ‘this is nothing compared to hell.’”

At that point he knew he had a choice to make. If Jesus was not a liar, the Bible proved true despite all his attempts otherwise, then he needed to get right with God.

“I must have laid on the floor for hours, after that,” Don admits. “I think I confessed every sin I’d ever done. But just knew that the Bible told me that if I confessed with my mouth that Jesus was the Messiah, that he was fully God and fully man, that he came on this earth to forgive me of my sins, that I had to surrender my life to him.”

“Whatever I’ve done,” he prayed that day, “I pray you forgive me. I know I haven’t lived life the way you wanted me to. I surrender it. My life is completely yours. If you tell me to do it, I’m going to go do it.”

“I can’t say I felt any different,” he says of the moment he committed to follow Jesus. “A lot of people say they feel completely different. I didn’t. But what I did have was hope. Through my whole life, I never felt good enough. I had a lot of success on the outside, a lot of things going for me. But I never felt enough. I felt empty. But now I felt hope.”

Don still has a lot of things he’s hoping God will do for him. He’s still got some health challenges that he’s praying for. (We are too, if you’re reading this Don!). And he still hasn’t found the top of Pikes Peak. (We’re rooting for you there too, Don!). But he knows that God is with him for whatever journey God’ got planned ahead.

Shortly after his cancer diagnosis he heard this from God that still motivates him today: “Don, if you die of cancer, Jesus won’t give up and get off the cross. My love will endure and your home in heaven will still be waiting.”

“So many times we get caught up in the goal,” Don says, “but God captures us with the journey.”

Maybe you, too, have gotten a recent cancer diagnosis. Maybe you have your own Pikes Peak you have been striving for all your life and haven’t yet climbed it. I don’t know what journey God has you on right now, but I can echo Don’s words here: God is with you on that journey. He’s got eternity in mind and this bit of the journey is a short, short piece of it. But it’s the part of the journey that he is using to prepare you for an eternity with him. Hold onto Jesus and hold onto that perspective, and you’ll have the hope to make it through. Need some help? Take this quiz and we’ll connect you with some practical tools and resources to help you along the way.

If you want to keep up with racing’s fastest pastor check him out here. And if you’re in the mood for a few more racing stories check out Joe Gibbs, Darrell Waltrip, or these NASCAR drivers.