Bieber: The Most Human Season I've Ever Been In 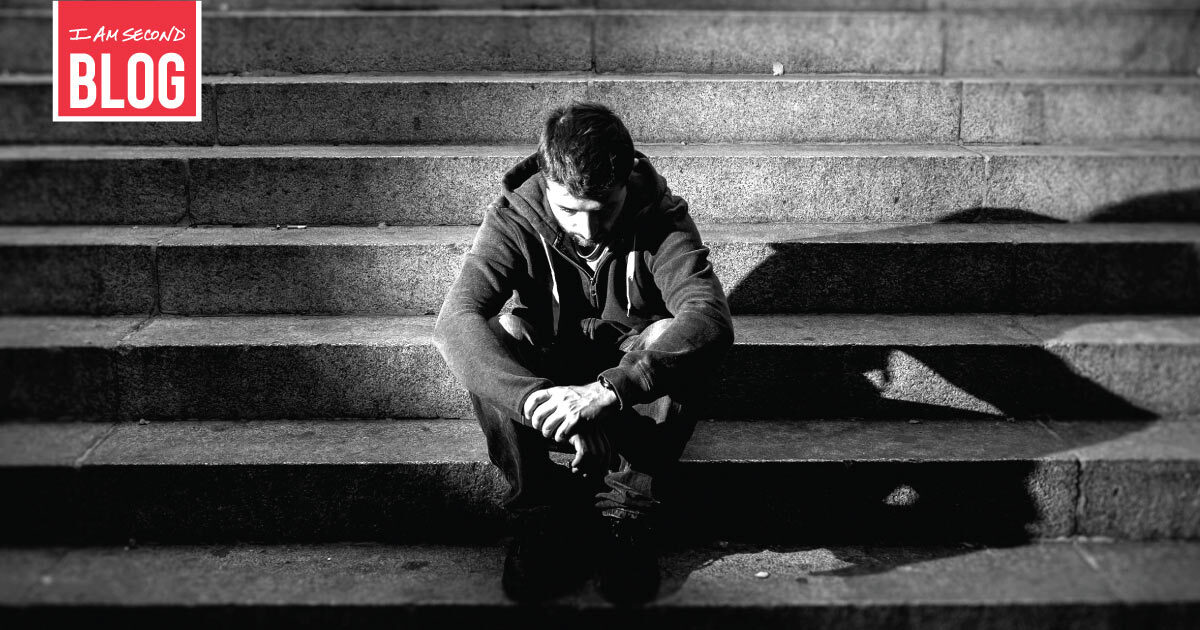 Justin Bieber has made no secret of his struggle with mental health and how faith in Jesus has strengthened him. In a new YouTube documentary he shares how he got to the point of feeling “really, really suicidal,” and that anyone who is struggling should seek help. Here are a few of his tips and how they square with Jesus’ words on the topic.

Justin Bieber took to Instagram to open up like never before on his troubled and mistake filled past. The excessive pressures of childhood stardom coupled with his parents separating made for a toxic mix of circumstances. He confessed entering adulthood having "never even learned the fundamentals of responsibilities." This led to him doing heavy drugs, underage drinking, relationship trouble, and more. He says that by the age of twenty he "had made every bad decision you could have thought of." He still struggles with depression and mistakes from the past, but what let's him start the healing is knowing that God forgives the worst mistakes. Forgiveness is a bright light in his otherwise dark bouts with depression. If you find yourself in a dark place, take hold of God's forgiveness and you too can catch a glimpse of the light.

Look Around and Calm Yourself

My gramma just shared this with me. Share of this helps u

The technique of “grounding” aims to distract your mind away from worrying about the future by focusing on the present. While the technique, and for that matter the whole field of psychology, is a modern concept, Jesus certainly spoke about not worrying for tomorrow when he said, “Do not worry about life. Look at the birds of the air...your Father feeds them. Do not worry about tomorrow, for tomorrow will worry about itself. Each day has enough trouble of its own.”

So go ahead. look at the birds and the grass and the trees. Focus on what’s around you now and today. Let tomorrow worry about itself.

Don’t stop fighting the battle has already won.. fight for what you love and who you love don’t let fear and anxiety win..god has not given us a spirit of fear but of power love and of a sound mind! I havent believed the truth about myself I haven’t believed I am loved I haven’t believed I am forgiven it’s a hard thing for me to wrap my head around. I hang my head in shame and I wallow in sadnes about the the people who have betrayed me. Jesus has given me freedom and the persuit of getting to know his character is never ending. Gods character never changes he is the same yesterday now and forever. He is always good!. I won’t be afraid to be vulnerable before him.. his power is made strong in our weakness. God isn’t afraid of your pain and your brokenness he actually welcomes it. Come to me all who are weary and burdened and I will give you rest! these are words from Jesus! There is hope and it’s in him.!! He loves and cares for you! For god so loved the world that he gave his only son so that whoever believes him wont die but have eternal life! You are that whoever and he accepts you as you are!! He loves and forgives you and welcomes you into his arms every time you mess He is a perfect and loving god who adores you!

Bieber opens up with a declaration of victory. Whether its anxiety, OCD, depression, or any other mental health struggle, you have to hold on to hope. Life can and will get better, but you’ll have to fight for it. And truth is your weapon. Some of Bieber’s weapons of choice come from Jesus like:

“I have told you these things, so that you can have peace because of me. In this world you will have trouble. But be encouraged! I have won the battle over the world.” -Jesus, (John 16:33)

Hope needs a foundation. You can’t just think positive and expect to win out in the end. You have to know that the victory is sure, even if you can’t see it or feel it in the present. That’s something Jesus gives. He walked among us healing the sick, setting people free, and raising the dead to life. He proved his power in the past, giving us a foundation of hope for the future. That’s a truth you can rest on.

Get Jesus to Get Free from Bondage

Life is thoroughly confusing. Everyone has their own truths, advice, insights, and opinions. And social media lets them shout these to you anytime people feel like it. Anything you post online can and will evoke people’s cheers and boos, accolades and criticisms. But Justin Beiber has found a truth that he holds to no matter what. And that one truth has set him free. Jesus promised his followers that if you hold to his teaching, “then you will know the truth, and the truth will set you free.” If you need to be set free, follow Jesus and you’ll discover a truth that gives freedom.

Be Honest, Be Praying

Just wanted to keep you guys updated a little bit hopefully what I’m going through will resonate with you guys. Been struggling a lot. Just feeling super disconnected and weird.. I always bounce back so I’m not worried just wanted to reach out and ask for your guys to pray for me. God is faithful and ur prayers really work thanks .. the most human season I’ve ever been in facing my stuff head on..

I remember seeing this post when Bieber first put it up earlier this year. He’s rich, famous, and married to the beautiful love of his life. “How could he be struggling?” everyone asked. But Justin answers this question in his own post when he says that this is “...the most human season I’ve ever been in…” Struggle is a human condition. As long as you identify as human, you’ll have those times and seasons of struggle. Don’t deny it. Don’t bury it. Be open with others and be open with God. Even Jesus had these dark moments. The night he was betrayed and turned over to be killed, he prayed and asked his Father if there was another way, if he really had to be tortured and killed for God’s plan to work. The Bible says he was “in anguish” and “his sweat was like drops of blood falling to the ground.” The human experience has struggle included in it, even Jesus knew this part of humanity. Be encouraged that you are not alone. But also, find courage in sharing with others and sharing with God. He’s there. And He cares.

Sang at church last night. God is pulling me through a hard season. Having trust in Jesus at your worst times is the absolute hardest. But he is faithful to complete what he started. I also want to thank my wife for being such a huge support in my life through this season.. it says in the bible count it ALL JOY when you face trials of various kinds. Sounds insane considering when u face trials u feel terrible. But if we are grateful and worship god for what we do have in that season there is so much power in that... whatever pain you are going through just keep telling yourself THIS WONT LAST! Love you guys we in this together

Just this weekend, Bieber reminded his fans that trusting Jesus in hard times is not easy. But there is so much power in remembering the good that God has given you when you feel terrible. When joy is the furthest away you need to believe in it the most. Hard times won't last. That's the message of Jesus that keeps Bieber's head above the water when all else fails.

So look around and be present where you are. Fight with truths and with Jesus on your side. Be honest about your struggles. And keep praying. The victory is already won.

"You Need to Read What Justin Bieber Said about Christianity--Because He's Right!"

"Justin Bieber Nails it Regarding God and Faith, Again"

A Hitchhiker's Guide to Easter