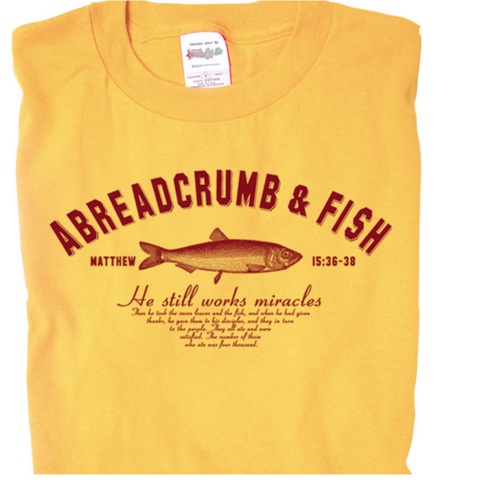 I read something yesterday that had me laughing, but as I thought about it more, it really got me wondering: What should a Christian look like?

Relevant magazine posted a hilarious article titled, "13 Things Every '90s Youth-Group-Goer Definitely Owned." If you grew up in the evangelical church, you should read it. It will bring back a lot of memories.

Most of mine were funny. Many of them slightly embarrassing. But as I thought about that period of my life, I started noticing something. A lot of what my 90s church experience was about involved one thing: Defining Christianity in terms of cutting ourselves off from the "world."

It was about having our own music. Our own movies. Our own sayings. Our own logos. It wasn't about helping redeem culture, it was about receding from it. It was about working hard to show you were better than all the stuff and bad people around you, thus convincing people they just had to have what you had.

Who remembers this? You shouldn't wear Abercrombie clothes, because they use scandalous models! Take a stand by wearing the "Abreadcrumb & Fish" shirt instead! 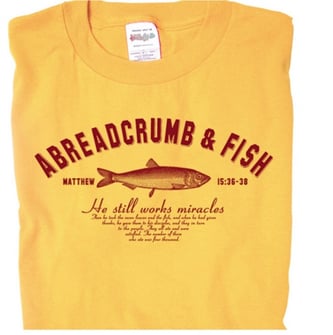 Here's the funny thing: We retreated and then just couldn't believe when culture continued to get worse. Then we'd pull back even more, treating it and those involved like mange-ravaged dogs that were to be pitied but avoided. You could pet them if you had gloves on, but don't get too close otherwise.

But what did we think was going to happen if we decided to put up our walls and try to protect ourselves from what was going on "out there" instead of engaging it? If all we did was point out the burning house and shake our heads instead of caring about those inside? It's as if we were saying: You poor person. You should come outside. Don't you see how much better it is out here? I'd come in, but it's too hot and I don't want to get burned.

Are we supposed to be different? Absolutely. But what if being different wasn't focused on a checklist of things we shouldn't do, and more about what we should?

Listen, I'm not talking about always ignoring the bad and only focusing on the warm fuzzies, (and there are certain lines we should draw and not cross). But what I am talking about is more grace, more love, more being "for" and less being "against."* More listening and less listing of wrongs. More relationships and less trying to always be right.

So that brings me back to the opening question: What should a Christian look like?

I don't mean appearance. What I'm talking about is more of the essence of "look." Actions. Deeds. Words. How should a Christian be?

I don't mean to sound so simple, but I think it's about being honest. Of course there are certain core beliefs anyone who calls themselves a follower of Christ must hold. But how do those beliefs affect us?

Shouldn't they compel us to admit who we really are?

We do the things we don't want to do.

There are things we're sure about.

There are things we doubt.

Some of us are strong.

A lot more of us are weak.

Christians should be authentic. Human. Be people who have their issues but also have real hope that their struggles don't define them. People with a desire to live for something greater than themselves. People who know they're going to fail and admit it. People whose "don't dos" are a result of wanting to live a life of more compelling "dos."

Take a look at those we've filmed over the years. Addicts. Athletes. Rappers. Strippers. Bad dads. Bad husbands. Bad shape. They're not people who have it all put together. They're people who have been put back together.

Take No Malice, for example:

Let me put it this way: I'm not a Christian because I don't struggle and I have it all figured out, I'm a Christian because I do struggle and I don't have all the answers. I recognize there's something and someone outside of me that does. He loved me enough to offer me a better way, the best way. And that love compels me to greater and better things, and stirs in me a desire to share it with others.

John Piper, a man much wiser than I'll ever be, puts it like this: "A Christian is a person living under the constraint of Christ’s love. Christianity is not merely believing a set of ideas about Christ’s love. It is an experience of being constrained by that love."

And you know what? A silly t-shirt with a fake logo on it was never going to convey that.

*If after you read "more love" you whispered "more power" you were truly deep into the 90s to 2000s church culture. If you don't know what I'm talking about, watch this video.

The day I finally forgave my crack-addict sister