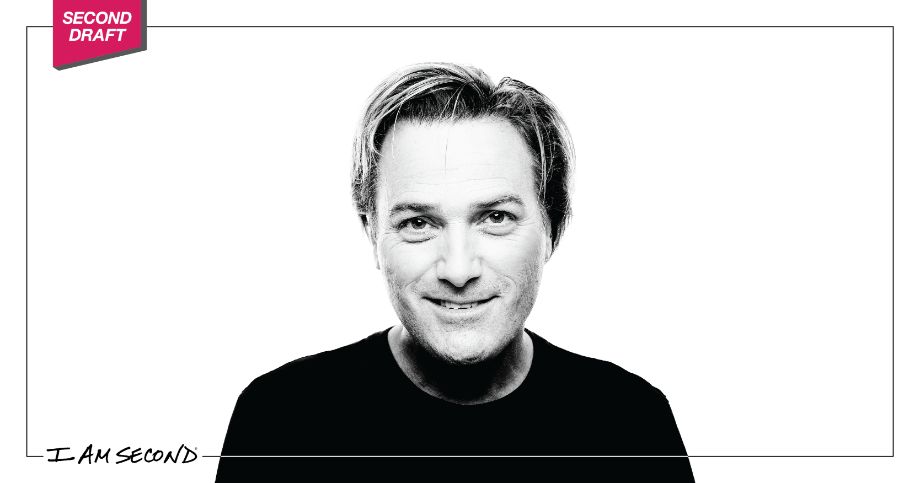 "I pray that God, the source of hope, will fill you completely with joy and peace because you trust in Him. Then you will overflow with confident hope..." – Roman 15:13

Today is our last blog post of 2018. We want to thank you for an amazing year and for joining us on this journey of sharing our stories and living second. In that spirit, we'd like to end 2018 with three of our hopes – for ourselves and for you – as we look forward to 2019, and the three stories of real-life, grown-person hope that inspired them.

We can finish what we start

Derek Redmond, a world champion runner from Great Britain, was favored to win the 400m semi-final in the 1992 Olympic Games in Barcelona. Halfway through the race, in front of 65,000 people, Derek tore his hamstring and dropped to his knee in pain. Paramedics made their way toward him, but he stood back up and began to hobble forward on the track. Derek's father came out of the crowd, pushed away the security who tried to stop him, put his son's arm around his own shoulders and helped him to continue. They completed the final meters together and Derek finished the race.

Sometimes our victories don't look the way we thought they would. Sometimes, instead of a gold medal and a podium and a national anthem, they look like resilience and support and a refusal to give up. Sometimes, our victories look like finishing the things that we start.

We can create things that last

Singer-songwriter Michael W. Smith and his wife Debbie wrote the song Friends in thirty minutes on their porch. They wanted to have a gift to give their friend who was moving away, so Debbie scribbled down some lyrics, Michael wrote a melody and they sang the song for their friend that night. Thirty five years later, Michael performed Friends on national television at the state funeral of a president.

Creativity is a vulnerable practice. It's plagued by insecurity and doubt. But, the things that we create and share in love can connect and inspire others in ways far beyond anything we thought possible.

We can find our voice and tell our story

Dr. Alma Zaragoza-Petty was the first in her family to go to college. She was raised by a single mother and attended seven different schools from kindergarten through 12th grade.  She graduated from high school with honors, earned a Masters degree in Counseling, a PhD in Educational Policy, and built a career using her research and her voice to encourage and empower students from under-resourced backgrounds like her own to gain access to college education.  She writes, "I share my story in hopes that others with similar goals or predicaments can find hope and that you can truly be the change you want to see in the world."

At I Am Second, our year has been made up of your stories. We're grateful to all of the Seconds who have shared their stories with us this year with so much courage, vulnerability and grace.  We're also inspired and humbled by so many of you who have told us your own stories at events, on social media and in emails.  We believe each one of our stories is important and worth telling.  We can't wait to share all the things we have planned in 2019.

Previously on Second Draft:
Hope for Justice and Peace
Kathie Lee Announces Her Departure from the Today Show in the Most Hopeful Way Possible
Our Top Ten Quotes From 'Loud Krazy Love' on Showtime This Month

One Asian American’s Search For Identity