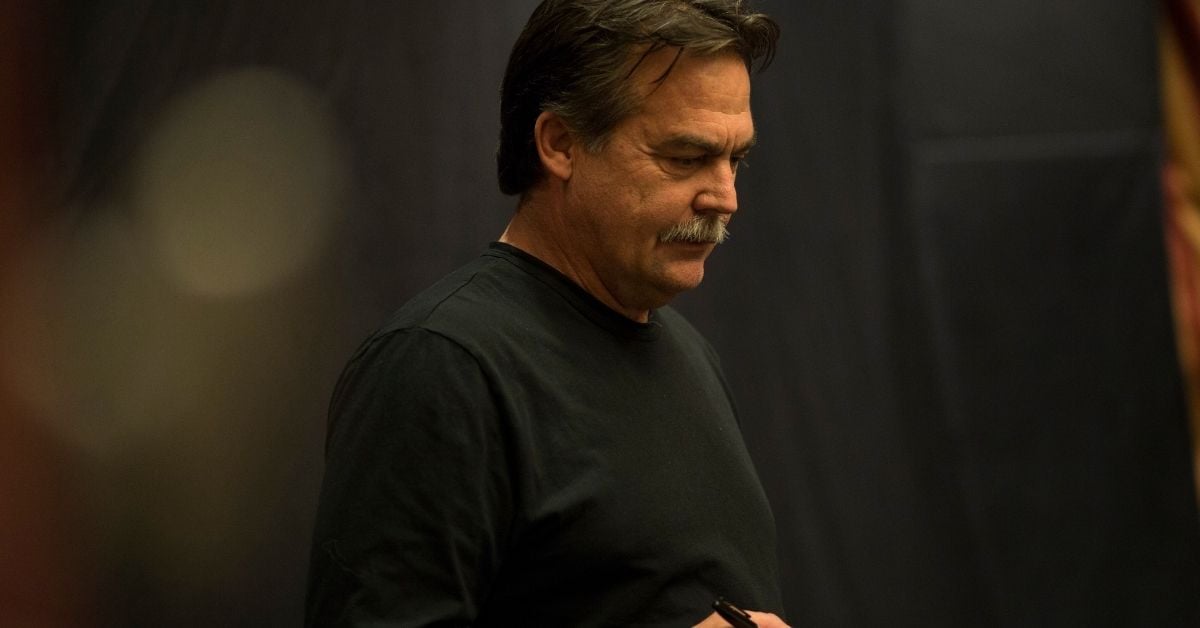 It was a Tuesday. If you cared about sports, you were gearing up for the NCAA tournament. But in St. Louis, Missouri, Rams coach Jeff Fisher was making sure you couldn't ignore the NFL.

There, the 20-year head coach was taking part in a blockbuster move that would send his quarterback to the Philadelphia Eagles. The teams would trade starting signal-callers in a surprising move. He was hailed as a genius for getting the better end of the deal.

Two teams, with millions of dollars on the line, swapping players like a playground game of Old Maid.

"The answers weren't there. They just were not there," Fisher says about that time.

At some point he found himself sitting in a vehicle with a friend. As they drove around Fisher's property, they decided to pull off. It just happened to be on a bridge. That detail has stayed with Fisher for some reason.

That's where his friend asked him a very pointed question about his life: "Do you really, honestly believe that Jesus Christ is your lord and your savior?"

Fisher said he did. But his friend pushed: "What does that mean?"

"And I paused, and I couldn't answer that," he says.

They kept talking. Eventually, he found the answer.

The Jeff Fisher film isn't long. It probably takes less time to watch it than it does to go through a car wash. It's not overly profound. It's not complicated or jaw-dropping. But there's something that I really like about it.*

Here it is: The most important day of Fisher's story involved the front seat of a parked car on a bridge.

Just picture that for a moment.

The man who's desire to finish first has him swapping quarterbacks on a Tuesday and coaching in front of hundreds of thousands on a Sunday, became second on the side the road. It's rugged. Raw. Real. It's what Hollywood tries to capture in a movie to make it feel like we know the characters.

I feel like Fisher's story is a lot of people's story. How many of us have been disillusioned by the church or life, but finally found meaning when we decided to stop driving away and just pull the car over?

I can only imagine he was wearing a flannel shirt when it happened. Just like in one of those life-imitating movies.

*One other thing that's a close second: He sat down and made the film the day before the 2015 draft. When you think about the incredible dedication this man has to his job, that's amazing.

6 Self-Esteem Traps that Poisoned My Relationships