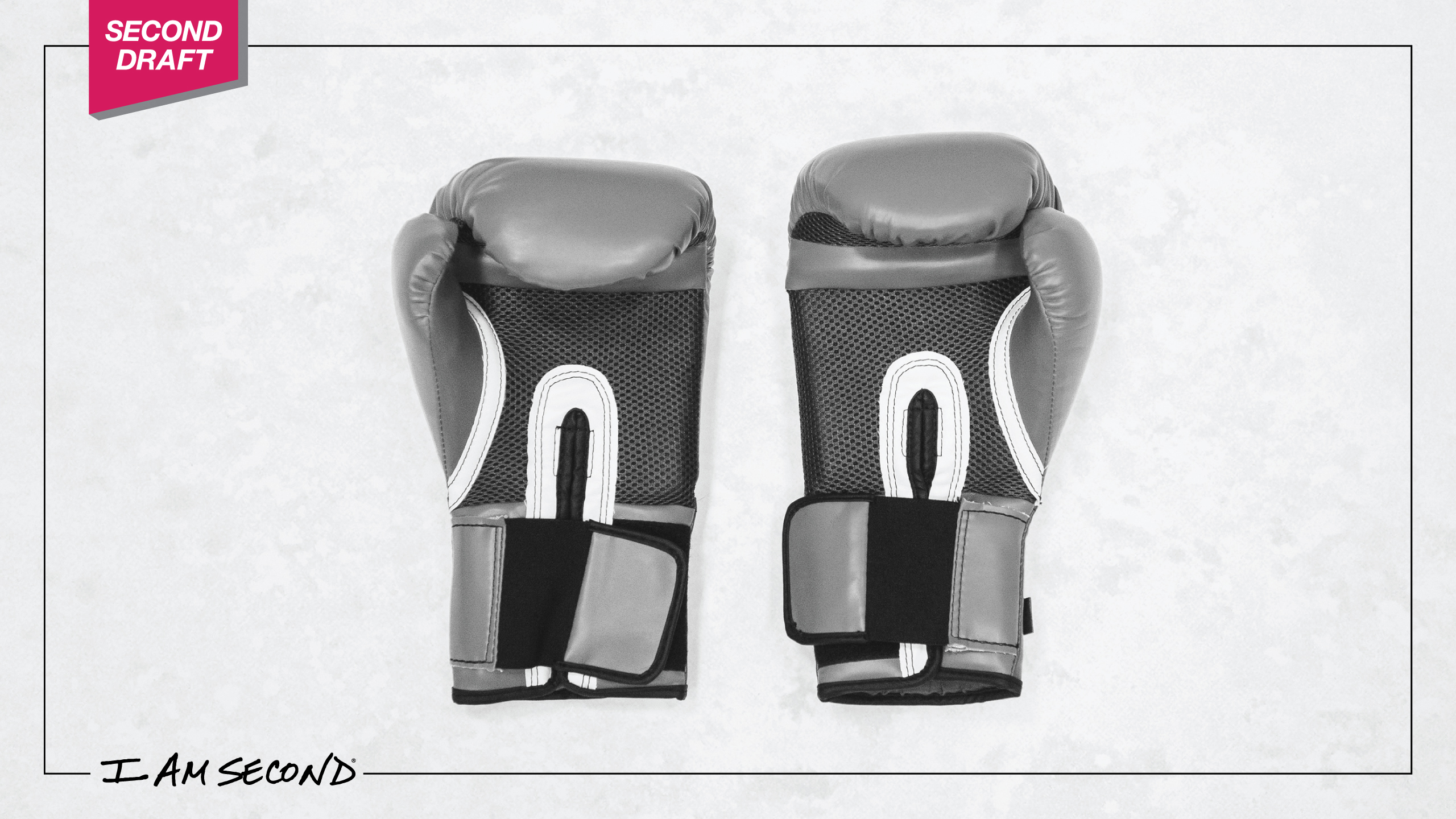 When you do a Google image search for the word "strong," the first picture that comes up is a silhouette of a man flexing his biceps. When you type in "strength," you get an almost identical image, but full color rather than silhouette, and this time the flexing arms are holding dumbbells. We tried Yahoo. Same basic image, slightly different lighting.

A thread was started on Reddit asking users to comment with moments when they felt their strongest. The first two posts were about deadlifts and weight training. A third described a moment when another person commented on their upper body strength (there's a real bicep theme here). Three different people talked about carrying all the groceries in from the car in one trip.

Another Reddit thread asked users to talk about the weakest moments they'd witnessed in others. All but one of the responses involved seeing someone cry during a difficult or emotional time.

In these searches, we noticed a few things. First, even in this small sample, there's overwhelming agreement about what is strong and what is weak. The images and feelings of strength are exclusively physical (and also male), whereas the moments defined as weakness are all experiences of emotion: grief, love, sadness, vulnerability.

There's one more thing each of these searches has in common: They all define strength as a characteristic of an individual. In the image search for "strong" the pictures are individual people. The experiences described on Reddit are all things the Redditors did on their own. They lifted a certain amount of weight without help. They carried all the groceries in from the car alone. They were the only one to keep going at the gym after others had stopped.

This internet roundup got us rethinking our first definitions of strength and all the things that make us feel strong. We decided to check out what the Bible had to say, and we found that most often the Bible describes strength not individually, but in the context of relationship. The prophet Isaiah wrote that strength is found in quiet moments of trust. Jesus told his disciples that many things are impossible for one man, but nothing is impossible with God. And the apostle Paul wrote that when we are rooted and established in love, we have the strength to grasp how wide and long and high and deep God's love really is, and that through that love we encourage each other and build each other up.

The thing is, there's nothing wrong with physical strength or feeling strong when we accomplish something we didn't think we could do on our own. But we can't help but wonder what would happen if we changed up our go-to images of strength – if instead of flexed biceps, what if we first thought of hands grasped in unity, and reaching toward justice and peace. What if the moments when we felt strongest were moments of connection, trust, and love with God and with each other? What if we defined strength not as something we only achieve alone, but in our relationships, in our friendships, in our communities, and in our world together?