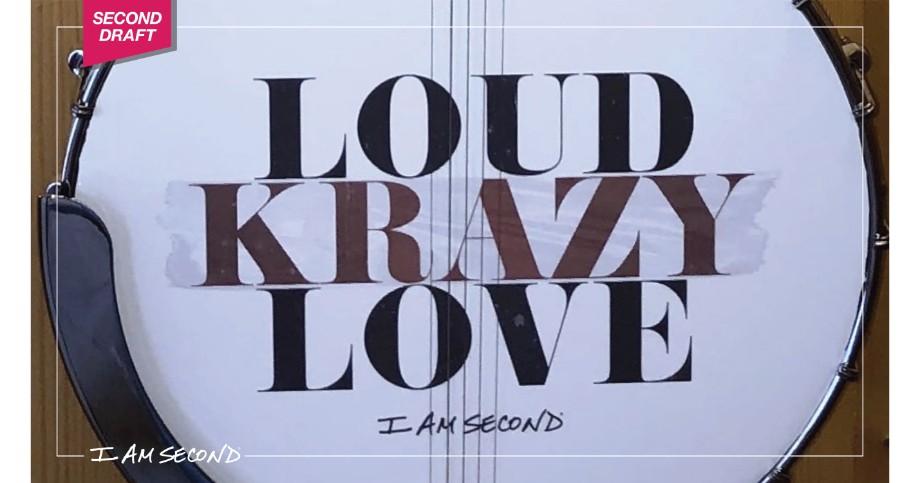 I think what enticed me most was the promise of getting to see a heavy metal rockstar like Brian “Head” Welch eat a pink swirly cupcake. Our team had long been working to produce Loud Krazy Love, a full-length documentary about the famed Korn guitarist. The next night we were screening it in a theater in Nashville. I was invited to come out and be part of the screening. But what excited me most was that it also happened to be Brian Welch’s birthday, hence the cupcakes.

But rockstars eating cupcakes wasn’t the only unusual pairing I witnessed that evening. I also met a surprising mix of people. I saw the expected rocker crowd with facial piercings and sleeve tattoos. But I also met people like Teresa, a teacher. Twenty years ago, she had several students in her class. They started the year looking like any other student. But then she saw them convert into Korn fans. From their clothes, to their piercings and eye makeup, even the dark outlook on life; these students quickly reflected their new music genre of choice. Dark, brooding, and severe, she told me the student’s look and attitude made physical representation of Korn’s music.

In seeing such quick transformation of these students, she threw up a prayer.

“God, save Brian Welch,” she prayed. “If he can bring such change on people while lost and hurting, imagine what he could do if he knew you.”

Years went by and she nearly forgot her prayer. Then her friend Angie told her about a new neighbor of hers. This man partied much of his youth away. He had chased girls, drugs, and money as a touring rock star. Then, God saved him and changed everything.

“His name is Brian Welch,” Angie said. “He’s in a band called Korn.”

I met a lot of people that evening. In fact, my friend Angie walked me around all night introducing me to friends of hers who had similarly amazing stories of God changing their lives. But this one of a teacher who had so many years go said a simple little prayer moved me the most. She came to watch a documentary that took five years for us to make, but apparently started nearly twenty years ago with a simple prayer by a teacher in Nashville.

If you haven’t yet seen Loud Krazy Love, you need to. See it because your a Korn fan. See it because you’ll love the raw and inspirational human story of Brian Welch and his daughter. If that doesn’t convince you, then see it as proof that there is someone listening to our prayers who can change lives, and change them for the better.