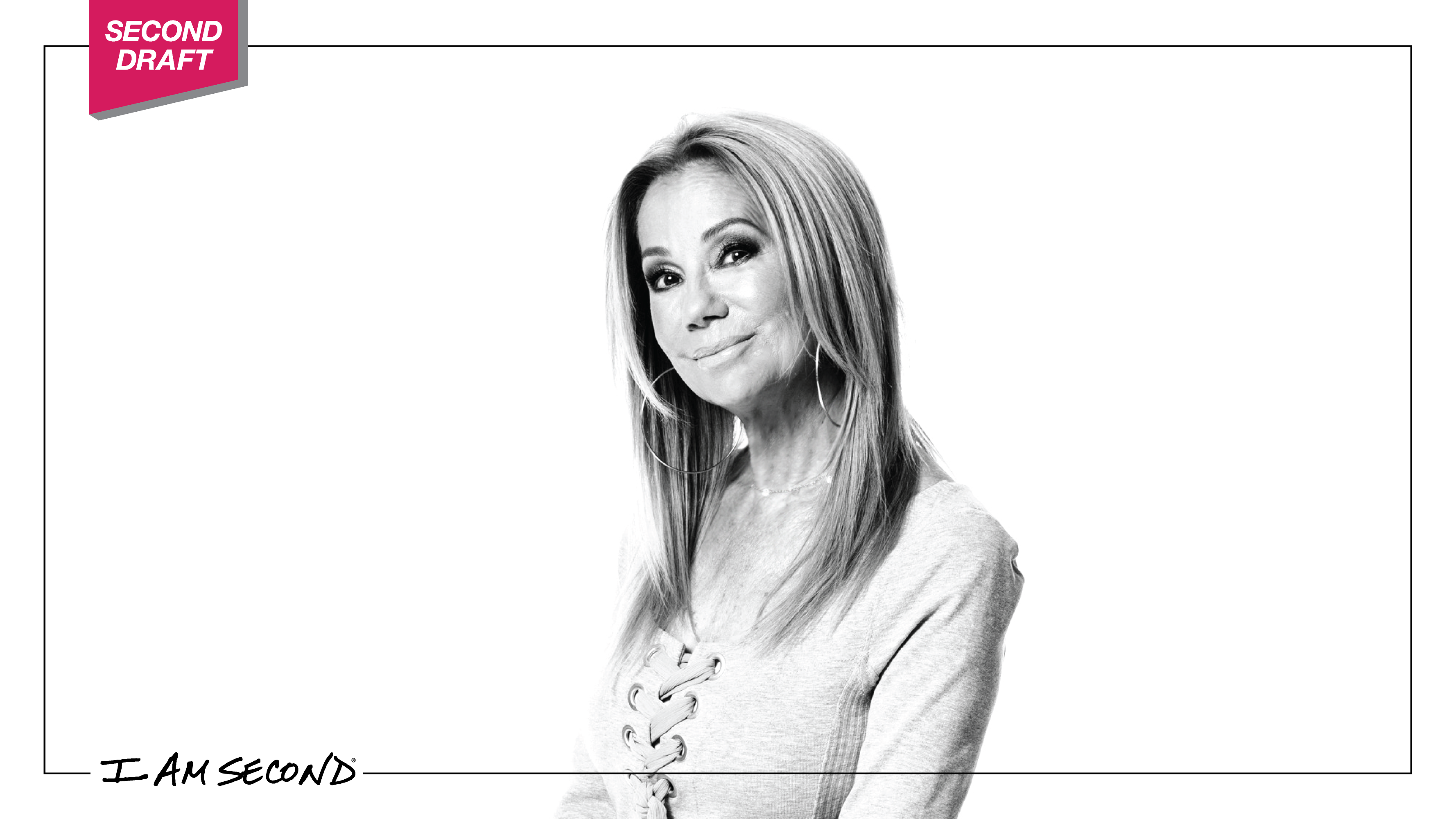 On the 11th anniversary of her rejoining the American morning news and talk show landscape at NBC’s TODAY, Kathie Lee Gifford has wrapped up her final show. Before the TODAY show, Kathie Lee spent fifteen years co-hosting the Live! With Regis and Kathie Lee show. But after nearly three decades of regularly hosting two of the most recognizable programs on morning television, she is off to new endeavors.

I had a chance to interview Kathie Lee Gifford and ask her why she’s leaving her show after so many years, what’s next for her life, and what she hopes the story of her life will say to the world. Here’s what she had to say:

Doug Bender: When someone has been in the public eye for as long as you have been, announcing that you are leaving television makes everyone ask: Why are you leaving? What’s motivating you?

Kathie Lee Gifford: I have to make this change. I’m an artist. And if artists don’t keep creating something, they die on the vine. Jesus says, “Apart from me you can do nothing.” Apart from being attached to the vine, I can create nothing. That’s what’s happening to me now, artistically speaking.

DB: Speaking of being an artist, today you released a short film called The God Who Sees. The film features a song that you and Grammy-nominated, Nicole C. Mullen, wrote. It tells the story of three women from the Bible, Hagar, Ruth, and Mary Magdalene, and also you feature David. How did this song come together? How did you select these stories?

KLG: These Bible stories are all right off of today’s newsstand. Hagar was trafficked, sex trafficked. We don’t want to think about it because we make a hero out of Abraham. But she was trafficked. This is especially relevant in light of the #metoo movement. She was enslaved by Abraham and Sarah. And when Abraham and his wife couldn’t have children, Sarah threw Hagar to her husband. Hagar sleeps with Abraham because she has to.

But she is the first one in all of Scripture who gives God a personal name. After being forced to sleep with Abraham, she becomes pregnant and is then sent out in the desert. I’ve been to that desert and she wouldn’t have lasted two days out there. Its desolate. She prays to God and he saves her. In response, she calls God, The God Who Sees. She is the first in the Bible to give God such a name. That’s profound beyond belief and she’s just a footnote in modern day. But what she did is amazing.

The next story in the song is ripped from the headlines, too. Ruth is an immigrant and a widow. She has no future. None. But from her we get King David, one of the most important figures in the Bible. She is David’s great grandmother and in the lineage of Jesus. Because of that I put David in the song, too. He was appointed to be king, but in the Bible we find him hiding in a cave in the desert of Ein Geti. He’s appointed to be king, but he’s hiding in a cage battling fear, depression, and despair. That’s just like so many people today.

From that story, we go to Jesus the Messiah who changes everything. The first time anyone sees him after he rises from the dead, it’s a mentally ill woman who is battling with demons. And what does Jesus say? He says, “Mary.” He calls her name. You know she loved the way he said her name because nobody had seen her or loved her like he did. She loved him because he redeemed her.

The Bible contains the most beautiful and epic stories ever. We have not told the Bible stories well. I want to tell them the best I can for the rest of my life. After this song and the film that goes with it, I know God has revealed that to me. I want to tell Bible stories the best way I can and in ways that haven’t been done before. I told God, “Ok. Now, I know what I’m going to do for the rest of my life.”

DB: You mentioned the #metoo movement, what are you hoping people hear about God in these stories? How do they speak into this issue?

KLG: Jesus was the first radical feminist. He was the first feminist, period. Everything about Jesus was radical. I think that’s why I love him so much. Nothing was created without him. He created everything. Male and female, he created people. So, of course, he loves women equally to men.

It fascinates me that that’s radical thinking to some. It was Jesus who came along and said, “You are a daughter of Abraham.” Abraham is the founding figure of the Jewish people. Everyone would say that someone is a son of Abraham. Jesus was the first one who said “Daughter of Abraham.” He gave women equal value. We are still waiting to fully see this in the world today.

DB: You talk about wanting to retell Bible stories, but you’ve said before that God hasn’t called you to be a preacher at a church. But you obviously have something you are preaching with your art and your life. What’s the message you’ve tried to put out in the world?

KLG: This is what I’ve learned from my own personal walk with Jesus: He is the God who knows me and loves me anyway. Pure and simple. He sees me. He knows me. He created me. He flat out loves me. And he has a plan for my life beyond anything I could ever, ever imagine. I just wish everyone could know that. We are just one of billions and yet we are everything to God our creator. We’re just everything to him. I just wish every single person just knew how valuable they are to God. We are unique and special and he wouldn’t change a thing about us because he made us perfectly.

DB: Does it bother you that people sometimes see you as just this television personality without any depth, that people can have misconceptions about you?

KLG: I used to care about these things. “Oh Lord, if only they knew what I was really like.” I stopped caring about that now. I hope that my whole life speaks for itself. I hope my walk all these years journeying with the Lord speaks for itself. If somebody thinks I’m just this woman who sits there ten o’clock in the morning sipping wine and talking about nonsense is the essence of me, they couldn’t be more wrong. I’m literally 8 percent silly and 92 percent dead serious. That’s probably the biggest misconception about me. I am a deeply serious person about the things of God and his Kingdom’s work.

DB: You seem to be an all-in or nothing kind of person. You are going all in now, in a new direction with your career and with your talents. You have a number of film projects already in the works. What can we expect from you in terms of the kind of stories you want to tell in your upcoming films?

KLG: I’ve been dreaming of making the films I’m making now since I was a child. They are literally sixty years in the making. And I knew I was running out of time for them. And now, with God’s blessing, and him going before me, making the way, I’m able to do it. I’m able to make them. I’m beyond thrilled. The God Who Sees is the culmination of a lifetime of dreams. And it’s the first of many. There are a thousand great stories to tell from the Bible. I intend to tell as many of them as I can until the Lord takes me home.

DB: As you know, I’ve authored a new I Am Second book called I Choose Peace that’s coming out this fall. Your story of journeying with God when your husband, Frank, passed away is the opening chapter of that book. Many who will be reading our interview here have also lost a loved one or are struggling to just continue on. You have not only continued on, but are now even able to journey out in new adventures. How do you do it? What would you tell those who are struggling to continue on?

KLG: This world is not the end of everything. This world is the beginning of everything. And if we understand loss in that context, we can understand that those who we may lose physically, we don’t lose them for eternity. In Jesus, there is no death. He conquered it. He conquered it for all time. We just lose them briefly. In terms of eternity, I’ll see Frank in the blink of an eye. I’ll see my mother and father. So I just have extraordinary hope that this is just the beginning of a glorious eternity. I can’t mourn. I can only mourn something that is lost forever. I don’t mourn for something that I’ve lost briefly that I’ll see again.

For a chance to WIN a Kathie Lee Gifford autographed hat that she wore during the making of The God Who Sees, a TODAY show coffee mug, and more check out the link below. Plus find out how you can see the film or download the music for yourself. Check it out here.

Doug Bender is an I Am Second writer, small groups coach, and author of I Am Second: Real Stories. Changing Lives. and Live Second: 365 Ways to Make Jesus First. You can also check out his I Am Second film here.

Then Came You: A Story for the Lonely Soul