Single in the New Year? God has a plan. 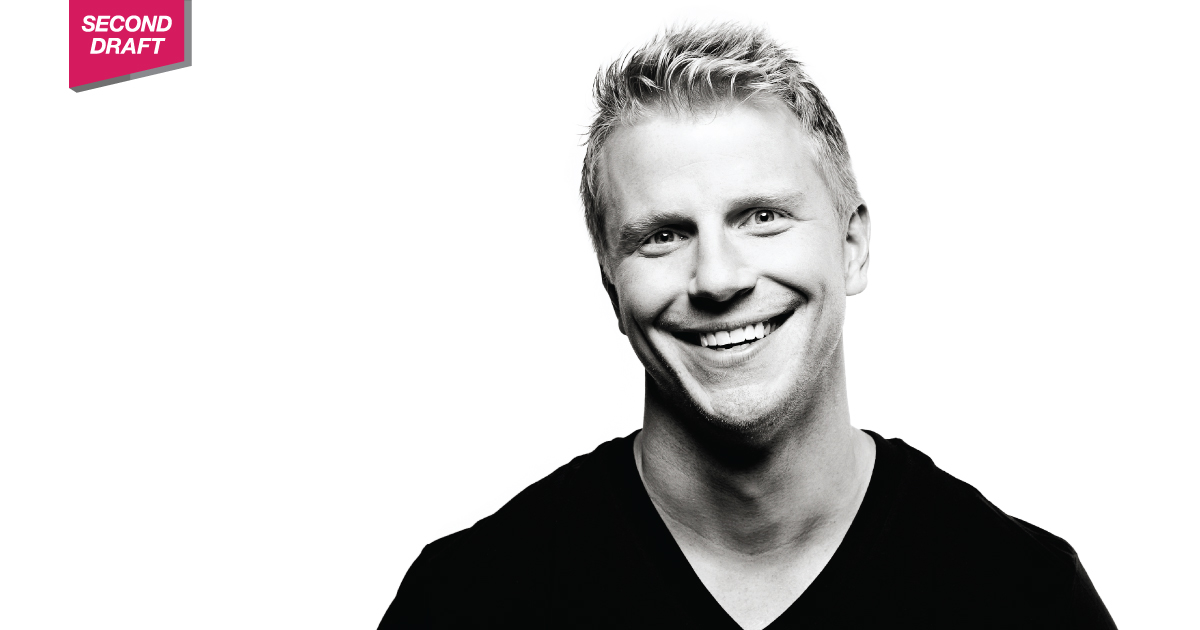 With the new year comes new year resolutions. If yours is to find love, this throwback story will give you a jolt of hope that God has a plan for you love life, too. Plus, the new season of The Bachelor launched this week and it reminds us of our own former bachelor, Sean Lowe, who learned to trust God’s surprising but wonderful plan for his love life.

“Never in a million years did I think I would do a cheesy reality television show about love,” Sean Lowe admits. The Texas native first stepped into the spotlight in 2012 as a contestant on The Bachelorette. Sean became a fan favorite to match with Emily Maynard, that season’s featured single woman.

Sean flew out to meet bachelorette, Emily Maynard. The season opener took place in her hometown of Charlotte, North Carolina. Twenty-five suitors, including Sean, jostled for the opportunity to make an impression. But by week three, it was Sean who was impressed.

“This is a girl that I would pursue if I met her back home under normal circumstances,” he thought. “I spent more and more time with her. A couple more weeks go by. And I’m actually developing feelings on a reality T.V. show.”

He could hardly believe himself.

“I asked for God’s guidance,” Sean says. “And all signs were pointing towards this girl, Emily. Marriage was a new idea for me. But after about six weeks of being on the show I knew that I loved her and would spend the rest of my life with her.”

But audience members watched the many other dates Emily had gone on and knew that Sean wasn’t the only one that she had feelings for. By the second to last episode, all three of the remaining suitors had found a place in her heart. In the end, Emily chose two other men to continue on to the final round.

“I couldn’t understand,” Sean confesses. “Why would she send me home when I thought she was falling in love with me. I poured my heart out for this girl. I was convinced that God had presented her to me to marry. But then it ended in heartbreak. But even in my darkest hour, I knew that God had bigger plans for me.”

Sean had signed up for the show with a plan in mind. As the weeks unfolded, he thought he could see another plan, God’s plan, come into play. But when both plans left him surprised and heartbroken, he waited to see what God would have for him next. And that’s when he got a call.

“It was about six weeks later that I got a phone call from one of the executive producers on The Bachelor,” he says. Started in 2002 and now in its 24th season, The Bachelor is the flagship show that spawned the one he just got booted from. The producers wanted to feature him for season seventeen. Reluctantly, he agreed.

“It was a scary proposition,” he says. “I was still really skeptical that I would find love again.”

The whirlwind began again. He flew out to Los Angeles to start the taping. The following weeks introduced helicopters, an amusement park, a new Guinness World Record for on-screen kissing, a rock-climbing trip and more. Soon, the crowd of twenty-five women started to narrow. One person continued to stick out: Catherine Giudici.

“I couldn’t see myself saying good-bye to her, ever,” Sean says.

“If I had stuck to my original plan, I wouldn’t have proposed to her,” he admits. “We would not have a relationship.”

“God has given me this woman who completely loves and adores him, and loves me as well,” he says. “She is my absolute best friend.”

His experience in reality television and with Catherine has given him a unique trust in God’s plan for the future. He has often contemplated his favorite passage from the Bible that reads:

“You don’t even know what will happen tomorrow. What is your life? It is a mist that appears for a little while. Then it disappears. Instead, you should say, “If it pleases the Lord, we will live and do this or that.”

“Why worry about today?” Sean says. “It doesn’t matter what I go through, the ups or downs, because I’ve got a God who loves me. He’s right there next to me saying, ‘It’s going to be okay. I’ve got plans for you.”

Are you single and lonely? Married and struggling? Are you looking for a friend? Wherever you find yourself in your journey towards love, you can trust that there is a loving and creative God with a plan for you, too. It won’t be the plan you invent, coerce, or imagine. It will be his plan. But his plans are way better than anything you could hope for.

Sean and Catherine married on January 26, 2014 to a live television audience. Sean has appeared in numerous other television shows including Dancing with the Stars, Celebrity Family Fued, and Worst Cooks in America: Celebrity Edition. They had their first child just two years into their marriage, followed by a second in 2018. Last month on December 23, they welcomed their daughter, Mia, into the family.

If you want to learn more about Sean Lowe check out his film HERE.