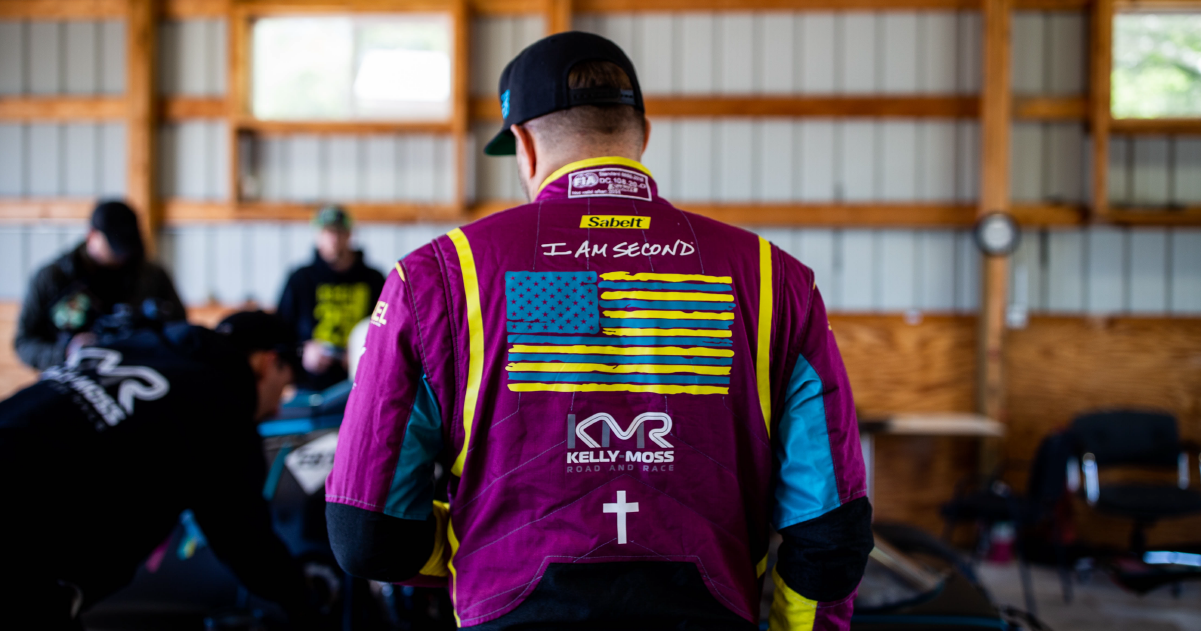 I have a fear. It’s a recurring fear. I know it doesn’t make much sense, but I still have it.

That fear? I’m going to get cancer.

Some days I think it could be colon, others lung, and still other days, it might be brain cancer. I don’t know why it changes, just like I don’t fully understand where the fear comes from.

That’s not true, actually. I do know where a lot of the fear comes from. I have anxiety and OCD. And while I’ve been open about that diagnosis and that experience, one of the things I haven’t talked about a lot is how exactly that manifests itself. There are several ways, honestly. But one of them is in relation to my health – specifically the fear of getting cancer.

And while God (and counseling and medication) have helped me tremendously over the last almost 10 years, this fear still pops up from time to time.

I tell you that to tell you this: Because of that recurring cancer fear, I’ve ruminated a lot about my “live like you were dying” moment. That’s the moment I get the diagnosis, and there’s an almost movie-like scene where I’m told I only have X years left to live, and then I make a dramatic declaration of what I’m going to do with my time left on earth.

So when I got an early look at the new I Am Second documentary about Don Wickstrum (called Chasing Hope), some of those thoughts started flooding back. Why? Well, in 2018, Don was diagnosed with colon cancer. He got the words I have always dreaded. He had his “live like you were dying” moment.

Before I tell you what he did with his “live like you were dying” moment, though, I’ll tell you this: While I think I know what I would do if I got that news, I can’t be sure. While I think I’d make some declaration about helping others, broadcasting my faith or taking on an incredible task that matters, I’m not positive that would happen. And in fact, I have a sense that I could just as easily lose hope. That I could just as easily curl up in a ball and sulk. That instead of seizing what life I had left, I would let imminent death roll over me. But that was until I saw what Don decided to do. When I saw the decision he made, it gave me so much hope.

What did Don do about his diagnosis? To be fair, he started by struggling to maintain hope. He’s human, after all. But very quickly after, he commitment to making Jesus known far and wide with the time he had left. And he did that by racing up a mountain. Four times. Well, he tried the first two times and failed. The third time? He made it most of the way. The fourth time? Well, you will just have to watch the film to find out…

See, Don is a race car driver. From the time he was a little kid he dreamed of competing in one of auto racing’s most incredible feats: the Pike’s Peak International Hill climb. That timed race features competitors cruising up Colorado’s famous Pike’s Peak mountain at speeds in excess of 100 miles per hour. It’s not for the faint of heart.

So when Don got his diagnosis, facing death, he decided his “live like you were dying” moment would include tackling the mountain and the race he had dreamed of for years. But not for the sake of finishing or winning – for the sake of using the race, his story and his experience to help more people know Jesus.

“God’s called him to the mountain and that’s where he’s supposed to be,” his wife, Mary, said in the documentary. “But I feel like it’s more than just racing up the mountain and getting to the top. I really feel like God is using him to minister to a lot of people.”

As Don explained it, his most important reason for competing was spending time with fans, praying with them and sharing the message of hope he has because of Jesus. Despite his failures. And despite his cancer.

“I want to continue the story of hope and reach as many people as possible with the Gospel,” Don said. “And let people know they don’t have to live in a place of hopelessness.”

Friend, that’s the attitude I pray to have if I’m ever facing cancer. I want that hope, the determination, not to make myself known but to make Jesus known.

But can I be honest with you? What convicted me most about the documentary – what inspired me most, really – was that I don’t have to wait for a “live like you were dying” moment to make that decision. I think too many of us approach life with the idea that if something really bad ever happens to us, and the timer starts on the rest of our lives, then we would make some sort of drastic decision. Then we would do that dramatic thing we always thought we might do if only we didn’t have to worry so much about the consequences or fall out. Then we would go all out – especially for Jesus.

That’s the hope Don talks about. And it’s a hope that you and I have access to today through Jesus.

So my commitment to you today is to start living more like I’m dying – today. To not wait. To act.

And to not wait for a cancer diagnosis to make that happen.

When God Says No