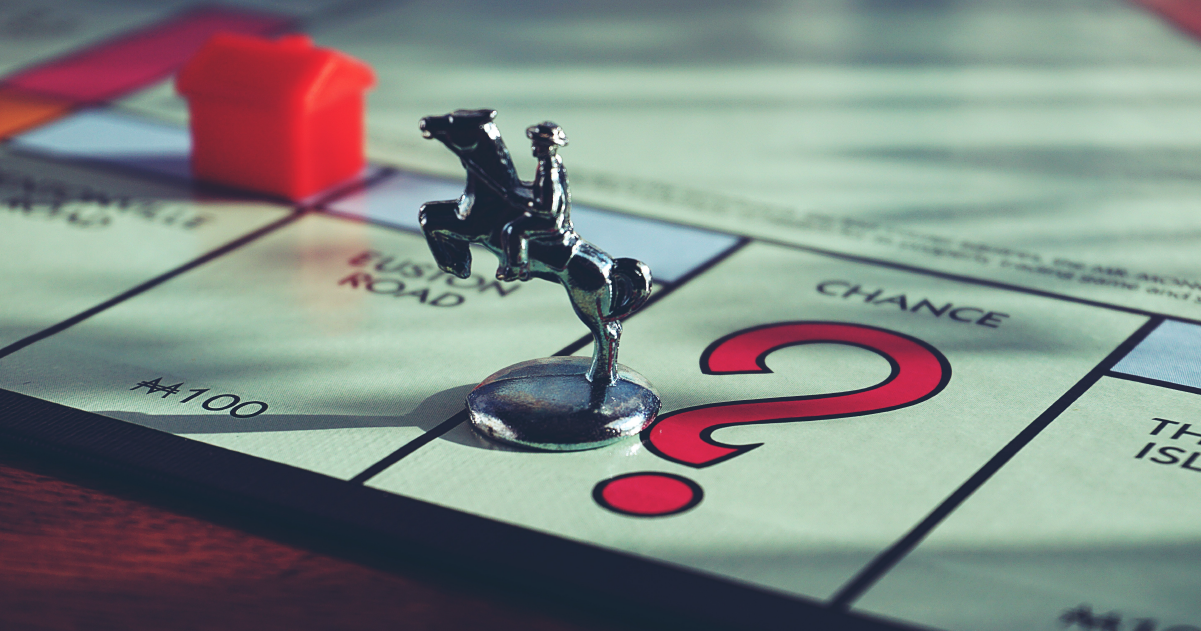 I had a friend over at my house the night we realized Covid would change our lives. We had gotten a board game out. My wife, Catherine, preferred to just hang out at the table while we played along. An hour or so in, Catherine was on her phone when a headline announced that the US was going into lockdown.

My friend had recently become a co-owner in a local coffee shop. He and his partner had big plans, lots of ideas and a team of awesome baristas. As Catherine was reading the article, I instinctively remembered looking right at my friend. We didn’t finish the game that night...Instead, my friend spent the rest of the evening calling his partner and employees, trying to figure out what to do next.

You can probably guess what the next year looked like for someone in retail. The business survived, but few of his employees could stick around long enough to see the doors open again. All those big plans had to change. Closed businesses and mass layoffs hit a lot of people during that time. A lot of plans had to change.

Even now, when most businesses are rehiring, things are not yet back to normal. Instead of mass layoffs, economists are noticing a mass of resignations. People are reevaluating their jobs, lives and what is important to them. Even those still at their old jobs are beginning to talk about “quietly quitting,” the practice of doing the bare minimum of what one’s job description entails – and nothing else. Need that report by the end of the day? “That’s fine!” many say, “but I’m not staying late.”

Whether you got laid off during the pandemic, quit your job, stopped the extra hours at your job or are just thinking about it, you may need some wisdom. But, unfortunately, just because you know you need a change doesn’t mean you know what the change should be.

It makes me think of a paragraph I read recently in the Bible that says this:

“Now listen, you who say, ‘Today or tomorrow we will go to this or that city, spend a year there, carry on business and make money.’ Why, you do not even know what will happen tomorrow. What is your life? You are a mist that appears for a little while and then vanishes. Instead, you ought to say, ‘If it is the Lord’s will, we will live and do this or that.’ As it is, you boast in your arrogant schemes. All such boasting is evil. If anyone, then, knows the good they ought to do and doesn’t do it, it is sin for them,” James 4:13-17.

Like everyone else, I had a lot of plans for 2020 that got thrown out the window. Just like the Bible passage says, I actually had plans to travel to different cities for work and all of those travel plans got canceled. It was a humbling experience to have so many plans and ideas never come to fruition. I realized how small and insignificant I really am in the whole scheme of things. I am a “mist that appears for a little while and then vanishes.”

Thankfully, I have a strong relationship with God that has helped me weather these past couple of years. I had times when paychecks were lower than I would have liked. I had times when I didn’t know what I would be doing in the weeks or months ahead. But I have always known that God had a plan. He didn’t usually tell me what that plan was. And when I did know the plan, it wasn’t always the plan I would have made. But when the whole world got turned upside-down, I did always know that God was just as reliable and consistent as ever. His will and his plan have always been on course. His plans have never fallen through.

This is why I have tried to follow God’s plan for my life. My plans might work out and they might not. But God has been working his plan since the beginning of time, and nothing has gotten him off track yet. Doing “the good” you know you should, as the verse says, is learning to stick to his plan, not mine.

I don’t know what changes you are facing at the moment. Maybe your career is still recovering from the pandemic. Maybe you’ve started a new career and joined the Great Resignation. But, wherever you are at and wherever you are going, I’ll just encourage you that before you move to this or that city, carry on business and make money, ask God what his plans are. Covid never shut him down and neither will anything else.

Justin Bieber: “This storm will pass…Jesus is with me”

Misfit Christmas Series: Are You a Square Trying to Fit in a Round World?