How to Turn Childhood Abuse into Joyful Adulthood 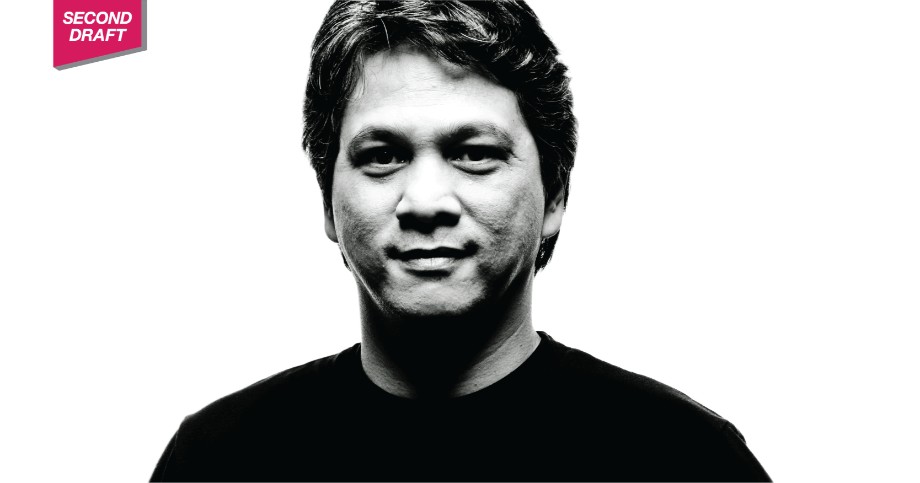 I first met Rod Bayron when my laptop broke. I had just started as an intern with I Am Second. I didn’t have any money. Rod lent me the giant clunker of a laptop that got me through the next year. Rod served as our I.T. Director for many years and had a knack for ironing out the many tech-related bumps we ran into as an organization in those early years (including those related to poor interns). But he managed to tackle even the thorniest of issues while oozing joy everywhere. Our team learned the source of his joy when he sat in the famous White Chair to test the sound and lighting but instead melted our hearts with his shockingly honest story.

He wasn’t a planned subject of that day’s interviews. He hadn’t played in a rock band, won NASCAR races, or swung in the big leagues. He was just Rod. A father, husband, and the guy who answered all the I.T. helpdesk emails at our office. But he was in the room when we needed someone to sit down in the chair and test the light and sound. What came out of his mouth next was one of the most profoundly honest stories we’ve ever captured.

“I was three,” he said. “My dad had me bring him some coffee. I didn’t bring it fast enough. And he hit me.”

At the time such things weren’t spoken of and certainly weren’t labeled as physical abuse. But that doesn’t mean it wasn’t. As Rod grew older he continued to wear the scar just above his left eye, bearing proof that childhood traumas can haunt us into adulthood.

“I remember thinking I would not be like my dad,” Rod insisted. But when his own son, only four at the time, failed to move quick enough one day, Rod became exactly the same.

“Imagine living that,” Rod said. “Everytime I look at my son’s face, I have to see the thing that I did to him.”

But then Rod had a life-altering encounter with Jesus Christ.

“Christ has the unmistakable ability to end cycles of violence, to change minds, perspectives, and transform lives,” Rod said.

When I first listened to his story, I could hardly believe it. This is not a man I could have imagined doing that to his son. I knew him only as the quiet, patient, servant of all, who infected all of us with his joy. Over the coming weeks we’ll bring you articles and insights into how he found joy and how you can too.

“That’s really what Jesus does,” he said. “He transforms lives. So that you can be more and more like what he wants you to be. And so if you look at the faces of my middle son, my daughter, you won’t see any scars. And when you look at my oldest son’s face, you can still see the scar, but there’s no condemnation in that anymore. There’s forgiveness.”

Rod journeyed on with us for many years unti 2013 when he succumbed to pancreatic cancer. He left behind a loving wife and three kids. But before he left us, he gave our team a parting gift: a study in joy. He blogged, emailed, and passed along to us a series of joy-filled statements, quotes, and reflections about joy, how he found it, and how even in facing death he could smile.

If you missed his full interview, then go watch Rod Bayron’s story HERE.

Stayed tuned all this month. Subscribe to the blog if you haven’t already. We’ll be sharing with you how Rod Bayron and others like him found joy