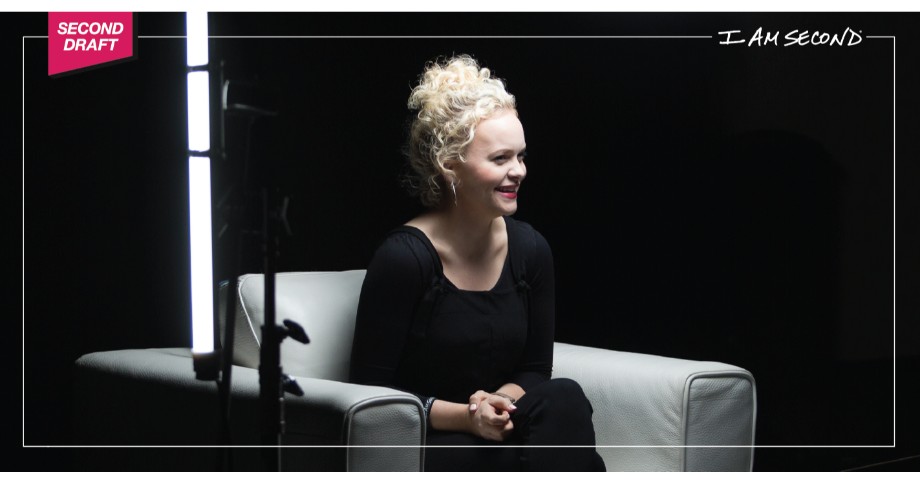 Amanda Jane Cooper had the perfect life on the outside and war on the inside. By any outside measure of success, Amanda had it. She had success on stage, television, and film. She had everything…except peace.

1. “Without me even knowing it, success became my god. I said, ‘If I can achieve this or get this role, then I’ll be enough.’”

What I learned: Our hearts are crappy at giving directions.

Amanda Jane Cooper believed that succeeding at her dreams would be the answer for whatever question her life was meant to answer. I don’t think she even purposefully went to success for peace. It wasn’t that clear of a choice. It was more instinctual than that. She believed, like many of us, that life was about achieving her dreams and following her heart. She believed that deep down the answers to life were buried deep in her heart and she’d get those answers if she followed where her heart led her. Her heart cried out for success on the stage. So, she let that voice be the GPS of her life. It became the god she obeyed. But rather than getting her closer to peace, her heart led her further away.

The unrest in her soul, surprised Amanda. When it happened, she didn’t even immediately recognize it. Her body felt it before her mind could accept it. She found herself trapped in an eating disorder without even realizing why. When you watch a movie that is obviously unrealistic, we do something that’s called willing suspension of disbelief. Sure, its completely outside of the laws of the universe for someone to outrun a bullet, but in a movie, we think maybe it’s possible. Our minds are capable of willingly setting aside reality in order to immerse ourselves in a story. This is great for watching storytelling, but it gets us in trouble when assessing the story of our own lives. Eventually, like Amanda Jane Cooper, the movie ends and we’ll realize we’ve been fooling ourselves for years.

3. “Even though I was in front of thousands of people every night getting affirmation, I don’t know if I was really seen…. Dealing with the pain was less scary than the pain of what it would take to change.”

What I learned: People hide a lot behind a smile.

There are two aspects to this truth. The first goes with my realization in the point above: people don’t always know how miserable they are. Amanda Jane Cooper had to be happy, because she was living the dream her heart told her to chase. When she wasn’t, she couldn’t admit it. But there’s also another aspect to this. Even when Amanda did realize that her life’s ambitions had amounted to a pile of frustrated insecurities, she was afraid to deal with it. That’s why we smile when we are crying on the inside. Sometimes toughing it out, seems like the easier road. That makes me want to give more kindness to people realizing even the “happy” ones could be crying on the inside.

4. “I don’t think I ever believed it was possible to be totally free.”

What I learned: The further you are from peace, the harder it is to believe it’s possible.

Amanda Jane Cooper felt trapped by the decisions she had made. She had invested too much into her dream. But more than that, she couldn’t see another way out. This was literally living the dream she had always wanted. If this can’t make her happy and bring her peace, then maybe peace was impossible. And the more that war raged inside of her, the more impossible peace seemed to be. I struggled with a lot of personal anxieties myself, growing up. I got picked on as a kid. I hated the way I looked and talked. I thought everybody hated me. I even hated me. And the more I let myself think this way, the more convinced I became that nobody could love me. If you haven’t heard me tell my story before, you can watch my White Chair Film HERE. But this way of thinking is all a lie. Peace, joy, happiness, love; these are all free gifts you can have, no matter how dark life might seem.

5. “To think there’s a God who sees me and knows me and loves me despite knowing all about me.”

What I learned: Peace is given not earned.

The most striking point of Amanda Jane Cooper’s story is how she finally got peace. I listened to her tell her story and it stressed me out hearing her spiral down like she did. I caught myself thinking, how will she climb her way out of that hole. And I almost forgot myself: you can’t climb your way into peace. Amanda Jane had to just accept peace. The whole reason she didn’t have it before was because she was trying to work for it or achieve it. She thought the crowds watching her on stage could reward it to her with a good enough performance. But peace is what you get when you stop trying to win it. When she learned that she was seen and known by God, and that he still loved her regardless, that was peace.