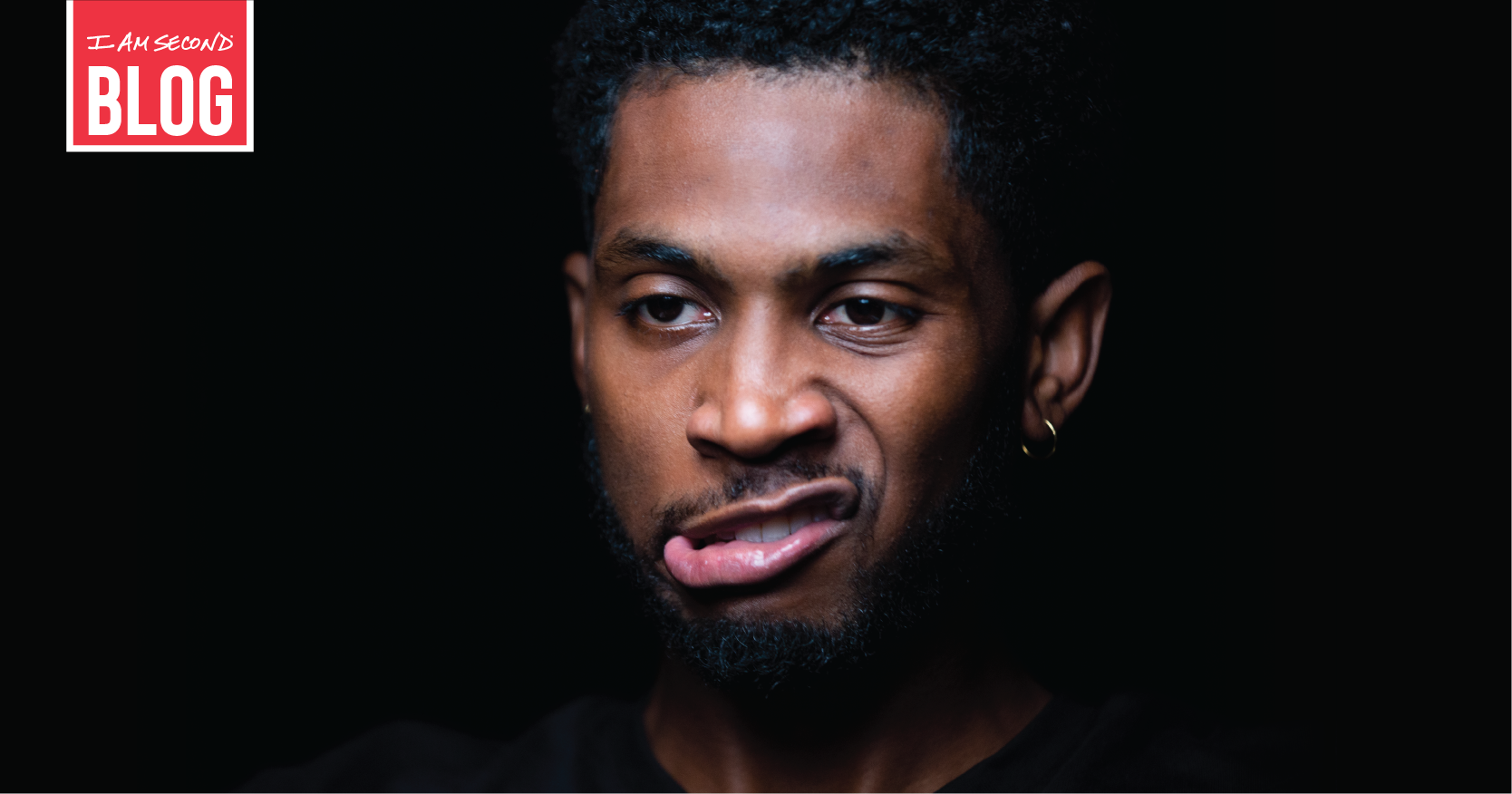 You may not recognize his name, but you’ve almost certainly seen his videos online. Content Creator & Comedian Chaz Smith has made millions laugh with his mispronouncing antics and zany skits online, but he’s got a serious side that’ll surprise you. He shared his story with us in our new White Chair film, but I got to go deeper with him on discovering freedom and genuine joy and how you can too.

Doug Bender: A lot of people first meet you because you made them laugh somewhere online. You are a guy who spends a good amount of your life trying to get people to laugh, to put a smile on someone’s face. What is it about brightening someone’s day that way that inspires you to want to get up and do that?

Chaz Smith: I think even deeper than getting someone to laugh is sharing joy with people. Because behind any genuine laughter is some sense of genuine joy. A scripture I have on my window is, “God leads us in the path of life, in his presence is the fullness of joy and infinite pleasure” (Psalm 16:11). Knowing that the source of my joy is straight from God himself, why wouldn’t I want to share that with people? And the simplicity of laughter as well. It doesn’t even have to be that deep. Laughter can be really healing. Someone can be having a horrible day, but if you can get them to laugh, they are going to forget about their problem. It can lift them involuntarily out of whatever they might be feeling. Laughter is a powerful thing.

DB: So what’s the difference for you between laughter and true joy? So they might be connected, but what’s the distinction between these things?

CS: Joy is way deeper. You can have joy in the midst of a family member passing away. You can be grieving but still have inner peace and joy that doesn’t make sense. Laughter can be a fleeting moment. Joy you can’t always see. There is a strength to joy. If you have an understanding that God’s got you, that he’s smiling over you, then you can walk through life knowing that everything’s going to be ok. There’s an inner strength that comes with that. That’s not the same thing as laughter.

DB: That makes me think of another video of yours that you did called How to Walk in Freedom. You said this video was for anyone who was feeling stuck, who couldn’t get past something or get over some kind of addiction. What was it like for you to experience freedom and how is joy connected with that.

CS: That’s still something I’m working through now. It's funny how you can know something is true, but not really believe it yet. To personify this, an apple tree can know it’s an apple tree but wonder if it's really an apple true because it doesn’t see any apples yet. It’s still growing, it’s not big enough to grow fruit yet. It takes time for the understanding and the awareness that we are free and that we can have joy from God to really sink in. Sometimes it's immediate, but I think most of the time it's about staying rooted in the truths that God gives us. If you’re staying grounded in his love, the fruits eventually will come.

I don’t have any kids, but I imagine any good parent looks at their kids and is like, “Yo, that’s my son, that’s my daughter. I’m so proud of them.” When you first see the newborn infant, they can’t do anything for you but your joy for them is just incomprehensible. You are pleased with them. That doesn’t change when they get older, when they become a toddler and start throwing temper tantrums or a teenager and start talking back. A good parent is still pleased with their child. You might not be pleased with their actions, but you are pleased by them. Knowing that no matter what you do, God is still pleased with you, there is such an inner joy that comes with that. That’s freeing.

DB: I think this also connects with those habits or sins we all have in our lives. We know they aren’t good for us, but we keep going back to them. Do you think knowing that God still loves us even in the midst of our failures, is a key to seeing freedom in temptation?

CS: I love the story that Jesus told about the Lost Son. Basically, this rich dude had two sons. The younger son went to his father and said he wanted his inheritance. It was like saying to his father, “You’re dead to me.” He went off and started tripping, spending his money on strippers, gambling, drugs, alcohol, disgracing his father. But then a famine came and he was broke. He didn’t have anywhere else to go. So the son finally comes to himself and says, “I have done the worst things.” So he decides to go back to his dad and tells him he wasn’t worthy of being a son anymore.

He did things that were terrible, therefore, he thought he was terrible, and, therefore, he thought he should be treated terrible. When we sin, we often identify with our actions, but that’s not what God is doing. When the son comes back to the father in that story, the father hugs him, he kisses him. The son is like, “I don’t deserve to be treated like a son anymore.” But the father puts a robe on him and invites everyone to a celebration.

We don’t have the power to fix our sin, to fix ourselves, or make ourselves better. This is a picture of what it means to repent. It’s changing our minds and saying, “You know what, God, I messed up, let me turn back to you again. You love me. You love me. You love me.” It’s understanding that while we were still sinners God showed his love for us in that he sent his Son to die for us. While we hate him, he showed his love for us in having his Son take on that entire burden for us. That’s the good news. That’s where we should be receiving our joy from.

If you haven’t seen Chaz Smith’s full story, check it out here. And if you are looking for a taste of that freedom and joy that he’s talking about check out this short film that’ll show you how you can Become Second.