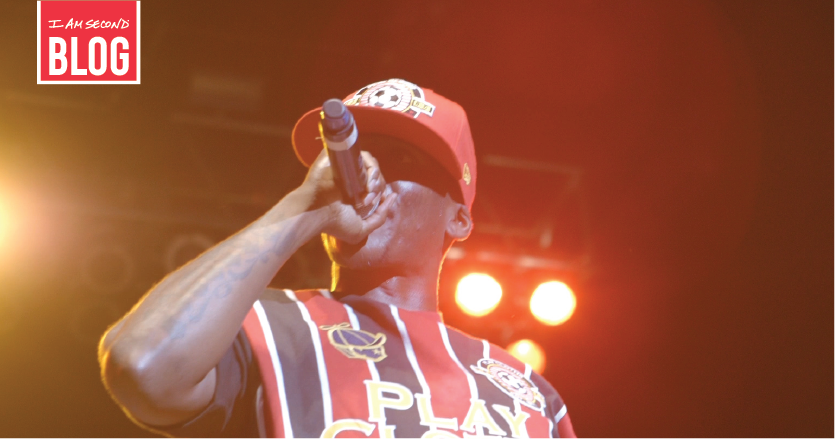 You don’t feel guilty? Seriously, you don’t feel guilty? I definitely have at certain points in my life. I think it’s natural for us to look back and criticize the decisions we’ve made. I imagine that Second, No Malice did the same thing when he decided to leave the music industry.

One of the most impactful moments from The End of Malice is when Gene recalls a conversation with a close friend,

“I remember talking to a friend of mine and I said, ‘You don’t feel guilty?’, and he said, ‘You are the only one who asks that question.”

This moment of self realization was like an alarm inside his soul. I imagine profound questions swirling deep inside himself yearning to be answered.  Am I going in the right direction? Am I in the right place? Am I around the right people? Have I been living for the right reasons? We seem to run from these kinds of questions. We suppress them, cover them up, mask them, avoid them, and bury them deep in the recesses of our mind.  Anything but answer them. Instead of facing truth we pretend there are no issues at all. We hope if we ignore our problems they’ll miraculously go away. As No Malice would say, we “sear our conscience”.

I recall a time in my life when I completely seared my conscience. I turned off anything that remotely resembled a moral compass and gave myself over to selfish desires. I had no regard for the well being of anyone other than myself unless it served my selfish motives. I was full of rage, spite, and bitterness and I was given to impulse and self gratification. I took advice from no one and I only listened to words that echoed my egocentric view of life. My heart was full of rebellion and this rebellion destroyed my relationship with my parents which resulted in me becoming homeless with nowhere to go. My heart was cold and callous and rather than apologize for my behavior and dishonor, I chose to be homeless instead.

For a better part of three months I slept in my car, on park benches, on friend’s couches, in homeless shelters, and sometimes I would simply stay up all night to avoid the stress of trying to find a place to lay my head. I had no job, no money, and no place to go. I drove around angry doing my best to pass the time during one of the hottest summers in Texas history. To avoid the heat I would often scrounge up enough change for an admission to the dollar theatre (a thing of the past these days) so I could get a reprieve from the scorching heat. I would slyly sneak from theatre to theatre watching three or four movies in a row waiting until the sun went down before I left to find a place to rest my head. It was the longest summer of my life. But despite the hardship I caused for myself I learned a lot from that experience.

Every night I spent wandering from place to place was an opportunity to evaluate the choices I had made. In one of the darkest seasons of my life I realized that in order for me to change my situation I had to change my perspective. I could no longer bury, suppress, avoid, cover up, or mask the problems that put me in that situation. I had to resurrect my dead conscience, come face to face with the mess I had made and begin the process of healing myself and the relationships I had destroyed.

I believe everyone has something inside of them steering them towards good. A still small voice trying to nudge us in the right direction. I think we all hear it. We can sense it leading us and guiding us down a path of fullness and purpose. Sometimes it appears as a warning. A wrenching feeling in your gut when you’re about to make a bad decision. An encouraging whisper in your soul when you’re on the right track and you need some confirmation. It’s ever present and always there if we choose to listen. We often tend to dismiss this sense as just coincidence, or nerves, or fear. We chalk it up to over thinking or apprehension but if we took the time to dig a little deeper we’d find that all of these little inclinations have an origin. A source from which they derive.

As I look back at my life I can see at every step someone was with me through good and bad. Before I had a relationship with God I didn’t notice it. I thought I was choosing to be good or choosing to be bad or just choosing to do what I wanted. But I know now the spark that kept my conscience lit was God. He was the source of all of those inclinations, all of the warnings, and all of the hard questions. He was leading me, guiding me and drawing me inch by inch closer to Himself. I think this is probably what No Malice realized when he came to the place where he decided to sear his conscience and cut off the voice of God. He said in the End of Malice,

“I really attribute my discomfort and really not truly being able to fit in the way I want(ed) to fit in, with me giving my life to Christ.”

I don’t know where you are in your journey. I’m not sure where you have come from or where you have been. But what I know is that God has been with you every step of the way, speaking to you through your conscience. I encourage you to not tune him out. He has wonderful things prepared for you. You just have to follow him.

Brandon is an Executive Producer and Creative Strategist living in Dallas, TX. He has spent his career developing effective strategies for creative and entertainment based projects. Brandon specializes in leading creative concept development, strategic planning, and project execution. He has a knack for melding creative ideas with strategic processes in order to bring creative ideas into fruition. He has been responsible for creating marketing activations at various music festivals and concerts, leading production in music and video projects, creating marketing strategies for film releases, and assisting creative startups with project execution.

How One Trauma Survivor Decided to Heal