Why Simone Biles’ Announcement Might Be the Next Great Olympic Moment 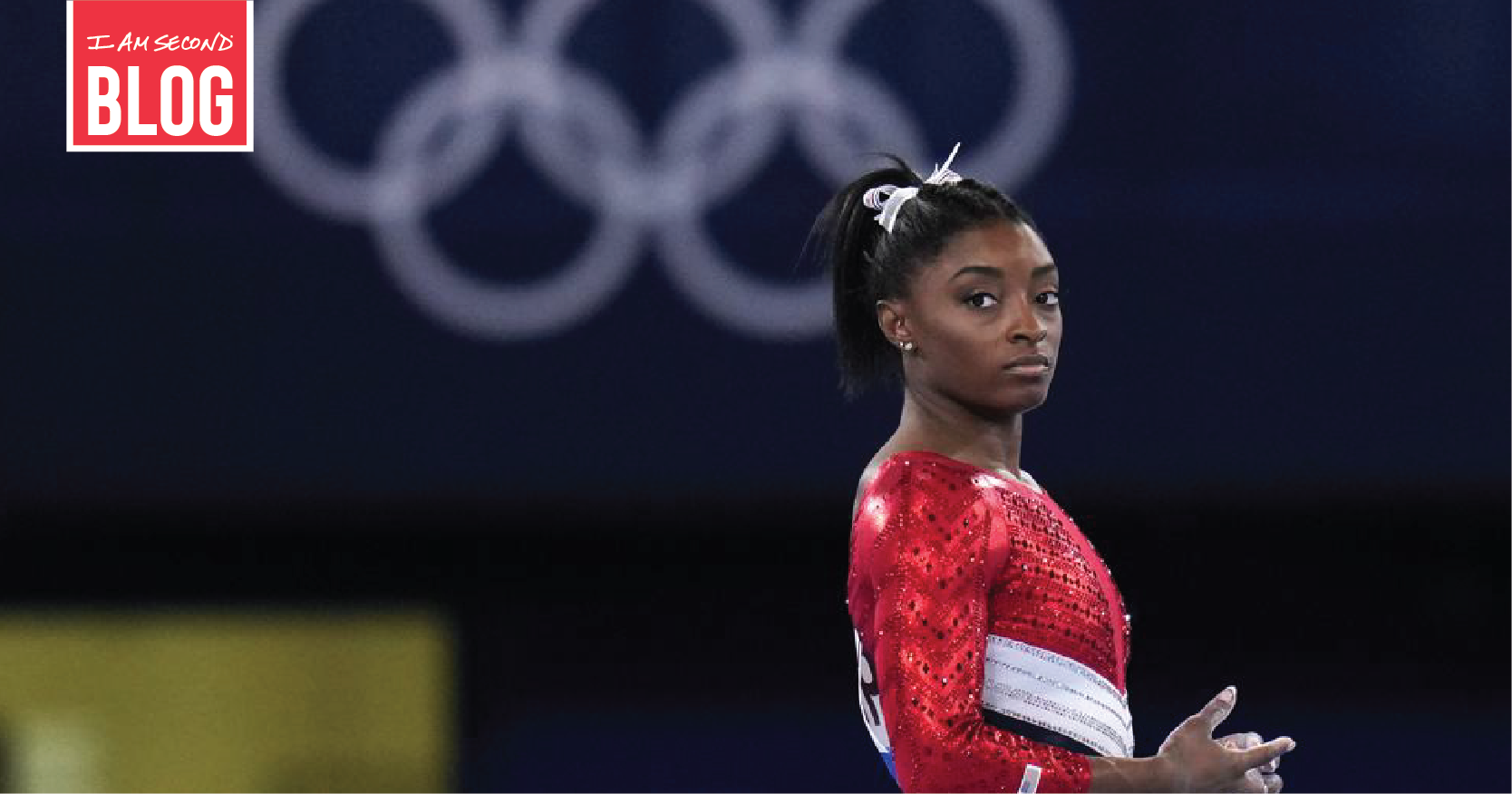 The wall may have come down, but the Cold War was still running cold in all our veins. If we wouldn’t blast each other with nukes, we would at least blow each other away at the Olympics. That was the feeling in the 90’s as we watched the 1996 Olympic games with American and Russian gymnastic teams battling for gold. It was the team-all-around competition for women’s gymnastics. Russia had the lead. Our hearts were breaking. But there was still a chance. We just had to nail this vault, or rather Kerri Strug had to nail. Only she didn’t. Instead she injured her ankle. We all thought it was over.

She half crawled, half hopped off the mat, rounded the corner, and set herself up for her second run. She could barely walk, but she wanted the gold more than all of us eating popcorn at home. Somehow she shut her brain off to the injury and charged down the runway. She flipped onto the vault, spun through the air, and then, miraculously, impossibly, wonderfully LANDED! And she did it on one foot. America took home gold.

There was an age when we asked the impossible of athletes. We wanted them to perform for us, do wonders and miracles for us. And to do it all without ever admitting injury. Footballers needed to ignore the concussions, bicyclers had to self medicate through the pain, and gymnasts needed to fly with broken wings. If they couldn’t admit to their physical limitations and pains, what hope did they have to admit their mental health challenges.

But more and more of our friends, brothers and sisters, sons and daughters have come back from war with injuries that can’t be seen and hurts that can’t be measured. As our greatest heroes, valiant warriors and mighty oaks (check out Chad Robichaux’s film on this) announce their weaknesses and not just physical injuries but their mental injuries, we have been forced to open our eyes and see, to open our ears and hear.

I don’t know where it really started, but for me it started with watching football. I remember so clearly the amped up sounds of the field, the crunch and smash of the helmets. You could even see the sound technician on the sideline pointing his satellite-dish-like contraption at the action so we could hear every smash and crash on our television sets (yeah, that was before we watched things on our phones and computers). But then reports came in on retired athletes missing parts of their brain, suffering from Chronic Traumatic Encephalopathy (CTE). Those crunching sounds we all loved to hear was the onset of a progressive and fatal brain disease that for many culminated in radically changed personality and even early death.

Then more recently Naomi Osaka refused the onslaught of reporters after a match. The tennis great broke tournament rules by refusing to speak to reporters afterwards. She took penalties and criticism, but she cried for help. A young twenty-something with the weight of the world and the eyes of the planet on her, just trying to play her game and still keep her mental health. Every missed swing, fault line mistake, or lost match produced a storm of negative coverage. And she couldn’t take it anymore. She had an injury, we just couldn’t see it.

We tell our athletes they can be physically injured now. We’ve grown, we announce. Our parents could not see this, but we can. We are enlightened and good. But really we have only shifted our blindness to another area. We forget that athletes are mind and body. They take as much of a beating on their body as they do their minds, maybe more.

The run up to the Olympics had the airways and social media channels filled with GOAT references and Simone Biles. Crash. Crunch. She can’t be beat. She can’t lose. Bam. Smash. She’s not going to win gold, she’s going to win ALL the gold. Smack. Boom. We don’t see the hits, but her emotional health is hit every time we lay the expectations on her.

Finally, this near unbeatable athlete makes a mistake in the lead up to the all around women’s gymnastics competition. Her performance is still better than nearly every athlete at the games, but it’s not the perfection we’ve come to expect. And finally that strained muscle, that pressured capillary, her mental health, suffers. She’s injured. But not in the way we’ve come to expect and accept. We allow for sprained ankles. We allow for concussions, at least some of us do. But mental health has not been something an athlete is allowed to suffer from.

Maybe, just maybe, it will help when we run into people outside of the Olympics. Maybe when we talk to our sons and brothers returning from war, our teenagers crying out to us from bullying at school, our young adults begging for help in new challenges we never faced, maybe this moment is the next great Olympic moment we’ll look back on and say, “I remember when attitudes changed…”

Grit and Grace: 6 Stories to Inspire in Black History Month