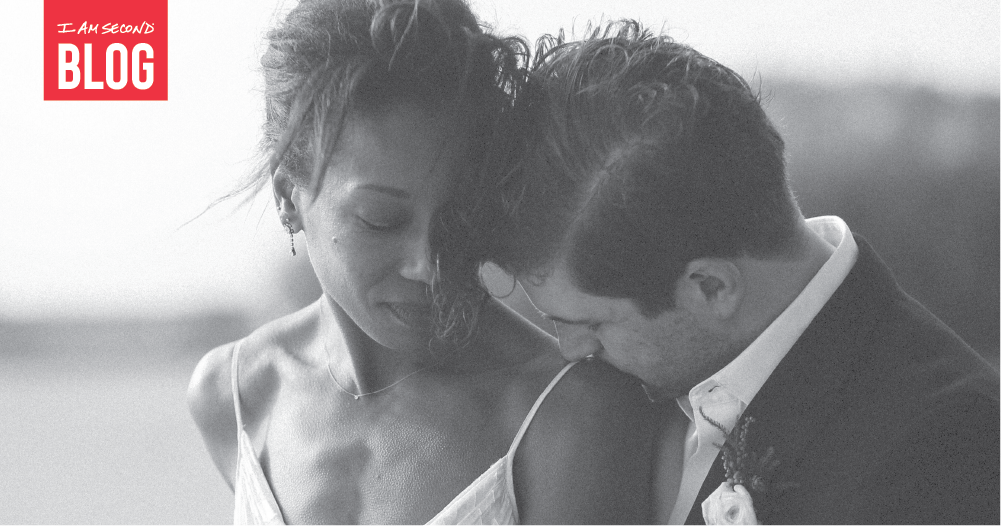 Let me start by being really honest. I sat down to write this article last week and couldn’t. I tried, but the words came out forced and contrived. See, my goal was to write something about love and how it manifests in marriage. It was going to be part touchy-feely, part inspiring, and a lot relevant. Not corny, but definitely not heavy. The perfect Valentine’s-type post, you know?

But something went wrong. Very wrong.

On Tuesday, my wife and I got into an argument, the type of argument where you don’t speak much for the next 24 hours. The type that causes you to retreat. The type that makes writing about love and marriage feel forced and definitely the last thing on earth you want to be pondering.

As the week went along I started grasping for other love-related topics I could cover. Something, anything, but marriage. But no matter how hard I tried, none of those felt right either. And as I spent time reading my Bible and praying, it became obvious to me that I still needed to write about love in the context of marriage.

“But what exactly am I going to say? Right now I feel like I’m kinda blowing it,” I told God. “And I’m not really feeling a lot of love.”

As soon as I said that, I heard the answer.

It’s the answer that our culture ignores, denies, and never admits. It’s the answer that isn’t found in movies or romance novels; the one that doesn’t always come easy. That answer? The basis of true, real, and lasting love isn’t about feelings at all, it’s about choice.

Let me illustrate that with a story. Years ago a friend of ours showed up to our church small group and surprised us with some unexpected news. He was a young, Indian man who had immigrated to the U.S., tried to date, but was never able to find a relationship that stuck. So when he said what he did, we were stunned.

“I’m engaged,” he told us. I remember chuckling a little, thinking he had to be joking. He wasn’t. Far from it. With him unable to successfully date here, his family back in India had arranged a marriage for him — at his and his new fiancée’s request — and they were set to meet for the first time very soon.

In other words, they didn’t fall in love, but rather decided to love. Fast forward to now and this couple is one of the most solid, incredible husband and wife duos I know. They have two beautiful children. And while they have the normal issues any married couple has, the truth is this: they made a covenant to God and are still joyfully married.

And you know what? Arranged marriages have a significantly lower divorce rate — like, 10 times lower than “normal” marriages. I think that’s because there’s something about basing a marriage off of a decision and not fleeting feelings that make them last. Listen, that doesn’t mean I’m telling everyone to run out and sign up for one. (And there are parts of the world where arranged marriages are forced and a source of fear and even abuse.) But what I am saying is that feelings are actually heightened and deepened by the choice we make to love, and not the other way around.

At first glance that sounds unromantic. I mean, right? That’s probably what you first thought when you read that. “Love is about the warm fuzzies, Jon!”

I’ll let you in on a little secret here, though: The idea that love is a choice is one of the best things you’ll ever hear. It’s one of the most reassuring. Why? Because feelings change. They come and go. Because of that they can’t always be trusted. But when you decide, no matter what, to love — and make that choice consciously, constantly, and consistently — it creates a firm foundation.

There’s a quote from prominent author, and pastor, Matt Chandler (who wrote a book on love and relationships) that goes like this, “Love says, ‘I’ve seen the ugly parts of you and I’m staying.’” Translation: love is a choice. And in any relationship, especially a marriage, that’s what you want to hear. You want to hear that no matter what, your spouse is choosing you and they are staying. Twelve years into marriage I can tell you that I’ll take that over the “sweet nothings” any day. And that applies to any relationship.

We get so wrapped up in describing love as this ethereal, beautiful thing. But want to know what the most beautiful thing about love is? It’s choosing the ugly. It’s what Christ did when he demonstrated his love on the cross. He chose us despite our ugly.

So in this month where everyone is going to be throwing around the term “love,” don’t fall into the trap of boiling it down to feelings. That’s easy. That’s cheap. That’s incomplete. Instead, remember that true, lasting love involves so much more. It involves a decision. It involves a choice.

If you'd like to hear more stories about people who chose love, even when they didn't feel like it, check out some of our films on Marriage & Divorce or read our newest book, I Found Love.

Jonathon M. (Jon) Seidl is a writer, speaker, and digital media strategist. He’s the author of a forthcoming book on anxiety, OCD, and mental health that will be published in fall 2021.

Why I broke up with the man I almost married