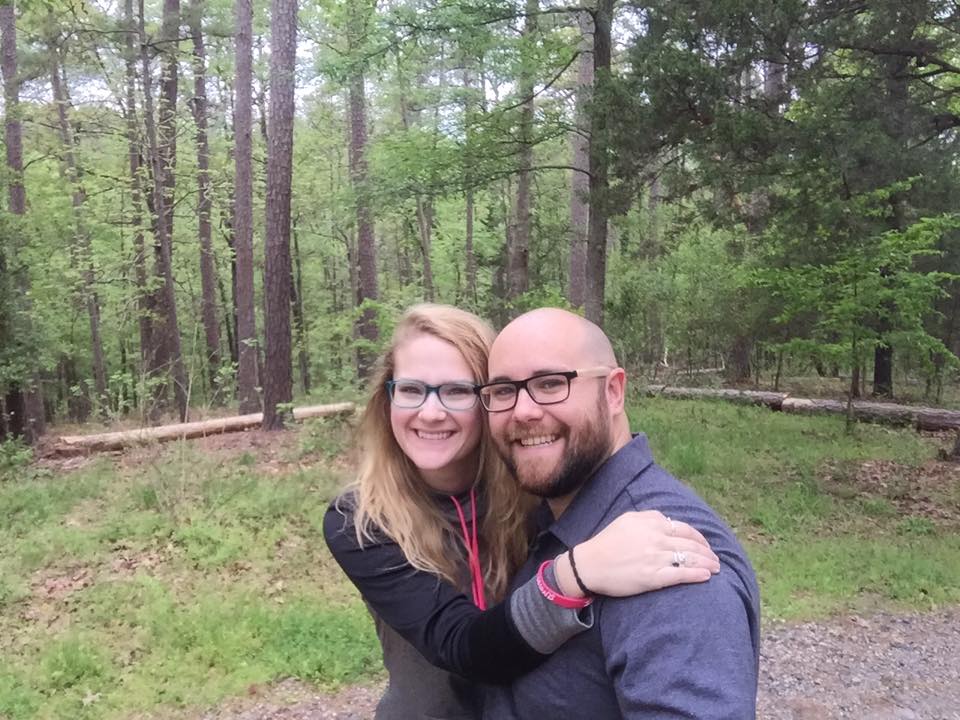 Next month, my wife and I will have been married seven years. Seven years. We'll also have known each other for a decade. I can't believe it, really. And as we approach such a milestone (after all, this is when everyone starts finding ways to talk about the "seven year itch" so I consider it a milestone), there's a few things I've learned that I think are worth passing along.

One important caveat, though: Just because I've "learned" something doesn't mean I practice it consistently, perfectly, or adequately. That will become clear. Maybe it's more accurate to swap "learned" for "learning." This marriage thing is an ongoing process of self-reflection.

So with that said, here we go.

Someone once told me that marriage is like looking in a mirror. I can verify this is true. And you know what I see when I really take time to study the reflection? I can be a real jerk to my wife sometimes. And selfish. Definitely selfish. I think about my own wants far too often. I make decisions without thinking through how they may affect my family. And boy do I have a sharp tongue.

But the more I admit it, the more I become aware of it. So let me say it again: I can be a real jerk to my wife sometimes.

Love is not that butterflies-in-your-stomach feeling. I'm not sure what that feeling is (sure, I have experienced it with my wife), but it's not deep love. Love is when you really, really want to watch the football game you've been looking forward to all week but your wife asks if you'll go on a walk with her and you do. Love is knowing you're right, but willing to concede the argument. Love is publicly supporting your spouse when you privately disagree. Love is sacrifice. As my pastor puts it, "Love says: I’ve seen the ugly parts of you, and I’m staying."

It's a conscious choice.

I remember a few years ago a friend of ours announced that he was engaged. That wouldn't have been odd if he had been actually dating someone. But he wasn't. Of course me with my big mouth and because I'm always looking for a laugh, piped up: "So did you agree to an arranged marriage?"

The group of people we were with chuckled and turned to him. Then he responded, "Yeah."

My heart sank. See, he was from India and arranged marriages aren't odd, they're common. "In order to find someone in America, you have to have game. And I don't have any game," he explained.

Today, he and his wife — who his family picked out for him in India — are happily married and have the cutest, little boy. I remember asking him a few months into the marriage how things were going.

"It's pretty good. We're kinda in the dating stage and getting to know each other right now," he said.

Love is a choice.

Seidl and his wife during their first dance as a married couple. (Source: Jonathon M. Seidl)

3. My wife is not my soulmate.

This point is closely tied to the previous one.

The idea that there is one person out there who perfectly satisfies all your desires, needs, and passions is not only idiotic, but it's dangerous. Instead, love is a choice. (Are you sensing the theme?)

My wife and I both have a great understanding with each other: We both could have married someone else. That may sound so unromantic and counterintuitive, but it has actually brought tremendous strength to our marriage. That's because it has helped us put to death the idea that marriage is all about feelings and helps mitigate questioning each other when things aren't going so great.

After much prayer and thought during our time dating, I concluded my wife was definitely marriage material. She had all the qualities I was looking for. She did the same thing and felt the same way. So we chose to marry. Sure, there were those butterflies. But here's the truth: If Brett would have told me no when I asked her to marry me, while I would have been crushed, I'm confident there would have been another woman out there that was marriage material that I would have married.

So, when I encounter times of just "not feeling it," that doesn't shake me. When I encounter another woman that is attractive and that I hit it off with, I don't walk away wondering if she's actually my soulmate or "the one." My soulmate, if we must use that word, is the woman I'm married to. Period.

One of the biggest hurdles my wife and I had to overcome early in our marriage was an ugly monster that begins with "ex" and ends in "pectations." Once we slayed that dragon — or at least recongized that it was a beast that had to be slain — our marriage got decidedly better.

Resentment leads to distance, and distance leads to broken marriages.

Expectations take many forms, from how you think your spouse should act around your family to how many times you just have to have sex in a week. And if you let those expectations go unspoken and unaddressed, it leads to resentment. Resentment leads to distance, and distance leads to broken marriages.

So you know what I tell young(er) couples? Kill your expectations. Treat them like little mini vampires that have to be brought to the light. Because I will say a good percentage of the time, conflict in my marriage can be traced to unrealized or silent expectations.

5. Marriage is not about your happiness.

I generally find it easier to explain something by what it isn't. My wife and I have counseled a few couples before they got married, and while many of them want to talk about what marriage is, I usually start by talking about what it isn't. And you know what one of the biggest things it isn't? It isn't about your happiness.

Let me say that again: Marriage isn't about your happiness.

Now let me talk about what marriage is. It's a lot of work. It's about commitment. It's about serving someone else. It's about sacrifice and modeling the ultimate relationship.

Marriage is about joy. And joy is very different than happiness.

Marriage is about joy. And joy is very different than happiness. How so? As my pastor recently pointed out, happiness is built on external circumstances, while joy is built on truth — especially deep, everlasting truth.

Happiness is fleeting. Joy is enduring. Happiness comes and goes with each argument, while joy is knowing that no argument will ever cause the other person to leave.

It's not that happiness is bad, it's that it's fickle. I've learned that when I seek joy in my marriage, the happiness comes naturally. When I make my marriage about my happiness, that's when it's hard to find.

6. Take more responsibility than you think you should.

Some of the worst fights my wife and I have had over the past seven years have been when one of us knows we're factually right and the other person is wrong. It's then that we hold the tightest to our positions, bent on proving how wrong the other person is. It's also, then, when we hurt the other person the most. You know the best way to diffuse that? Take responsibility.

Here's how my pastor, Matt Chandler, puts it in his book, "The Mingling of Souls":

This is critical to all healthy conflict in marriage — refusing to shift the blame and accepting whatever responsibility you can. [...]

Paul Tripp said, "[Y]our biggest problem is not the imperfection of your spouse."

No, the biggest problem in most of our marriages is us. And really, the only person we can control is us. We can't change our spouses. (Haven't you figured that out yet?) Only God can do that. So the only thoughts, actions, and words we can control are our own. Let's ask ourselves, then, what we can to take responsibility in the midst of conflict. By owning our part, we can stop the escalation of conflict.

I can say unequivocally that anytime I work to take responsibility during conflict, even if my wife is more at fault, it always ends well. It really is amazing.

Five years ago, you could have put me on a billboard to advertise the word extrovert. I was the most outgoing person my wife had ever met. But recently, something has happened: I've become a closet introvert. Whereas I used to crave getting together with people, now I find myself just wanting to retreat to my workshop, hop on my motorcycle, or do yard work to recharge. When it first started happening, I thought something was wrong with me.

But the truth is, since I've been married, I've realized that I need personal time away. I need to just be, to just think, to just not have to be "on." And when I do that regularly, I'm a better husband.

For some people, personal time means hanging out with friends, for others it means curling up at Starbucks with a book. But whatever way you recharge, do it! And don't feel guilty. It's important to develop and exercise interests outside your spouse. That doesn't mean you skirt your responsibilities or don't have hobbies together. But find time to work on you. I've found working on me makes a better us.

Do you want to hear another incredible story about marriage? Check out this short film.