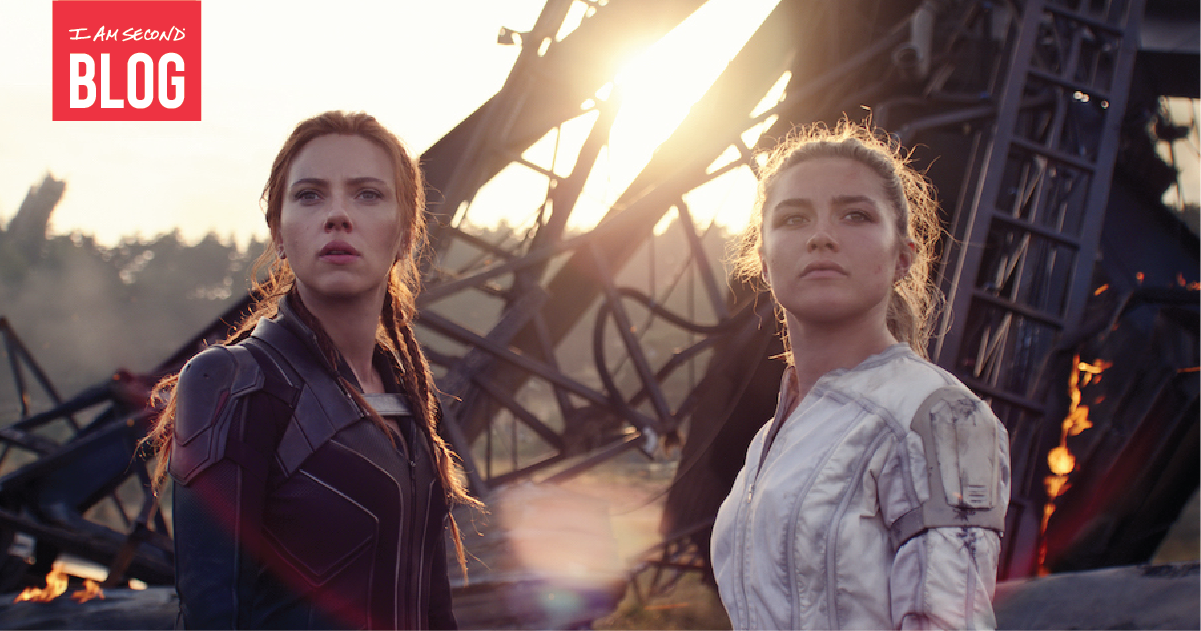 I expected a movie about a killer superhero spy to be packed with action (it certainly was), but I did not expect to also see a sweet story about a group of misfits trying to build and be family. Scarlett Johansen’s character Natasha Romanoff (aka Black Widow) struggles against her mind-controlling nemesis as much as she does her own messy family. Amidst all the fight scenes and over-the-top explosions in Black Widow, this movie shows a group of lonely people asking the hard and important questions about family.

Yelena: "The best part of my life was fake and none of you told me."

There’s a scene midway into the movie where Black Widow and her family are all sitting together around a table. They talk over each other, bicker, reminisce, and laugh. It was the most real few minutes of the whole movie. It all feels like a family dinner. But in reality their family was nothing more than a lie. Just a Soviet concoction designed to infiltrate deep into the american midwest. Or was it? In many ways, this was the central question of the movie: what makes family, family? It’s also a central question that each of us must wrestle with.

Can you grow up and stop bickering with your siblings?

Natasha (Black Widow) to her sister: "So are we going to talk like grownups?"

Yelena: "Is that what we are?"

Natasha and her adoptive sister fought each throughout the movie. Some of it was the funny back and forth banter of sisters, but at other times it was the outpouring of deeply painful and real hurts. My sister and I fought a ton during our teenage years and have had some spats in our adult years, too, (though none quite like Natasha and Yelena’s opening scene). But we had to learn the same thing that Natasha and her sister Yelena had to. At some point you have to let go of the pain in the past, realize you were just kids, and grow up.

Yelena to her adoptive father: "I was the chore, the job you didn’t want to do. To me, you were everything."

There is something in all of us that wants our fathers to be near-perfect, selfless, and adoring. Just the other day my five year old son thought I was joking when I told him that I made mistakes and wasn’t perfect. While I appreciated the vote of confidence, I know the day will also come when he will see my mistakes and faults. One of the most obvious truths that this movie presents so well is that a father can be both a bumbling, imperfect idiot and in love with his kids. Knowing this truth has helped me let go of some of the past hurts from my father and hopefully will help my children do the same with me.

Can you make a family real?

It took 122 minutes of fight scenes and exploding secret sky bases to get her there, but eventually Natasha learned to both love and trust her sister, Yelena. Yelena always knew that their family was actually fake; she had also chosen to accept it as the only real family she ever had. This is the exact sort of feeling that so many of us who come from blended families have to grapple with. We live with siblings or parents who are family but aren’t family at the same time. Which are they? And further, sometimes our father figures are not our fathers, our brothers are not our brothers, and our grandparents are not our grandparents, they are people that God has sent our way to fill in the gaps that our birth families couldn’t.

While I Am Second has not (as of the time of this publication) added in any of the CG or pyrotechnics you’ll get with Black Widow, there are some awesome family stories you can check out if you were left wanting more after the movie.