The Truth about the Force and the Spirit 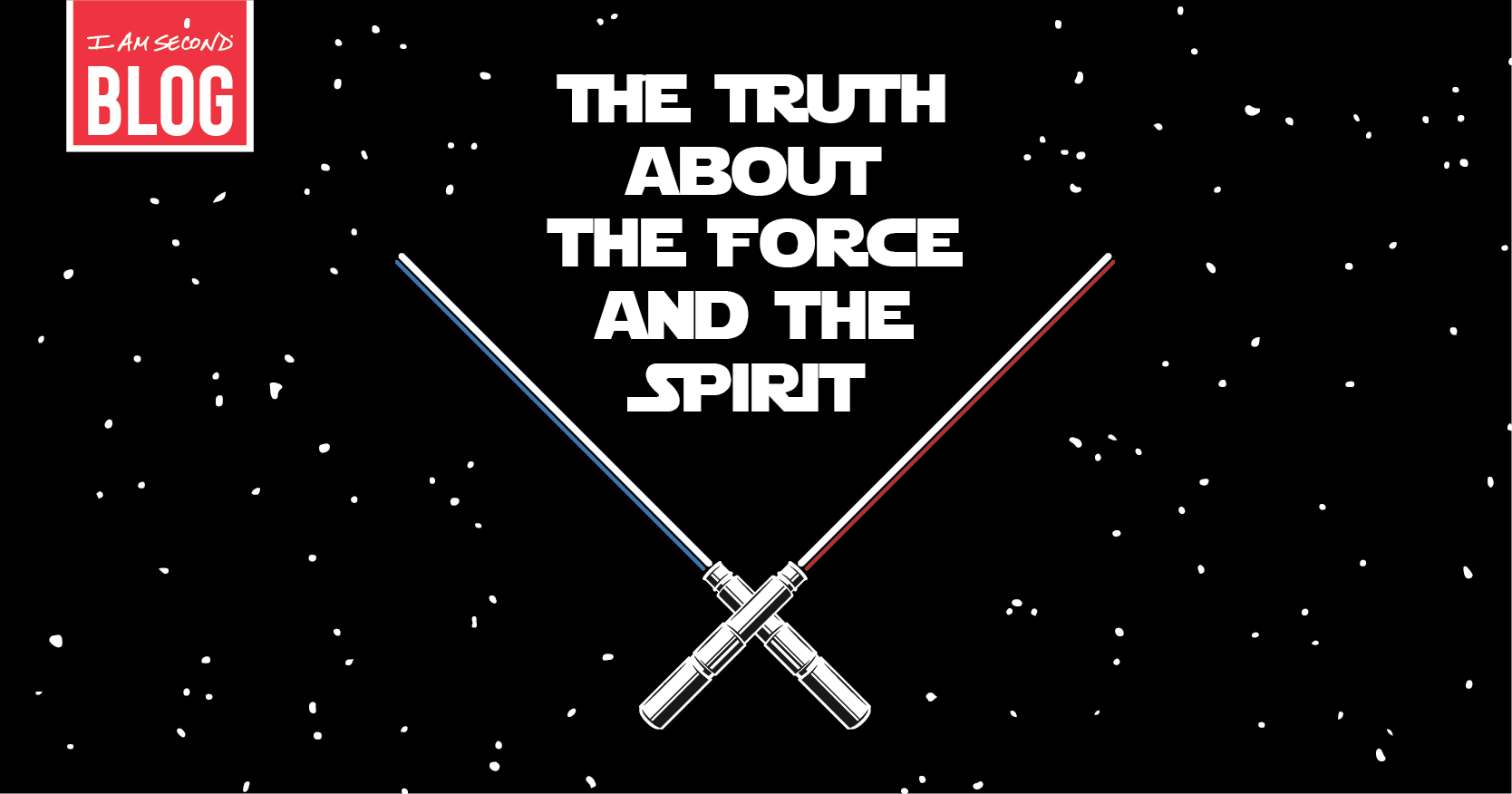 Let me start by saying, I’m a fan. As I write this article, I am actually wearing a Star Wars T-Shirt. And I swear, I didn’t even plan that. But while the Skywalker saga has much to its credit, it’s not going to help you if you’re looking to it for spiritual truths. In fact, you wouldn’t be alone if the series has confused you specifically in regards to the Force and who the followers of Jesus refer to as the Spirit. To help sift out fact from fiction, here are the top 3 differences between what the Bible means when it says “the Spirit” vs. what Yoda means by “the Force.”

A Note Before We Start

I’m going to assume that since you clicked on an article about the “Force” on such an auspicious day as this (May 4), then you enjoy the occasional “nerd out.” This article will definitely be that. We are going to get deep in some aspects of the Force as it is presented in Star Wars but also the Spirit as he is presented in the Bible. If you are more familiar with Star Wars than the Bible, no worries. I’ll try not to lose you. But before we start, you’ll have to at least understand the basics about the God of the Bible. Namely, the Bible states there is only one God, but this one God, (being so immensely bigger than us), is of course immensely more complicated than us. Most notably, while we humans are one being and also one person each, God is one being, but three persons. God is Father, Son, Holy Spirit. Each person is distinct from each other, but there are not three gods, there’s still only one. A bit complicated, I know, but what else would you expect from an infinitely immense God. With that, let’s jump into some key distinctions between the Force and the Spirit.

This is the most glaring and important difference between the two. The Force is an impersonal and emotionless, well, force. The Spirit is a person. The Spirit is not a person like he has a body and is walking around places, but a person in that he has a personality, a will, and a set of thoughts and desires. The Force is more like an engine that powers or holds in balance life (i.e. the light side) and death (the dark side). The Force can be wielded and manipulated. The Spirit, because he has a will of his own, cannot be wielded. The Spirit can empower (and in that sense lend to a person Jedi-like strength or insight), but only if he so chooses. The Force, as the Jedi and Sith describe, has no such personal involvement. In terms of pronouns, the Force is an “it” and the Spirit is a “he.”

Balance vs. Chaos vs. Life Eternal

Another important difference between the philosophy of the Force and that of the Spirit is its goal. The Jedi aimed to bring about balance with their use of the force. We won’t get into the various ways that that balance was defined or pursued by various force users or factions, but the Jedi can be broadly classified as those users who wanted some kind of balance. Users of the dark side, or Sith, aimed for chaos or a lack of order. The Spirit, however, has as his goal eternal life. In short, the story of the Bible is this: God (as in Father, Son, Holy Spirit) created humans to live forever. But these same humans separated themselves from God. They did this through what’s called sin, which is anytime one acts outside of the perfect love that is defined by God. In separating from God, humans separated themselves from the author and sustainer of life (hence why sin results in death). Not wanting any to die, God the Father sent God the Son (that’s Jesus, by the way) to rescue his creations. The Son died on a cross and then rose again three days later proving that he had power over death. He then said any who want to enjoy such life need only to trust him and he would send to them the Spirit. The Spirit then gives eternal life to all who accept this offer in faith. While the philosophy of the Jedi certainly is associated with ‘life,’ it is not nearly as central as the idea of balance.

In Star Wars the strength of a person’s connection to the Force can be chiefly identified by the amount of power they can wield. Whether Sith or Jedi, users who are particularly well connected with the Force have correspondingly higher amounts of power, speed, and other traits useful in a fight. Those who are well connected to the Spirit, however, are not guaranteed such abilities. While the Bible does illustrate on a number of occasions that superhuman like abilities can be an effect (see for example the story of Samson or David), the primary and normal result of being empowered by the spirit is instead love, joy, peace, patience, kindness, goodness, gentleness, and self-control, but the chief of these being love. This goes back to point #2 above. If the lack of love (i.e. sin) is what separated us from God, love is the most obvious sign that a connection has been reestablished.

While I love the Skywalker saga for many reasons, the spiritual aspects of the storyline can easily confuse fiction with reality. Hopefully, this article clears that up for you a bit. Ultimately, of course, the biggest difference of all is that the Force is fictional and the Spirit is real. That’s a truth that every I Am Second film is testament to. He is out there changing lives, bringing the dead to life, and turning hate to love. If you’ve never met him, you really should. No guarantees on being able to split open seas or call down fire, but real love is way cooler in the long run anyways. Check out our How to Become Second film to get started.

How Stories Traveled from Texas to Antarctica, Colombia, and now South Africa

How Church Has Changed Since You Last Visited