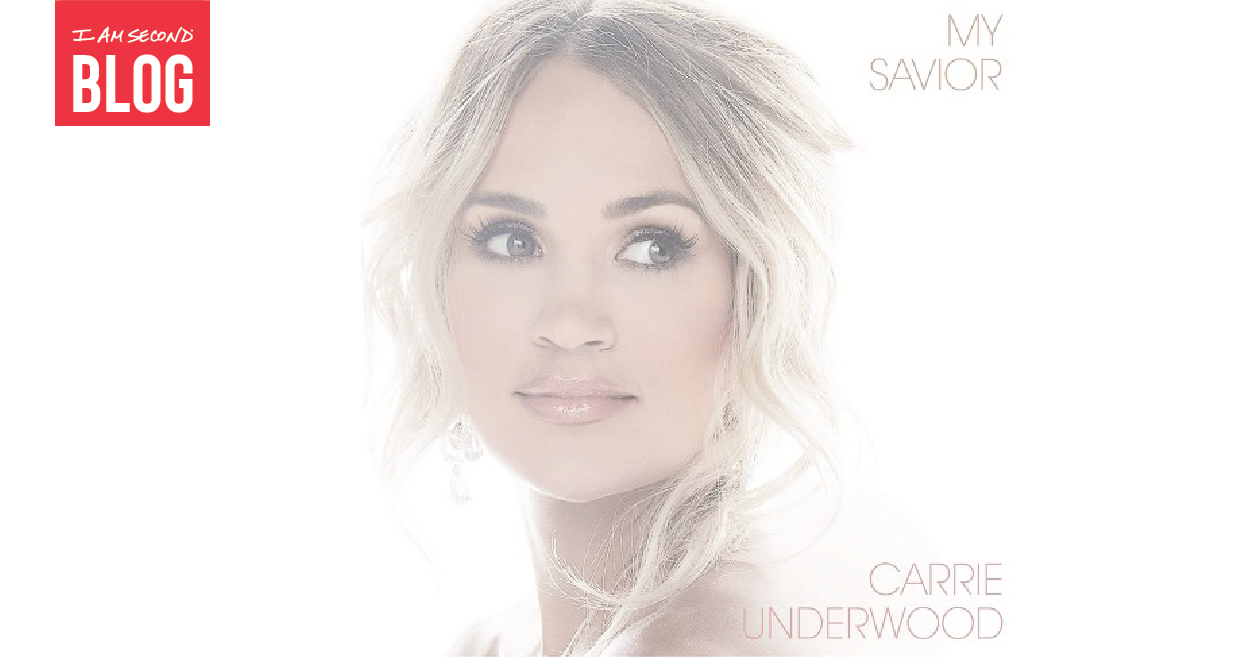 Country music star, Carrie Underwood, releases My Savior, her 8th studio album, tomorrow on March 26. My Savior is a type of greatest hits album representing the classic songs she grew up singing in local churches in rural Checotah, Oklahoma.

“This album is one that I have always wanted to make,” she says in a trailer video for My Savior. “This is legacy stuff to me. The songs on this album are literally songs that I’ve heard since birth. These songs are like a warm hug. Just familiar and sweet songs I’ve been singing my whole life.”

For fans of Carrie Underwood this album will be required listening to understand the roots of this multi-format, multi-media superstar. Underwood has won over 100 major awards including 7 GRAMMY Awards, 15 ACM Awards, and 22 CMT awards. But long before anyone bought one of her 64 million records sold worldwide, she sang hymns in small churches in rural Oklahoma. The lessons she learned there, the values and view on life she was raised in, she still carries with her today. My Savior will transport her fans back to her beginnings reminding them (or perhaps introducing them) to the old truths that still motivate and ground her today. Here is just a sample of what you’ll find on this new album:

“Just as I am, though toss’d about

With many a conflict, many a doubt,

Fightings and fears within, without,

Success in the music industry is usually marked by weeks. The number of weeks an album or song tops the charts is the measure of fame and greatness. But there are songs, a tiny handful, whose strength stretches not weeks or months or even years, but into the centuries. “Just as I Am” is one such song. First sung in the years when the stars and stripes had only half the stars, the song embodies the perennial human cry for God to accept and forgive us broken people with all our weaknesses and doubts. Sung for decades at every Billy Graham event and in countless churches around the world and in multiple languages, this song reminds us that God indeed accepts us just as we are, a truth that has brought comfort to listeners of this song for nearly 200 years.

“Great is Thy faithfulness!

Great is Thy faithfulness!

All I have needed Thy hand hath provided

Great is Thy faithfulness, Lord unto me!”

-Great is Thy Faithfulness, by Thomas Chrisholm and William Runyan in 1923

A relative newcomer compared to the others on this list, “Great Is Thy Faithfulness” began as a poem written by Thomas Chrisholm that he pieced together over the course of his life representing the countless times that God had provided for him in times of need, forgiven him in times of weakness, and proven himself forever faithful. While the circumstances of struggle vary infinitely from person to person, the need for God to meet our needs, show up in our moments of crisis, and forgive us when we fail is as old as humanity itself. And that is perhaps why this song will likely continue to be sung for another hundred years and its truths ring true for even longer.

“Amazing grace! (how sweet the sound)

I once was lost, but now am found,

If all the songs that followers of Jesus sang were lost but this one, there would still be sufficient lyrical beauty remaining to rouse all who wanted to know of God’s grace. John Newton, the song’s writer, spent much of his early life working on slave ships along the abominably wretched Atlantic slave trade routes. But once he committed his life to Jesus he began to change. He would later befriend and become an important ally to William Wilberforce who is credited with leading the charge to end the British involvement in slavery. If any man can embody “Amazing grace! That sav’d a wretch” it was John Newton. Grace is the obvious theme of the song and the reason for its perennial appeal. Carrie Underwood sings it anew for any who wonders if God’s grace can apply to them.

With numerous other songs from her childhood, songs that have been sung for decades and even centuries in churches around the world, My Savior will enlighten listeners to the deeply held truths still motivating Carrie Underwood into the future. The songs are old, but the truths they speak of will feel new to anyone looking for grace, acceptance, and love from God.

Carrie Underwood's guitarist: What I learned from my most embarrassing moment