The lies I told and the freedom I found 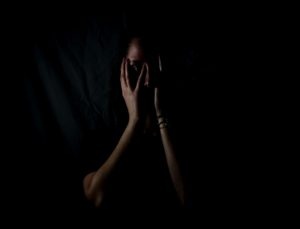 The truth will set you free.

Lying to yourself and others is never a static exercise. You can’t lie and just let it sit there. You have to file it away in your memory and keep track of all those who might be touched by it.  If you have to substantiate the lie, you have to remember exactly what you said.  And you have to get increasingly good at it if you want to keep all of your stories straight and not get caught. I’ve always admired people who could just go through life completely telling the truth all the time - people who didn’t flinch when it came time to share something that might cast them in a bad light. I’m sure now that that is the best way to live.

It’s completely exhausting to keep lying all the time. And sometimes, you find yourself lying when it’s not even necessary. It just becomes so much a part of who you are and how you do things that it becomes your default mode for operating in the world.

I usually lied because I was trying to keep someone else from experiencing pain. This started in high school. I was doing things (smoking, drinking, etc) every weekend that I didn’t want my parents to know about. Instead of causing them the pain that the truth would bring, I would just lie. It seemed much more painless at the time, but just like anything else in life, there is a price to be paid. If I don’t pay it on the front end, it always comes back to me later from another direction - one that I didn’t anticipate - and I always know in that moment that the facade is coming down. It’s always just a matter of time. There are few feelings that are worse than being caught in a lie.

"Mistakes are always forgivable if you have the courage to admit them." -Bruce Lee

You can store away any number of lies for a very long time, but eventually the walls start to crumble on your storage unit. The hinges start to rust a little on the doors. The lies are getting ready to come falling down in an avalanche like a bunch of junk in an overstuffed closet. When that moment finally comes, there is an odd sense of relief combined with all kinds of negative emotions. You’ll ask yourself why you lied. You’ll ask yourself why you didn’t come clean much, much sooner.

"Being honest may not get you a lot of friends, but it'll always get you the right ones." -John Lennon

Because lies are like weights. You think that you’re dropping them off as you lie - leaving them on your path like a lifeless brick or broken tree branch. You think they’ll just lay there where you put them, but they don’t. They hop up on your shoulders before you even take a step, while you think you’re walking away clean. Each one is not that heavy on it’s own, but they begin to add up and the weight gets heavier and heavier.

When I’m attempting to avoid pain by telling a lie, I’m always surprised by how much worse the situation becomes on the back side. Sometimes it feels like it’s too late the tell the truth, when logic should tell me that it gets nothing but later and later the longer I wait. The truth does indeed hurt sometimes, but it’s never hurt me anywhere near as deeply as lies do.

There is one possible exception to this, and I heard it from none other that Billy Graham, the famous evangelist.  I was reading something he said regarding infidelity in the newspaper years ago.  He said that if there is something in your past that you lied about - say, an affair - but you have totally cleaned up your act, and the truth would bring nothing but pain, then you get to carry that one to your grave. So, we’re really not off the hook. We get to carry it around with us.

And it’s not like a cute little puppy. It’s ugly. It stinks. And it lives with us forever. It’s better to save ourselves some pain and tell the truth from the beginning. Better yet, I’m learning to not engage in behaviors that I feel compelled to lie about later. That ugly, stinky pet is not something that I want to live with.

Lying is a habit just like many other things that we do day in and day out. It can be stopped through practice, just as it was started through practice. I’ve lived with a clear conscience and I’ve lived under a web of lies. A clear conscience feels like sitting on a nice outdoor patio enjoying a cold beverage on a beautiful day. A conscience full of lies feels like living in a cramped, stuffy attic full of cobwebs. We get to choose here. We’re the only ones keeping ourselves from living on the patio.

Ironically, if you’re not willing to come clean, you’ll attempt to unburden yourself by telling even more lies to cover up the ones you already told. This is foolish, and part of you knows it, but you would rather take your chances by adding another lie, hoping that someday there will be a way to get out from under all this weight without hurting yourself or someone else. And that, my friend, is the biggest lie of all, and you’re telling it to yourself. Lies don’t resolve that way. They don’t just disappear into thin air. And they don’t shrink or die with time. They’re alive the minute you breathe life into them and they keep on growing until you kill them with the truth. 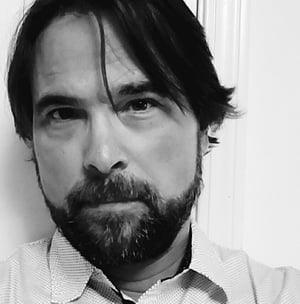 Stan Fletcher’s day job is showing people around Lieper’s Fork Distillery as a tour guide.  He writes music, plays the guitar, and performs weekly at various spots around Nashville.  He has been involved in various aspects of I Am Second since the beginning of 2016.  Stan was a pastor in Seattle and Scottsdale for 13 years.

My wife got married today- Ironically, when I started the affair and stepped outside of my marriage, I was trying to escape pain.

I witnessed country stars Josh Turner and Randy Travis do something I'll never forget- Music speaks to the soul like few other things do.  The older I get, I think this becomes more and more true.  Each year adds a year’s worth of experience to our life resume’, and each year we’re likely to relate with more songs.

How Mike Fisher made a hockey fan out of a Texas country boy- I have never followed professional hockey in my life. I grew up in the Panhandle of Texas, and I'm not sure that there was even a single hockey rink in those hundreds of square miles.