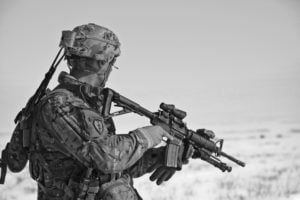 I think what Memorial Day is best known for in our country is barbecues, a day off from the grind of the work week, and most importantly--the beginning of summer. However, Memorial Day is more somber than that. It started as a day to go visit tombstones and decorate them, remembering the soldiers buried there shortly after the civil war. In 1971, it became a national holiday to take time to remember those who gave their lives in the defense of freedom. To be fair, only about 7% of Americans have served in combat. Of that, fewer have had close friends or loved ones die in battle. So when this holiday comes around, more barbecues than cemeteries are decorated.

For those of you who need a story to remember I would like to share the story of the first soldier to die under my command in combat. I was a company commander in Iraq in 2004. We were stationed at Camp Habbaniyah--just West of Fallujah and just East of Ramadi--patrolling the road that connected those two violent cities. My tank company, A/2-72 Armor which had been attached to the Currahees (of Band of Brothers fame) had just replaced a tank company from the 1st Infantry Division. The road was in our hands, and I was nervous. I stepped outside of my TOC (Tactical Operation Center (HQ)) and watched as my tanks headed through heat waves into sector. I glanced at my watch; we were on time. Second platoon was heading out in sector and I felt like things were starting well...then Boom! A massive explosion erupted about a mile and change out. I watch a mushroom cloud rise from the fire. I ran inside the TOC and got on the radio.

Gunfire exploded in the distance. I waited an eternity for a reply. Then through the Radio, I heard, “Red 3’s been hit.”

“Any casualties?” I asked my RTO as I ran to my bunk, grabbed my rifle, vest, and helmet.

I paused taking in what that meant. Killed In Action. SSG Vaillant was dead.

I ran down to my tank. I remember racing past SSG Vaillant’s tank as it came in. I remember wanting to grieve. I remember fear and anger and thoughts of God all flooding my mind. I joined the platoon in contact with the enemy, we fired across the Euphrates River at what we thought might be the trigger man that killed our brother. Then we crossed the river and got on foot going house to house. I spent seven hours with my interpreter trying to figure out who killed SSG Vaillant. The only thing we found that day was sadness and exhaustion.

A couple days later the leadership of the battalion and my company stood by to remember SSG Vaillant. We would have our own memorial day. Psalm 23 was read, Amazing Grace was played. I gave a eulogy about the grace of God. A twenty one gun salute jerked a tear from my eye. After the ceremony, my company huddled together and informally I asked the men to share a memory of their lost comrade. PVT Cavazos took a step forward. He shared a memory back in Korea about how SSG Vaillant and he were waiting for transportation together to get back from a firing range. It started to rain and they were getting wet and tired. They decided to sit back to back for comfort and to prevent the rain from invading as best as possible.

I want to be remembered like that. Etched in the mind of PVT Cavazos was the man whom SSG Vaillant was. A man of God who died in combat. A man of God whose hope was realized on the day when it seemed death and darkness got the upper hand.

SSG Vaillant’s memorial day pointed to a greater memorial day. The day that Jesus took our sins away. The day that he died on the cross in our place...but didn’t stay dead. And that was the hope of SSG Vaillant. And that is my hope. That is the hope I wait for patiently. I’m waiting for the day Jesus comes back and ends the war, the hurt, the pain, and the darkness. So it’s Memorial Day, a day to remember those fallen in combat. We remember them because of our loss. We remember Jesus, because of our hope. 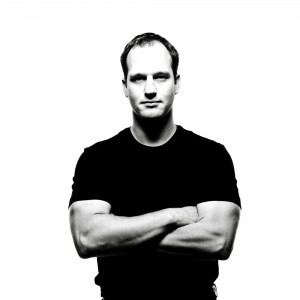 Chris Plekenpol is the Lead Pastor of Wells Branch Community Church in Austin, TX. He is the author of Faith in the Fog of War I & II available on Amazon.com, here and here.

In four minutes, I lose my first soldier- How Chris Plekenpol lost his first soldier and what he learned watching a terrorist burn to death.

How I found myself after I lost my mother to addiction- This past May, I lost my mom to alcoholism and addiction. In truth, I had lost her before that—long before that. But the shock of it was no less jarring.

13 Reasons Why Not: an open letter to my friend who committed suicide- Dear Daniel, I was the last person you ever called and I missed it. I’m still not sure how it happened. But you took your life before I could call you back.

Chris Plekenpol: Watch Chris's own story. God must have taken a vacation because there’s no way He can be present in a situation like this. That was Chris's rationale after being deployed to Iraq where no day, hour or minute was certain.

Chad Robichaux Film: As a police officer, Chad Robichaux had to make a life-or-death decision. As a Force Recon Marine serving as part of a Joint Special Operations Command Task Force, he witnessed unspeakable evil. Eight tours later those memories still haunted him.

Brian Birdwell: One minute he was visiting the bathroom down the hall from his Pentagon office. The next minute he was burned over 60% of his body from an unknown explosion and resulting fires. That was the hell unleashed on Lt. Col. Brian Birdwell on 9/11/2001.

Sujo John: When terrorists hijacked planes and rammed them into the World Trade Center towers on 9/11/2001, his life story was altered. As the walls of the towers came crashing down around him, his wife’s whereabouts unknown, and thousands dying around him, Sujo could only rely upon God’s plan for his life. A plan which became real amidst the death and debris of Ground Zero. 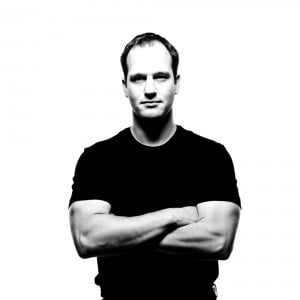 Chris Plekenpol is the Lead Pastor of Wells Branch Community Church in Austin, TX. He is the author of Faith in the Fog of War I & II. Watch his White Chair Film at iamsecond.com/chrisplekenpol

In my heart and mind, I tell them to leave there to die-

How I Found Joy in the Dark Times