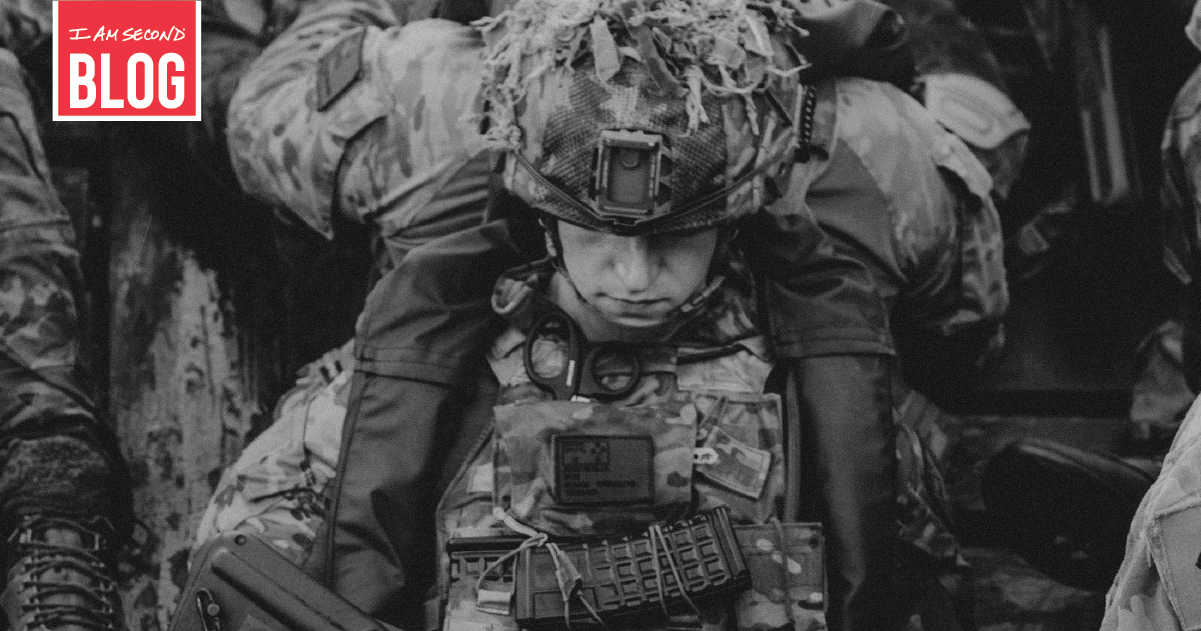 I met Chris in college.

I was an RA and he lived in one of the rooms I was assigned to oversee. I would do room checks, tell him and his roommates what they needed to clean up, and handle any of the little problems that come up in college dorms. He was quiet, a little reserved, and no-nonsense.

After I graduated, we didn’t really communicate. However, I kept up with him and his wife – a fellow alum – via Facebook. One day, I saw that he had joined the Army. In fact, he became a sniper, and a good one at that.

But something happened on September 9, 2011. While in Afghanistan on a mission, Chris was killed in the city of Paktya. He was 26 years old.

Chris was the closest person to me that died in service to his country. Every Memorial Day, then, I wear a special bracelet his wife gave me to honor that sacrifice. And as I put that bracelet on recently, I had a lot of thoughts rush through my head. I thought about his family, his life and, in a special way, I thought a lot about sacrifice.

More specifically, I thought about this: In a time when selfishness rules in culture – a time where it’s all about what I can get in life – I was reminded that we still have vivid pictures of what true sacrifice looks like, and how that points to the ultimate sacrifice that we are so quick to gloss over.

Sacrifice isn’t intuitive. It’s why we honor those this Memorial Day who gave their lives. If it was so common, we wouldn’t have to celebrate it. But we do. It’s like we inherently know how out of the ordinary it is.

But I think one of the many casualties of our recent wars is how that sacrifice became so commonplace that we became numb to it over the last two decades. During the wars in Iraq and Afghanistan, it was “normal” to turn on the news and hear of our men and women in uniform paying the ultimate price. Ambushes, IEDs, helicopter crashes – they all became just another story.

I’m ashamed to say that I fell into that trap. But Chris’s death made it more real for me. In a sense, it snapped me out of that. In many ways I felt his sacrifice.

I think one of the reasons is because it became a personal picture of the ultimate sacrifice that Jesus made for me.

As a Christian, I celebrate a different kind of Memorial Day as well. Every Easter, I take time to pause and reflect on the death of Jesus, who came because he knew I was imperfect and that I could never measure up. My good deeds could never outweigh my bad deeds. No matter how amazing I was, I would never make it to Heaven where I could enjoy God forever. I was lost and floundering, and yet he died for me anyway.

Chris died for my earthly freedom. Christ died for my eternal freedom. For the rest of time, that reminder will exist in my life.

Maybe you haven’t known someone personally who died for you. But I don’t think you have to in order to appreciate true sacrifice. I think inside us is that awe and wonder that happens when someone gives of themselves for us. We’re wired, in a way, to understand that.

But here’s the thing, even if you don’t know someone on this earth that made that sacrifice, the truth is you can know the One who made the ultimate sacrifice for you. You can know Jesus.

If you are a Christian, your ultimate loyalty lies not to a country, but to a king. And that king sacrificed himself, died for you, so that you can have something greater than anything this current life affords. That should stir within you an even greater appreciation.

Why You Need Counseling