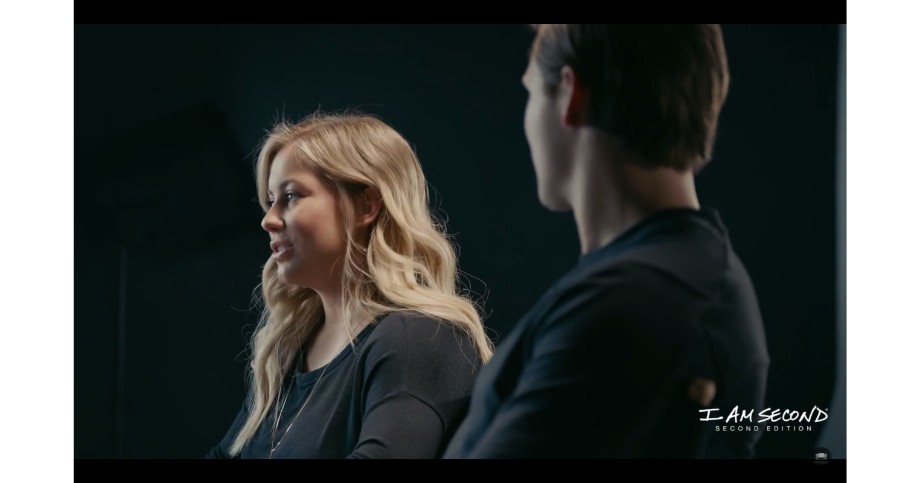 Since our last conversation with Olympic gymnast Shawn Johnson, her story has been marked by love and change, loss and growth. She found love with her husband, Andrew East; she found exciting new challenges in her career – traveling the world and working for the Today Show – and then, in the middle of all this newness, she found out she was pregnant.

"I've feared my entire life that I wouldn't be able to get pregnant. When I found out I was, it was the greatest moment in the world because it was basically God's miracle of 'yes, you've hurt your body for so many years, but this can still happen'...[I told my husband], we both started balling, and it was literally the next day that we miscarried."

It's a specific and intense kind of loss to experience relief from a long-held fear, and to feel that relief expand your world with new possibility, only to have it stolen away moments later. The world doesn't reset. It doesn't go back to the shape it was. Loss and grief expand us too. They create greater capacity for pain, for guilt, for shame.

"It was probably the hardest thing I've ever had to go through. I've never felt such loss like that, and I didn't know how it was possible," Shawn said.

During their miscarriage, Shawn and Andrew didn't gloss over the confusion and pain and grief. They didn't try to hide it or arm themselves in false toughness to try and keep from feeling it. Instead, they looked it in the eye and named it. They moved through it like water, waiting to break the surface.

Author Madeleine L'Engle wrote, "In the midst of near despair, something has happened beneath the surface. A bright little flashing fish of hope has flicked silver fins and the water is bright and suddenly I am returned to a state of love again...I will submerge in darkness and misery, but I won't stay submerged. And each time something has been learned under the waters; something has been gained; and a new kind of love has grown."

Loss is not simple. It's tangled and complex. The space it leaves behind feels expansive, bloated and empty. But, one of the mysterious complexities of loss is that when the pain starts to recede like the tide, it has also expanded our capacity for other things - for love, for empathy and for compassion.

Andrew and Shawn made a video of their experience and shared it on their YouTube channel. It wasn't the story they'd planned to tell when they started filming, but the story they told has been viewed over three million times by viewers all over the world.

"Comment down below, ask questions if you have questions, if you have stories, if you relate. We love you," Shawn said at the end of their video. "We know everyone's gone through things like this, so that's why we posted it."

In their vulnerability, Shawn and Andrew's loss created space not only for greater love in their life, but also for the pain of others. The comments of their video are filled with stories of people who recognized their own pain in Shawn and Andrew's story and felt seen, heard, less alone.

You can watch Shawn and Andrew's Second Edition film here.

In my heart and mind, I tell them to leave there to die-

Chrissy Teigen: Driving Home from the Hospital with No Baby