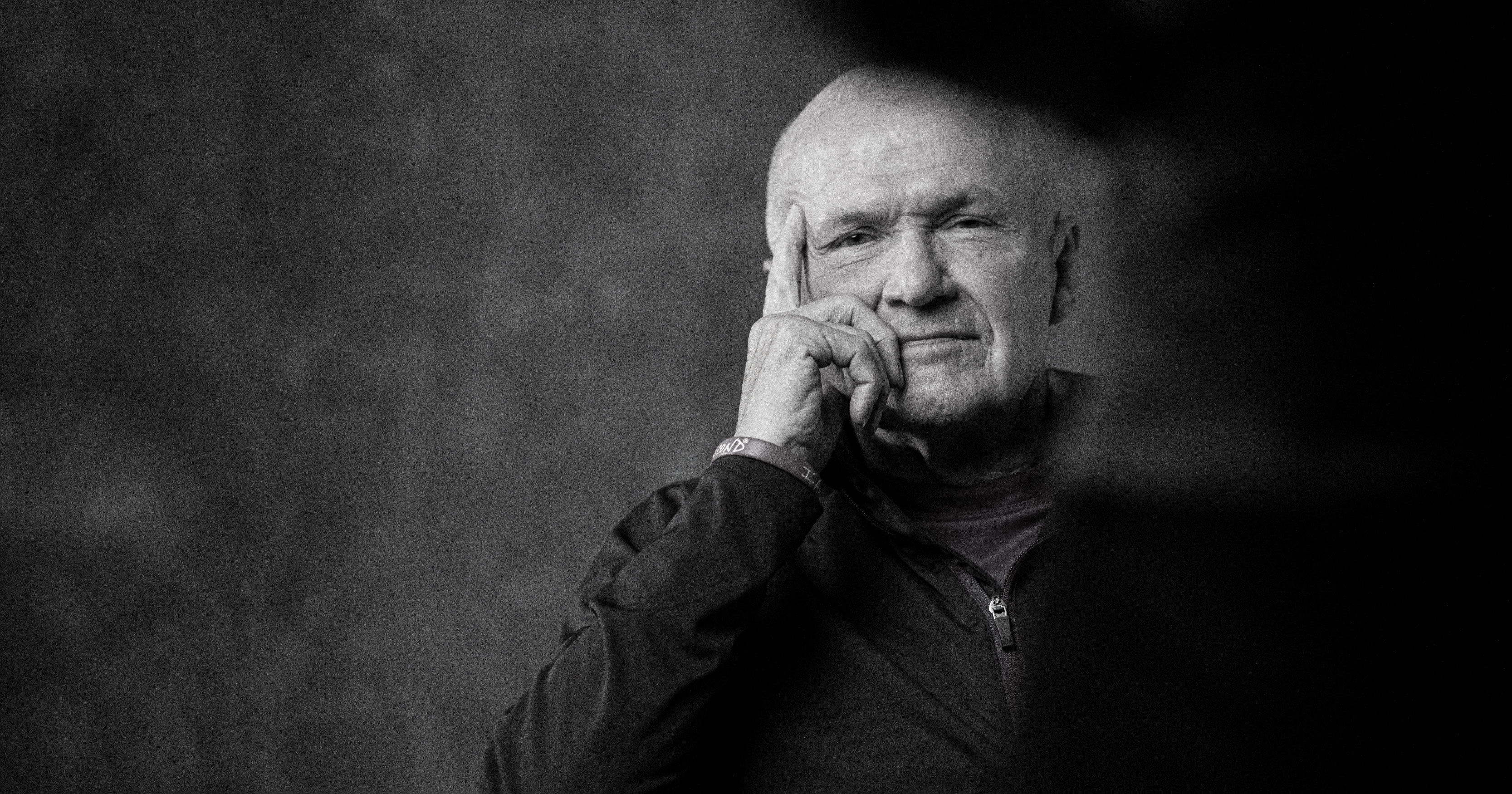 I started this year writing down some phrases on my whiteboard. Not resolutions, but phrases.

That’s because last year was a hard year. I’m still putting the pieces together to figure out why exactly. It’s a combination of mental health, job difficulties and family matters among them. And while those things mixed to form the sour soup that became 2022, something was left at the bottom of the bowl after I had drank it all.

For some reason, 2022 was filled with dwelling on past decisions I had made that could have been better. I’m not just talking about some bitter words to my wife during a disagreement. I’m talking about how I treated some people in middle school, what I did and said in high school and college, and I even began second-guessing mundane conversations and interactions with friends.

Now some of that is due to my diagnosed anxiety and OCD, and I’m learning to separate the “real” from “not real” like Peeta Mellark in “The Hunger Games.” But I've also done some genuinely awful things in my life. Actions, words, decisions. Things I wish I could take back a million times over.

Which brings me back to the phrases on my whiteboard. See, one of the things I’ve learned on this journey to Live Second is that our spiritual enemy – the devil – likes to use our pasts to keep us from moving forward. He likes to use those things we’re ashamed of and turn them into a pit of quicksand, keeping us trapped from going anywhere but in the past. It’s an effective tactic, I’ll give him that. And one I fell prey to a lot this past year.

But when we find ourselves trapped in that pit of unhealthy self-reflection, one of the best ways to combat it is with truth. That’s why I wrote this phrase:

“You are not a slave to past decisions.”

Friend, I know you may have done some awful things in your life. There are words, decisions and nights you wish you could have back. And sometimes you’d give anything to make them disappear. And instead of moving forward toward Jesus, you’re stuck looking at the potholes behind you.

Can I tell you some good news? You’re not a slave to past decisions. How do I know? Because God is a God of second chances.

Kalis is best known for his decades on TV in Nashville. He rubbed shoulders and interviewed some of the most influential people. He won awards for his reporting. And as a German immigrant, he got his second chance when he crossed a ship and arrived in the United States as a young boy.

But what he did after his time on TV stuck out to me: He began showing some of the most distraught or discarded people in this country that God is a God of second chances.

Upon retiring from the news business, Kalis decided to spend his life serving in prisons. Today, he visits a maximum security facility regularly and has forged relationships with some of the most hardened criminals this country has seen. And his message is simple, profound and needed: God is a God of second chances.

I know it may be hard to accept, but God still loves you no matter what you’ve done in life. He cares for you. Your past mistakes don’t define you in his eyes. He loves you just as much now as he did before and just as much as he will in the future. He’s inviting you to realize that.

How do we know that? Because littered throughout the Bible are examples of God giving second (and third, and fourth and fifth) chances to those who have messed up. Take King David, for example. The greatest king in the history of Israel did some horrible things. The most egregious being he had an affair with a married woman and then had that woman’s husband killed.

In other words, David is the exact man that Rudy Kalis would be offering hope to if he lived in the 21st century.

And despite his actions, God loved him. He still had plans for David. He didn’t discard him or abandon him. Instead, he offered him “hope and a future” (Jeremiah 29:11).

That’s the message for me today. I think it’s the message for you, too. I know I’m not alone in letting my past control me. As I said earlier, it’s one of the most popular attacks from our spiritual enemy. It convinces us that we are unworthy of God’s love. That we can never break away from what we’ve done. That we must pay perpetual penance since we messed up. That we might as well continue down that same path because there’s no hope.

That’s a lie. There is hope. And hope’s name is Jesus.

Ironically, the other truth is actually that we can never measure up. That our past decisions are bad and do separate us from God. That we are prone to past bad decisions and future ones. But the good news of Jesus is that he loves us anyway. Despite what we’ve done and will do, He has given us a way to still have a relationship with him.

Will we still make bad decisions? Sure. Will there still be consequences for some of those actions? Absolutely. But there’s a difference between accepting what’s happened and dwelling in the destruction. And that difference is found in Jesus.

That’s Rudy Kalis's message to the prisons every time he steps inside the barbed wire. But it’s also the message that you and I need to hear, even though we may not be serving a sentence behind bars. Because the truth is that so often we build prison cells for ourselves out of our past actions and decisions.

I’ll end with this. In Rudy’s new film, he quotes a verse from the Bible that we all need to hear. It’s Ephesians 2:10: “For we are his workmanship, created in Christ Jesus for good works, which God prepared beforehand, that we should walk in them.”

Friend, there is no caveat in that verse. It doesn’t say, “....unless you’ve done something really bad or embarrassing.” You were created for good works that God has prepared. So despite what you’ve done or said in the past, there is still hope. There are still “good works” for you to accomplish. There is still time.

Don’t let the lies like quicksand keep you from moving forward toward those things. Live in that freedom.