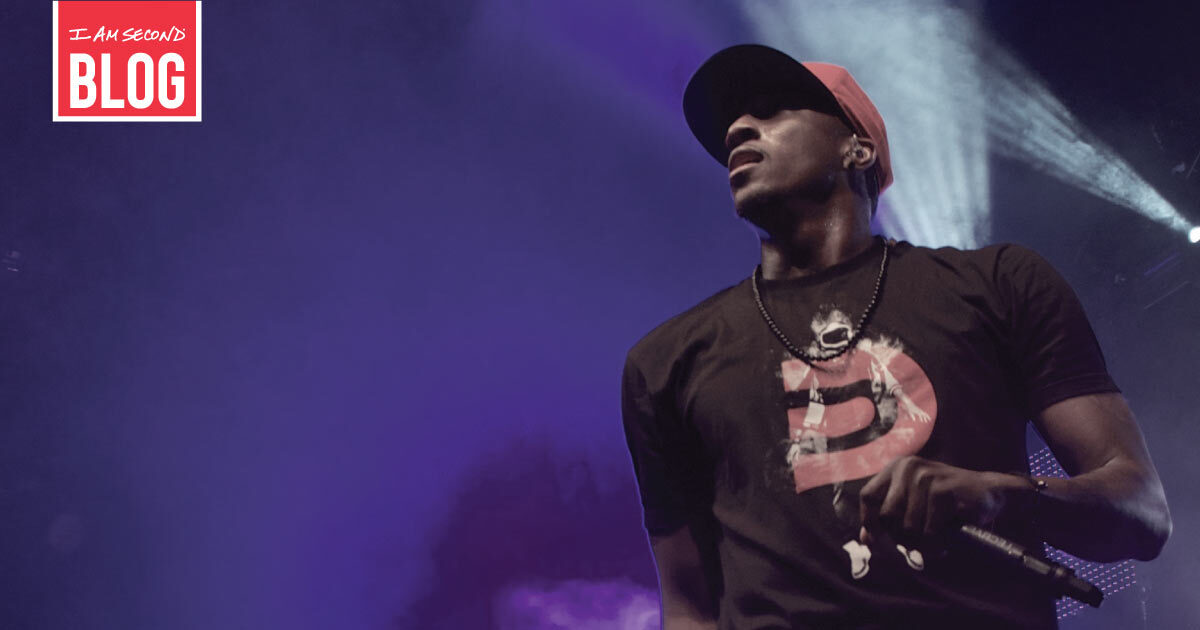 Lecrae has long been known for his profound lyrics and smooth beats, but now this award winning hip hop artist (2 Grammy Awards, 8 Dove Awards, and numerous others), has an album that’s pure heart. Restoration, his tenth studio album released last month, lays bare his struggle with depression, anxiety, grief, faith and more. I sat down with him to learn more about what was behind such a confessional album.

“Restoration is the idea that something broken can be returned to its original form or even better,” Lecrae said in the new interview describing why he chose the name. But it took him some years wandering in the darkness to even believe restoration was possible for himself.

“I feel like I blew up my life in a lot of ways,” he said. “I did not believe that things could get better.”

His opening track, “Restore Me,” talks about many of the struggles he’d been working through in recent years:

“I lost everything I had inside a couple years

Lost my faith, I lost my mind, I lost a lot of tears…

Oh my God, I feel dead inside, I feel like suicide”

“I wrote on the outside of my journal the word ‘Restoration,’” he says of the time he spent feeling broken and lost. “I wanted this [journal] to document my journey of restoration.”

As he began work on the album that word became the obvious title, a word that describes how God has come into his life and “taken something that is destroyed and broken and invested in it so it can become whole again.”

In our original interview with Lecrae, he shared the sense of fatherlessness that he carried with him throughout life having never known his father. When he released the short video series, “The Road to Restoration,” alongside his album, he revealed that he finally had the chance to meet and talk with his father.

“There’s no way I could know what’s on the other side of that relationship with my father, if I wasn’t willing to go through that tunnel of darkness, that tunnel of chaos, and say, ‘Let’s be vulnerable, let’s be transparent, let’s be honest.’”

He explains that being willing to trust God through hard times, not just hoping he’ll rescue us from them, is a big part of arriving at a place of healing.

“It’s being willing to go through that tunnel of chaos,” he says. “And it’s okay if you are questioning God, as long as they are aimed at him and not aimed just randomly outwardly. In the Psalms, David is still talking to God when he questions God. That’s the place I found myself in.”

Found at the very center of the Bible is a book entitled “Psalms,” a collection of songs and poems written by numerous authors including the famous King David. Before he was king, David spent many years running in fear from his life as another king sought to kill him. “How long, O Lord?,” questions a famous verse from one of his psalms, “Will you forget me forever?”

He questioned God. He laid himself bare, transparent, and honest before God. But he never gave up trusting that God would one day answer back. Lecrae found himself asking the very same questions during his long stretch of darkness.

“How long will this go on?” Lecrae described asking God many times. “When will healing come?”

But he learned that the same sense of bold honesty and transparency that helped reconnect Lecrae to his earthly father, opened new connections with his father in heaven. Trusting God enough to tell him your pains is exactly what opened him up to restoration.

“That’s the beauty of restoration,” Lecrae says. “It’s learning that God is not transactional, he doesn’t snap his fingers and make things go away. He’s relational. He wants to walk you through that process. That’s what I learned in my journey.”

He learned that his wife and kids needed deeper access to him too.

Lecrae has learned that God brings all of us through dark paths at certain points in life. In the end, God’s goal is always to bring us to a better place. The same opening track on Lecrae’s album that began so dark ends with this:

If that’s what it takes to know what I’m worth, restore me.”

Whatever you’ve got going on in your life, God has a plan and it’s a good one. Lecrae has recently come through (and is surely still working through) a lot of bumps in his life. But he has found the words of David to be as true today as they were three thousand years ago when they were first written. The time will come when we are each restored and then we can look back and “sing to the Lord, for he has been good to me.”

Watch the whole interview with Lecrae.