July 26, 2017 The Blog: On Second Thought, White Chair Stories, Relationships I Am Second 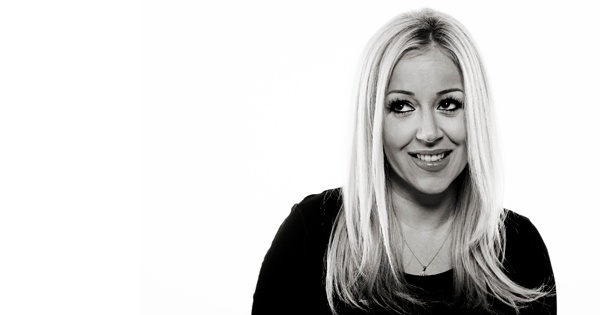 I’m currently the president at In-N-Out Burger, which was a little mom and pop burger stand that started in 1948 and grew to be pretty big.

It’s been a part of my life since I was born, being close with different people that work there. You know, it really got introduced into my life when my dad died. Both my parents were very loving. I remember being pretty cheerful little girl that was a little bit spoiled because my siblings were 12 and 16 years older than me.

My dad was really funny. He was a little bit eccentric. He loved to make people laugh, loved to laugh himself. He used to explain songs to me. We had this connection with music. We loved music. He spoke to me like I was an adult when I was 4 years old. He had this wisdom and discernment that I was going to be exposed to so many different things in life; that I was going to need that straightforwardness and that honesty.

And that's when I really started longing for that attention and that love because my dad was the greatest source for that.

Probably around age five or six we were going to visit my dad in the hospital. And, I thought it was just the hospital he was staying at, but it turned out to be a rehab. My mom explained it that he was just sick. It wasn’t until I was older that I realized he had a drug addiction, from different surgeries he’d had and a lot of pain he’d had in his past. Pain that he didn’t know what to do with.

It was really hard for me to see him fail and be weak because I knew how bad he wanted to be a good husband and a good father. It was a matter of time before the drugs and another woman, and then that was pretty much it. They got divorced when I was twelve.

And that’s when I really started longing for that attention and that love because my dad was the greatest source for that. One day, I was on my way to school and he’d called in the morning. I talked to him and I was rushing him off the phone because I had my hands full and that was the last time I talked to him. My world shattered.

After my dad died there was no way I was going to be alone. He’s gone, so I had even greater reason to fill the void. I got married at 18. I had graduated a few months before that. It wasn’t right. I knew that. That small still voice had told me don’t do this. And I did it. And I paid the price with a divorce.

Another divorce. Another affair. I couldn't feel like a bigger failure at that point. I just couldn't recover who I was.

And jumped right into the arms of someone else. At that point, I realized I’m pretty much the outcast in the family. Now, I’m divorced and I figured I might as well just embrace this. Started smoking pot, drinking, which were things I really wanted to stay away from after watching my dad. I realized that I’m going to follow the footsteps of my father and I’m going to meet an early death if I do not get right with God and follow him, because the enemy just wanted to wipe me out.

I could let go of the pot and the alcohol, but letting go of the guy was different, because being alone…I just didn’t want to be alone. I just was praying and asking God to give me the strength to do what was right. I knew that I couldn’t go back home that night and sleep with my boyfriend. I had to tell him, ‘Hey this isn’t happening. If you are going to do those things, don’t do them around me.”

He ended up getting saved, so I then I’m like “Okay, now we can get married.” It was the fast track. We got married in November. Was it really the right thing? I can’t say because I have two precious children from that marriage, but 6 years later, another divorce, another affair.

I couldn’t feel like a bigger failure at that point. I just couldn’t recover who I was. I was so alone. Didn’t last long. I ended up in another relationship. We ended up having a child together. We got married. And I married him because I didn’t want to be alone. He married me because of money. I was cheated on off and on for three and a half years.

The first time I found out he cheated on me I was like, “Well I deserve it. I’m paying for it.” He cheated on my while I was pregnant. Disrespected, never had I been talked to like he talked to me. Treated like trash. It was the worst time of my life.

You can see how someone who just wants that love and appreciation was just getting further and further from what she wanted. Started believing the lies that I deserved that, that God’s punishing me. The things that can be said can cut you very deeply and can change who you believe you think you are.

I just continued to put up with it. No way could I get divorced again. I mean how old am I and I’ve been divorced a handful of times, really? It was terrible. It really pushed me. God took me to a place that I’ve never been before and he showed me that in that time where I felt more alone than ever, more of a piece of trash than ever, more of a failure, that he was there. And he was ready to love me and fill that void.

And he’d been there all along wanting that, but he needed me to let go of that tangible person. It was my dad first, then it was the next guy, the next guy. I was never willing to just let go to see that God had something better.

I was forced to this time because this was someone who was just throwing me to the curb. I was divorced again. And I knew it was time to just take time away. That time alone was some of my greatest memories with God. It was an alone that was okay because I wasn’t completely alone because I had the Jesus that walked on water, healed the sick. I had that Jesus filling that void, touching my heart, pouring into who I’m called to be and who he sees me as, rather than who I’d believed I was because of the things I’d done.

I really value the love and good times I had with my dad but even that can’t compare to the love that God has for me. It likes you’re a little kid riding a bike for the first time and your dad is proud cheering you on because he helped you ride that bike. And God got me back up after all of these failures and he can lift me up and see me go forward and I know that he can be glorified.

And riding a bike and a proud dad and the Creator of the niverse being able to use you is like… wow.

My name is Lynsi Snyder and I Am Second.