I thought I didn't have a story 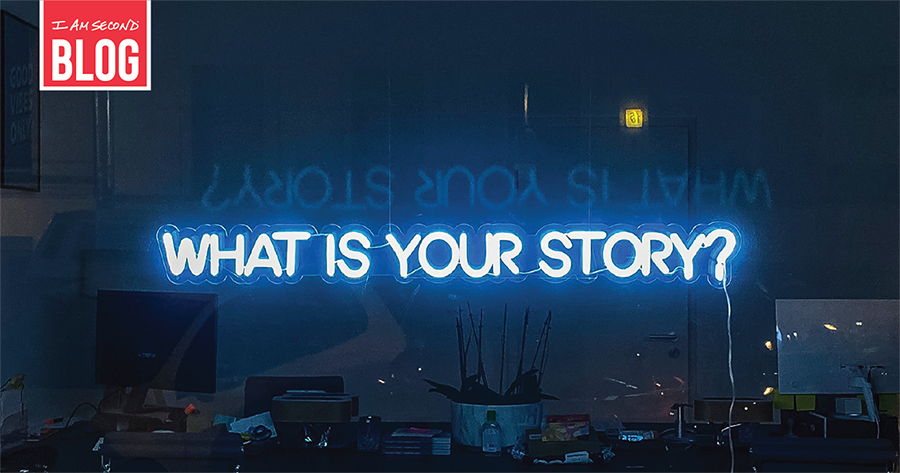 I never thought I had a story of my own.

In college I volunteered to work as an intern at a church. My first day on the job the youth pastor told me that he had scheduled me to speak at a local school gathering. I had never spoken in public before, but I agreed and started preparing. But when the day came, I froze. I got up on stage and forgot everything. My 25 minute talk became a 2.5 minute mumbling disaster. At the end I was a sweaty mess staring at the audience with nothing to say.

Then my youth pastor leaned forward from the front row of seats and said, “Just share your story.”

But I didn’t have one, at least not one worth sharing. I ended up just shaking my head and walking off of stage, embarrassed and ashamed.

The scarier part was my youth pastor had also committed me to speaking later that evening at a youth group.

“Don’t worry,” he had told me. “Just say whatever you say at the school.”

But that was obviously off the table now.

My youth pastor adjusted the plan and said, “Don’t worry about giving a sermon tonight, just share your story. Everyone has a story.”

Like a lot of kids who grew up in church, I only really half believed what I heard at church. I struggled to reconcile the amazing life transformation I saw in the stories of the Bible with the absence of such amazing change in my own life. I’ve never seen the Red Sea split, the lame walk, or the dead to rise again. I never thought God had done anything big or crazy in my life.

But having failed at giving any kind of sermon that morning, I got up at youth group later that night and told my boring story: I was a really lonely kid who found the love of God.

I got picked on a lot when I was younger. I moved a lot. And generally felt alone in the world. My prayers became shorter and shorter. Eventually I only had one request of God.

After asking God for this year after year, I ended up having a birthday party. I only invited two people, because I really didn’t think anyone would want to come. But my house was filled with people, people who considered themselves my friends.

I remember stepping out onto my porch that night having a very different kind of prayer.

That night I told a room full of teenagers what I considered to be my silly story about a birthday party. I was amazed at the reaction. People clapped. They cheered. They even gave me hugs. It’s been twenty years and there are still people from that night that I talk with who remember my story. I thought it was a simple, mundane story about a lonely kid who discovered that God loved him. But it turned out everyone feels lonely at times and knowing that God cares about them in those moments makes all the difference. My simple story helped people see that.

It turns out my youth pastor was right. Everyone has a story. And perhaps, it's the really simple and “mundane” stories that are the most miraculous. It makes sense that God would care about the important and powerful people in the world. But it’s even more amazing that he cares just as much about some lonely kid named Doug Bender who just needed a friend.

The My Second Story Challenge was created for just such a reason. Your story, no matter how simple or mundane you think it might be, is actually really powerful. Those little moments when the God of the universe stepped into your life and did something, answered a prayer or gave you comfort, is actually a huge miracle. And it’s a story that people need to know about because everyone has a story.

How I learned Jesus loves imperfect people like me