I AM the Foundation 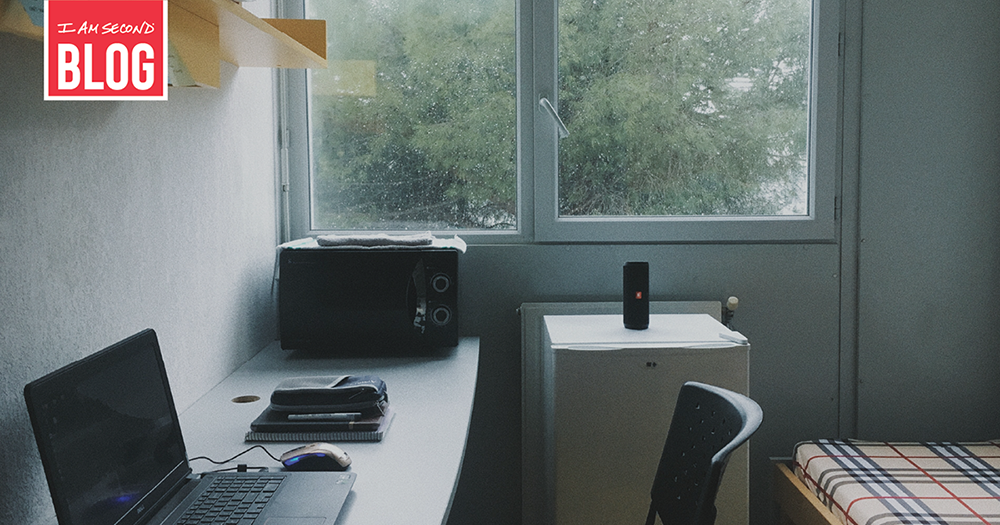 I curled up in the corner of my dorm room and cried. It wasn’t like when you watch a movie and your eyes get a little wet. No. I wept. Something deep inside of me just broke open and gushed out of my eyes. Nothing major happened that day. It was an ordinary day by most standards. I went to class. Worked on one of the papers I had due. I even hung out in the hall with some of the guys. But I got back to my room and I just lost it.

It started weeks ago with this empty gnawing in my stomach. I was hungry, but not for anything edible. I moved across the country to pursue my masters degree. But I knew no one within five states in any direction. The first month was all excitement and adrenaline. New classes, new people to meet, and a new direction in life. But this growing emptiness just widened to a chasm. On some level I knew what it was, but I didn’t want to admit it.

I was utterly alone.

I pushed the lonely feeling away for weeks. I had often suffered from low self-esteem and social anxieties, but in recent years I had made big strides forward. I felt strong and capable when I decided to make this big move. I had a broad circle of friends and support. But none of that mattered when the nearest friendly face was now hundreds of miles away.

After a good cry, I came to a new realization: I had built my foundation on people. And now I had no people and my foundation melted away. I needed a new foundation that would last.

That brought me to the story of Isaiah in the Bible. At the particular point of history when Isaiah lived, his country, known as Judah or Zion, was under threat. For over 250 years his country was strong and independent. But now this country sat squished between two great empires each wanting to gobble up this land and people. The king, fearing the worst, made allies with who he thought was the stronger of these two foes. He gathered his army, locked arms with this new ally, and went to war. But the war was lost. Every king and nation surrounding Isaiah’s little country was wiped away and destroyed.

Isaiah stood up and reminded the king of God’s words:

So this is what the Sovereign Lord says:

“See, I lay a stone in Zion, a tested stone,

a precious cornerstone for a sure foundation;

the one who relies on it

will never be stricken with panic.

In other words, “Hey king, you built your castle on the wrong foundation. Trust in God instead.”

It was a hard won lesson. It cost the king his army and nearly his kingdom. But when the great enemy gathered his army again and knocked on the king’s gate to finish the job, the king’s new ally, God himself, sent him a message:

“He will not enter this city. ...I will defend this city and save it.”

And wow! Did God ever. Isaiah then describes how an angel of the Lord came through and single-handedly wiped out 185,000 men in the enemy encampment. This was the ally, that really sure foundation, that Isaiah and his king always needed.

That moment I had in my dorm room, alone and weeping, has never left me. I was devastated and alone. Through a great deal of hardship, I learned that I had built my foundation on people and friends. I often look back at that moment when I’m tempted to do the same thing again.

Everyone deals with different challenges. Maybe you are dealing with loneliness or maybe it’s something else. All I can say is that I have learned a truth that applies to every challenge: God is the only sure foundation. He alone is guaranteed to get you through. Something else might work for a while, but only he will work every single time.