I AM the Bread of Life 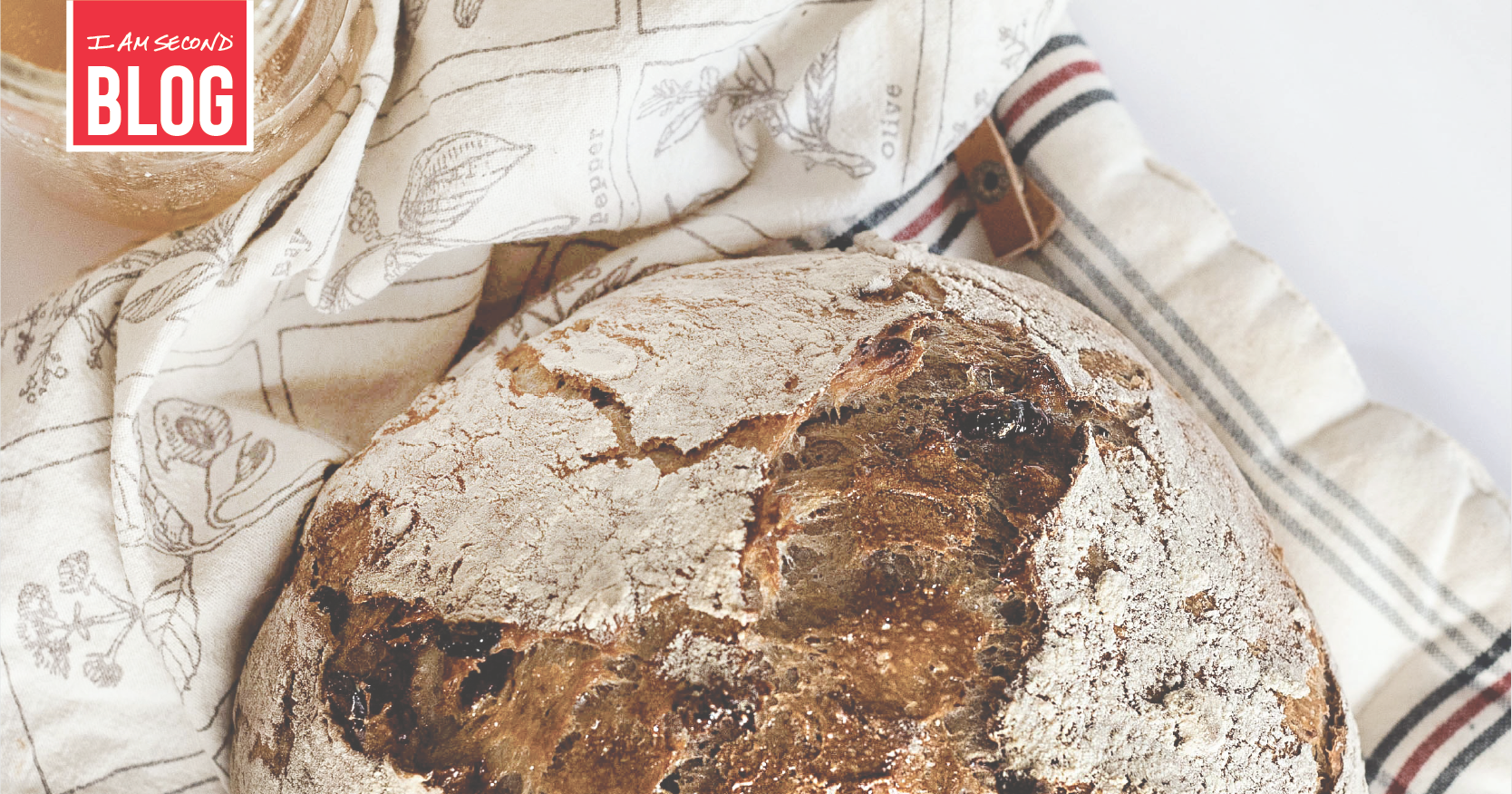 I once baked all my own bread for a full year. I started with a cup of flour and some water. I let it sit for a few days, each day adding a little bit more flour and a little bit more water. Soon my jar of goodness had the aroma of something halfway between a beer and a ball of dough. That’s when I knew I had cultivated my own home-grown yeast. This jar became almost my pet. I had to feed it every day with more flour and water. I even traveled with it, carrying this jar wherever I went for work to ensure the yeast would continue to bubble and grow and be ready for my daily bakes.

Then I found this guy who had rebuilt an old historical stone mill. He contracted with local farmers to grow specialty varieties of wheat, rye, and corn. He took these grains and ran them through his rebuilt stone mill. The taste can’t be replicated by the large batch stuff in the grocery store. He was expensive, but the artisan flour he created was worth every penny.

Then I combined the homegrown yeast with the artisan flour to create one of the simplest but most wonderful foods that humans ever created (at least in my opinion): bread. I made challah, ciabatta, baguettes, and more. Each day, I made new batches of bread. I made breakfast sweet bread, big crunchy crust bread, soft sandwich bread, anything my wife and I felt we wanted.

To put it mildly, I love bread.

That’s perhaps why I am drawn to the story of when Jesus made bread.

There was a large crowd of five thousand people who had gathered to hear Jesus teach. It was in a remote location outside a small village and the teaching went longer than planned. Soon the sun grew hot and the day grew long and the people were too far from the city to buy themselves food.

Jesus’ disciples wondered aloud what they would do with this hungry crowd.

“You feed them,” Jesus said.

But the disciples confronted Jesus with the reality of the situation. There were five thousand people gathered. Even if they bought all the fish from the local fisherman and all the bread from the local bakery, there would not be enough in this small village. Plus, the disciples didn’t have that kind of money to buy all that food!

Jesus decided to show them his power. Out of thin air, he made enough bread and fish to feed the entire crowd AND have leftovers.

I don’t know what that bread tasted like. But I imagine if the Son of God himself, who invented the idea of wheat and yeast and water, were to make bread then that bread would be unbelievable!

That leads to the next story in the same chapter of the Bible in John chapter 6.

Jesus famously (and miraculously) provided bread to feed a crowd of 5,000 people. The rumor of free bread spread fast. Sure, Jesus had some inspiring words about loving your neighbor and even healed the occasional sick person. But now he was giving out free homemade bread! The crowds were never so quick to gather. In fact, the Bible tells us that the crowds “found him” as if they were on the prowl for a can’t beat “meal deal” from Jesus himself.

“You are looking for me because you ate the loaves until you were full,” Jesus said, calling out their gluttonous motivations. “Do not work for food that spoils. Work for food that lasts forever.”

Now that would be quite the trick, wouldn’t it? Imagine one of those homemade holiday breads just sitting on the counter never molding, never going dry, just perfect and fragrant and warm forever. I get tired of turkey after the third cold turkey sandwich, but bread, I never get tired of good bread.

“Give us this bread!” the crowd demanded from Jesus. Bread that never goes bad, that sounded as fantastic to them as it does to us.

But they had missed Jesus’ point.

“I am the Bread of Life,” Jesus clarified. “Whoever comes to me will never go hungry, and whoever believes in me will never be thirsty.”

There’s a lot of happy activities and festive fun to be had this time of year and the food is never better, either. And as my family’s designated bread maker, I can assure you I’m probably baking bread even as you read this. But Jesus reminds us that no matter how great the holiday baked goods are, you will be hungry again. Only Jesus can satiate your deepest desires.

Remember that the next time you are tempted to eat in order to fill some empty longing in your heart. Or when you shop to hide your lack of purpose or meaning. And when you fill up your calendar with parties and concerts and the like, remember that friends and family, as great as they sometimes are, can’t fill up your soul.

Only Jesus can do that.

And like my mother always said, “Don’t spoil your appetite before the meal.”

There’s a lot in this world that will spoil your appetite for Jesus. A lot of things will distract you, mislead you, confuse and even hurt you. Believing in Jesus means you don’t believe in other things. You don’t trust in whatever this world is offering you, even if it’s as good as fresh bread with friends and family. Sometimes it means allowing yourself to just feel the hunger, not buying or eating or grabbing whatever you want right now and instead just refocusing on Jesus. Ever wonder if perhaps that’s why the Bible recommends the occasional fast?

Remember the real reason for the season is Jesus. Anything else you eat between now and January will leave you hungry again. As much as I love bread, I’ve learned to love Jesus even more. Feast on Jesus this Christmas season, and you’ll never be hungry again. And best of all, his bread is free. He bought and paid for it and offers himself to you if only you will trust and believe in him.

Lessons from a Modern Shepherd