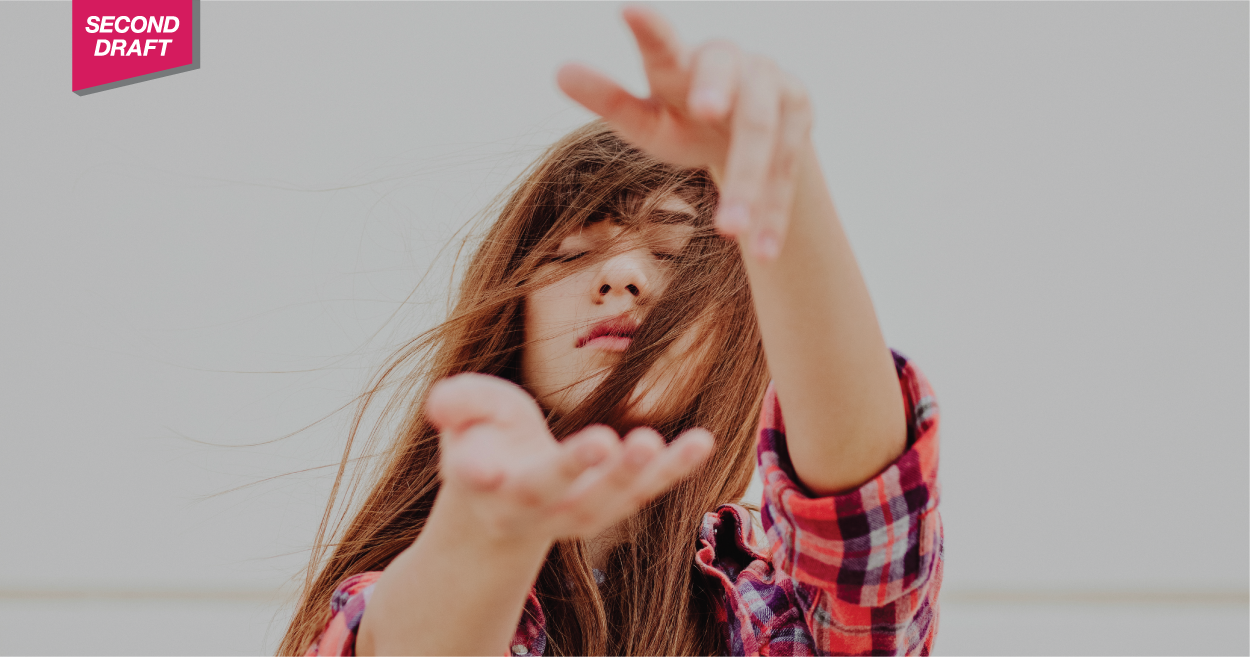 Unforgiveness made my heart feel like two clenched fists, white knuckled and rigid. This grasp on my heart was the result of my anger toward someone who had hurt me deeply. My anger had left the fists clenched for so long that I thought it would be impossible to loosen their grip. But a simple analogy helped me learn how to do that.

My biggest challenge was figuring out what forgiveness looks like. Cliché phrases only made it more confusing.

“It’s water under the bridge.”

How could I “forget” or “let it go” when the pain of the hurt was still very real? Could I only forgive if I’ve forgotten the offense another person had committed against me?

The analogy I learned was inspired by a parable that Jesus told, and it hit me like a ton of bricks when I realized how to practically apply it to my situation.

Say I’ve loaned a friend some money. It can be any amount: $10, $100, $1,000. I’ve loaned the money with the understanding that my friend will pay you back in a reasonable amount of time.

Weeks later, I check in with my friend to see if he has the money he borrowed. He doesn’t. In fact, my friend irresponsibly handled my money and lost it. Not only is my money gone, but the friend is broke and can’t repay the loan with any of his own money. He’s in my debt.

At this point, I’m out however much money I loaned him and I have two choices. The first choice is to leave my friend in debt and demand that he remain in that state until he’s paid back what he owes. I may even charge him interest. The second choice is to tell my friend he doesn’t owe me anything, releasing him from the debt.

In this analogy, the lost money is any hurt caused by another person. Just like the lost money leaves me hurting in my bank account, being wounded by a person’s words or actions feels like a punch to the heart. With a bruised heart, I have two choices to consider.

The first choice is unforgiveness. The person I mentioned at the beginning lied to me on multiple occasions, and I felt I was owed big time for that hurt. I held on to that grudge, that bitterness, that “debt” until I felt like that person could pay it back in full and then some.

The problem with the first option is I felt like I was getting revenge on the person who hurt me, but I was actually hurting myself more. I’ve heard it said that unforgiveness is like drinking poison and expecting the other person to die. When I drank the poison, my heart became like two clenched fists choking the life out of me. That is no way to live.

The second choice is forgiveness. In this scenario, you recognize the hurt that someone has caused you and then ask for nothing in return. You can imagine physically holding whatever the hurt is—harsh words, broken promises, etc.—laying it down at God’s feet and saying, “This person owes me nothing.” This is the option I eventually chose after years of unforgiveness, but wasn’t easy.

I struggled with this choice because the hurt doesn’t necessarily go away with forgiveness. I still clearly remember the pain of being lied to and relive it often. In the analogy, even when I have forgiven the debt, I’ve still lost money. But forgiveness isn’t about getting back what I’ve lost; it’s about living in freedom.

When I live in unforgiveness, I’m a slave to bitterness, and bitterness is a heavy load to carry through life. Forgiveness allows me to drop that load and move on without anything weighing me down.

I haven’t forgotten the hurt that someone close to me caused, but by being able to forgive the debt from that hurt, the grip on the fists around my heart loosened. Whenever the pain re-emerges, I pause, remind myself that I’ve already forgiven that person and move on. It’s freeing to not be encumbered by a grudge.

Some people, once forgiven, may not change, and you’re relationship with them may continue to be strained. But forgiven people who understand that they don’t deserve it can radically change. Just check out the plethora of I Am Second films where people recount how God forgave them of their mistakes and how their lives turned around.

You have more power with forgiveness than unforgiveness.

4 Lessons about Seeing Beauty in Brokenness from Darrin Ray