4 Lessons about Seeing Beauty in Brokenness from Darrin Ray 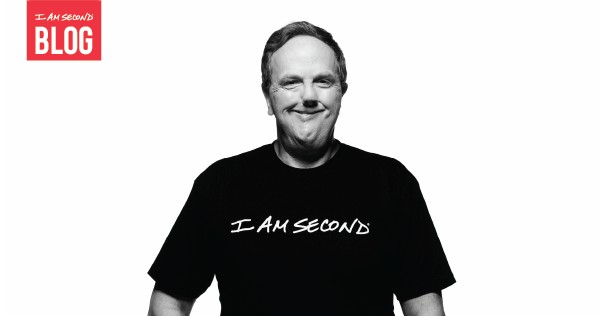 Darrin Ray—a pastor who ministers to seniors and those with disabilities—is familiar with pain. Born with a cleft palate and later enduring a car accident that left him severely injured, Darrin struggled to trust in God’s goodness. In his film, he tells his story about how he learned that God works in the pain and disappointment.

God Does Not Leave Us Behind

“I had a very lonely childhood, and that made me very bitter. I felt like God wasn’t much different from the bullies I had dealt with growing up. The bullies and other kids had left me behind, and here it is God having done the same thing.”

Darrin felt rejected in his childhood because of his birth defect. Though medical procedures attempted to give him a normal mouth, bullies at school made Darrin feel that he didn’t belong. He thought God felt the same way about him. But as his mom reminded him, God doesn’t care about beauty on the outside. God cares about the heart and has a reason for making people physically the way they are. Even when physical challenges don’t make sense, God has a good plan for them.

Trauma Can Be an Opportunity

“The front end of the car collapsed and crushed both my legs. I had acid burns on my arms from the car battery exploding. Even though I was wearing a seatbelt and the airbag went off, my head still went into the windshield, so I suffered major concussions. My left hip was shattered, my right lung was collapsed, and I was bleeding to death. I was broken. I was very broken. … And I wanted to die. But God had other plans. … I learned that limb loss is not equivalent to life loss.”

When an intoxicated driver hit Darrin’s car at 60 mph, Darrin was broken in more ways than one. He underwent multiple surgeries and ended up losing a limb. Once again, Darrin was bitter and angry at God. People around him reminded him of what the Bible says, but all he wanted to do was die. Finally, a chaplain asked him, “Darrin, do you really feel God has called you to be a professional patient for the rest of your life?” Darrin’s eyes were opened to the fact that this incident could be an opportunity from God to grow. God sometimes allows tragedy to happen so that others can know His love.

“They held a court hearing, a restitution hearing. I went before the judge and I asked the judge to forgive the amount of debt that this man owed us directly. The judge looked at me and said, ‘Why do you want to forgive this man that debt?’ And I looked at that judge, and I told him, ‘Because I have a Savior that forgave me my debts that I could never repay.’ … When I learned how to forgive this guy, it made me better and not bitter.”

When Darrin understood how much God had forgiven him, he knew he couldn’t withhold forgiveness from others. Even though he still has to live through physical trauma, Darrin realized he doesn’t have to carry emotional trauma. Forgiveness, though difficult, ultimately leads to freedom from bitterness.

“Growing up, all I saw was broken pieces. But God took those broken pieces, and He put them back into something completely different to make me whole again.”

Darrin had a lot of brokenness in his life—physically, emotionally, and spiritually. He used to see this brokenness as torment from an unloving God. Then, he learned that God can redeem any brokenness. God took a bitter child with a disability and made him a pastor who cares for others. Stories like Darrin’s happen every day for those who trust in God’s goodness.

Darrin’s life is a testimony to the beauty that can come out of brokenness. If you missed Darrin Ray’s film, you can watch it here. You’ll be glad you did.