Gold Medalist on What it's Like to not Make it Back 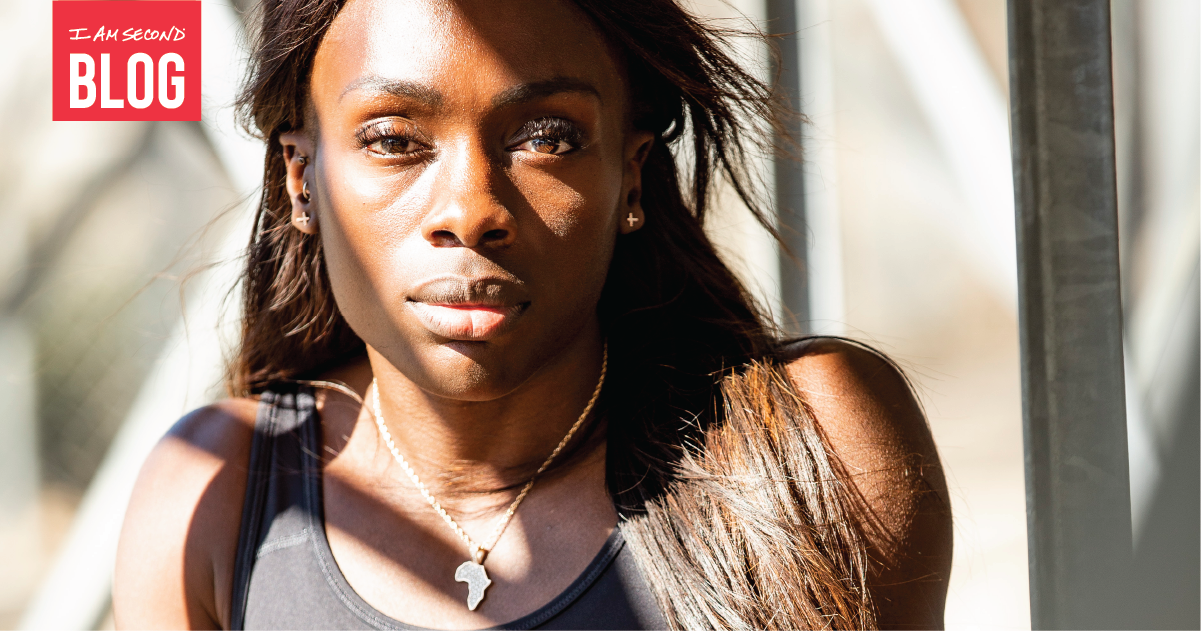 I’m not going to the Olympic Games.

On September 21st, 2020, about 2 months after the 2020 Tokyo Olympics were supposed to start, I had my first training session of the new season. I had one main objective – qualify for and compete in the Tokyo Olympics. Every race, repetition and run were with Tokyo in mind. I had decided this was going to be my year. I turned 27 this season, a prime age to run fast races as a female sprinter. I’m 3 years removed from an Achilles injury that could have but didn’t derail my career. I’m fitter, faster, stronger, and smarter than I ever had been. Plus, I’ve done it before. I won an Olympic gold medal at just 22 years old. There’s no reason why this shouldn’t be my year. But I failed. I’ll be watching the Olympic Games from home this year. My failure to qualify does not mean that I am a failure. Not being in Tokyo does not invalidate what I have already achieved.

Your personal goals probably do not include qualifying for the Olympic Games, but that doesn’t mean they are any less important or significant to you than mine are.

In the Old Testament book of Ecclesiastes, the author starts off by saying “Everything is meaningless, completely meaningless.” If you keep reading, you’ll discover that the author really means all our work is meaningless. Nothing we do or don’t do; achieve, or do not achieve, changes anything. The sun will still rise. The wind will still blow. The earth will keep turning. We’ll all be born, and we will all die. A few verses later, the author says “There is nothing new under the sun” everything that we see has been seen before. Everything that we hear has been heard before. Everything that we experience, has been experienced before, that includes disappointment, failure and falling short. We are not the first ones to experience it and we will surely not be the last.

Making the Olympic team was not a goal for me, it was the standard I established for myself. In 2016, at just 22 years old and fresh off my last NCAA Championship meet and season, I competed in my first Olympic Trials. I got 4th, made the team, ran the 4x100 at the Rio Olympic Games and won a gold medal. Not making the team was never an option for me, I never considered it as a possibility.

A lot had changed since 2016. I was no longer considered “young” in the sport. Most athletes, coaches, commentators and even officials knew who I was. I was considered a “vet”. I had made 4 global teams and competed at 4 major championships – 2015 Pan American Games, 2016 Olympic Games, 2017 World Championships and 2019 World Championships – winning a medal at each one. I had suffered and recovered from an Achilles rupture. Even if I wasn’t coming into the competition with the fastest qualifying time, I was considered a threat because I know how to compete at these meets. I understand the pressure and what it takes to perform well here.

I arrived in Eugene, Oregon aka Tracktown USA, the site of the Olympic Trials 3 days before the first round of the 100m dash. From the moment I arrived, something was “off” about me. I didn’t feel like myself. The closer it got to race day, the less I slept and the more my appetite decreased. I didn’t and couldn’t identify it then, but I was feeling an enormous amount of stress, anxiety, pressure, and expectation to be great. I wasn’t excited to compete or to make the team. I was scared of disappointing myself, my family who had flown to watch me compete, my friends gathered around TVs supporting me. I was terrified of failing.

I stood at the starting line behind my blocks waiting for the “Runners, on your mark” command that I have heard hundreds of times in my life. I noticed my hand was shaking, I literally couldn’t get it to be still. I quickly concluded it was due to the caffeinated energy drink I had in the warmup area, not nerves.

There was some commotion.

Then there was complete silence.

The gun went off.

Everyone crossed the finish line.

I looked up at the scoreboard to see that I did not make the final.

I didn’t give myself a chance to compete for a spot on the 100m team because I wouldn’t be in the race.

I cannot remember those 11 seconds. I don’t recall what I was thinking, what I was feeling. If I thought I could pull out an epic comeback. I have nothing.

What I do remember is feeling shocked, confused, sad and surprisingly…relieved.

Shocked because this had never happened to me before, I always made the final. I was confused because what do you do after you fail to make the final? Relieved because all that pressure I had been feeling fell off, there was no more expectation to be great. I cried a lot of tears, I’m still not sure why I was crying – but it felt like the appropriate response, like what I needed to do in the moment.

I pulled myself together, or at least I thought I did, and found my family sitting in the stands. I sat next to my dad and he hugged while I cried the last of my tears. He told me that this would be the last time I’d cry about it – it was. He told me “the worst thing that could possibly happen, had already happened.” It was far from the worst thing that could actually happen, but I understood what he was saying. I was facing everything that I had been terrified of. Sitting there with my dad, mom, sisters and two of my best friends in the entire world – all there for me – I realized it didn’t matter. The “it” was everything. The failure didn’t change anything. Success wouldn’t have changed anything either. Just like the author of Ecclesiastes said, “everything is meaningless.” No amount of hard work, success or failure would change anything. The sun was still going to go down that night. My friends and family were there because they love me. Their love for me wasn’t going to change in success or in failure.

I didn’t sleep much that night – I saw the sun come up before my mind finally let my body rest.

But the Olympic Trials were not over.

A few days later, I stood at the starting line behind my blocks, again. This time for the 200m dash. The goal was the same: finish in 1st, 2nd, or 3rd place to qualify for the Olympic Games. It had been several years since I focused on the 200m dash, but I had decided not to let that matter.

This time I was running from a place of freedom. I was having fun. I didn’t care what the outcome was because I realized that it didn’t matter. In the first round of the 200, I ran a personal best time – for the first time in over 5 years. In the semi-final of the 200, I ran another personal best time and qualified for the final. I had never qualified for the final of the 200m at a USA Championship or Olympic Trials meet before. The 200m final was one of the fastest 200m races in history, (it might actually be the fastest ever). I got 8th place. I didn’t run a 3rd personal best, but my time in the final was faster than my personal best coming into the meet.

I know that my job on this earth is to spread the gospel of Jesus. I know that my gift of speed and running is from Jesus. I know that I’m supposed to use my gift to spread His gospel. Somewhere along the way, that got lost for me. Running became more about me and less about Him. Your gift in life is probably not Olympic speed, but you for sure have a gift. As my friend Jamie Ivey said in her book, “your talents were never meant for you. They were given to you so that you could serve others.” Whatever gifts and talents you’re holding on tight too, let go of them. They were never yours in the first place.

No matter what you’ve “failed” at today, this week, this month, this year or this decade – it will work out for good, as long as you’re walking in His purpose. 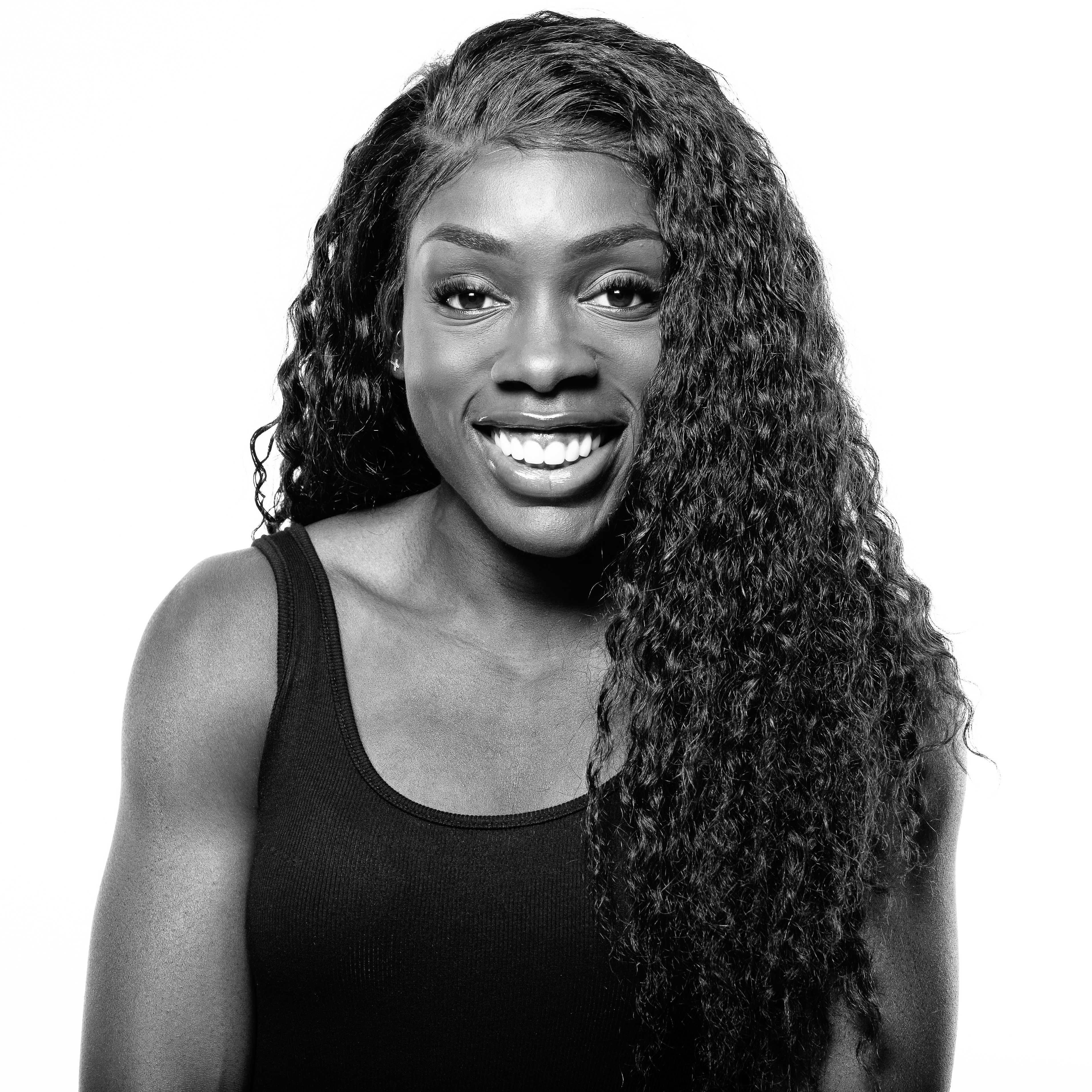 5 Steps to Win at Life as Told by MLB Stars